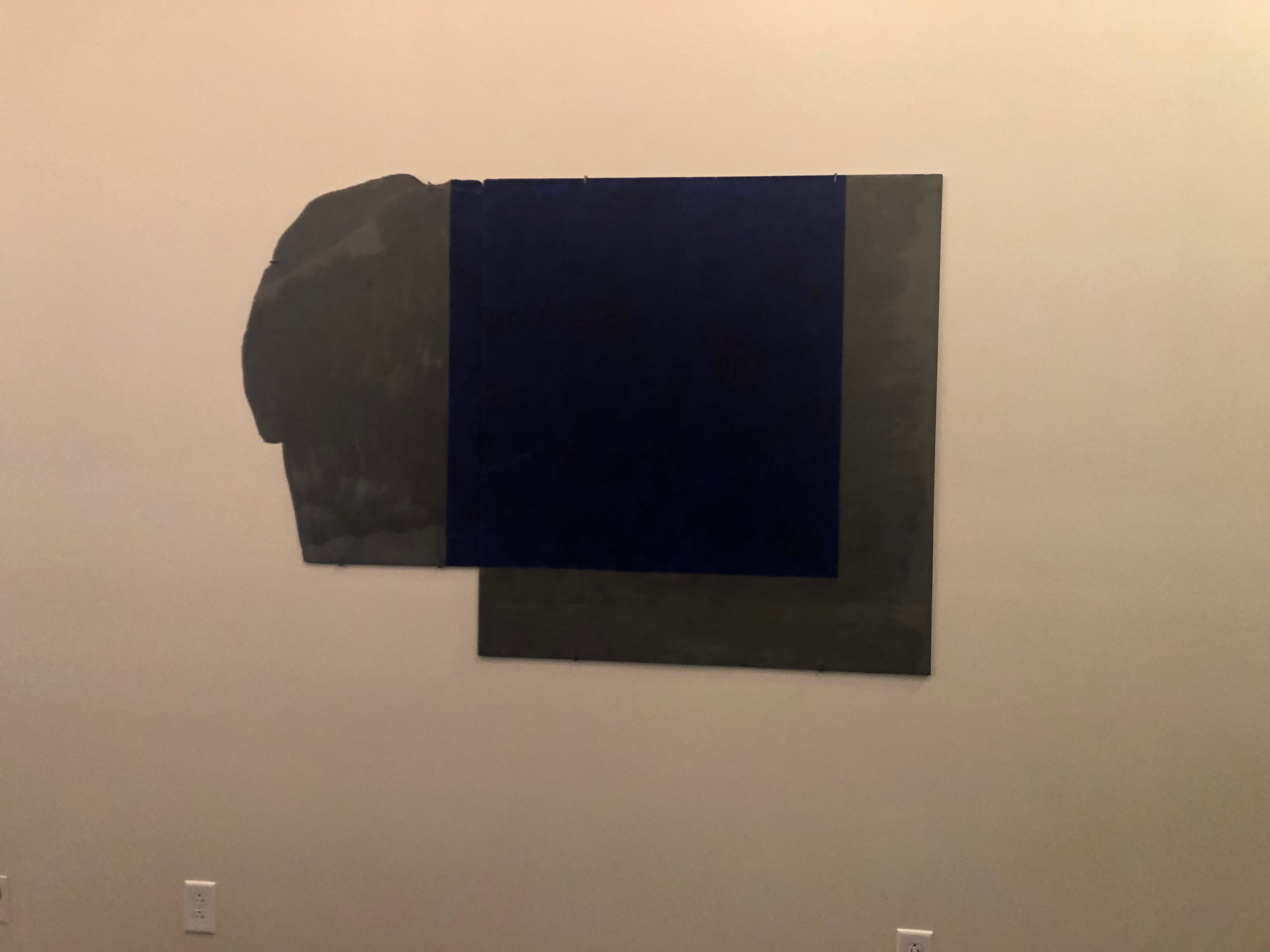 Merrill Wagner is known for painting on ‘non-traditional materials’ such as slate. (Photo by Jennie Richardson ’20)

Renowned artist Merrill Wagner has been creating art for more than fifty years. Now, a piece of her art is permanently on display in the lobby of Buck Hall.

The work, a 1988 painting titled “Sand Hill Road” was an anonymous gift to the college as of 2018. It stands out amongst the wall behind it with its midnight blue color, and it possesses a rough texture, as it was painted on slate.

In fact, Wagner is known for painting on “non-traditional materials,” according to the group of artists and professors who spoke in the discussion honoring her painting on Wednesday evening.

Wagner herself was present at the reception to honor her work. Also in attendance was Naomi Antonakos, whose late husband artist Stephen Antonakos was recognized at the ceremony as well. Stephen’s light-up exhibit is on display across the room from Wagner’s piece.

Wagner, according to her website, has had ninety-four solo exhibitions since 1970 as well as a number of group exhibitions. As explained during the reception, Wagner has been creating art for more than fifty years. She has taught art at the University of Puget Sound, Princeton University, and the Parsons School of Design at The New School.

Wagner started working on slate when she received a number of chalkboards from a school that had been planning to dispose of them. Wagner kept the chalkboards and began to paint on them to create her art. She has been working on other non-traditional materials, since the 1970s, according to the reception.

For instance, in the 1980s, Wagner completed a project that involved painting squares on fences and walls and taking pictures of them over a period of time, to examine how the materials changed.

Naomi expressed her liking for Wagner’s “acceptance of the natural world” in her work. The piece on display in Buck Hall is still intact besides a small chip in the slate, revealing the versatility of Wagner’s work on various mediums.