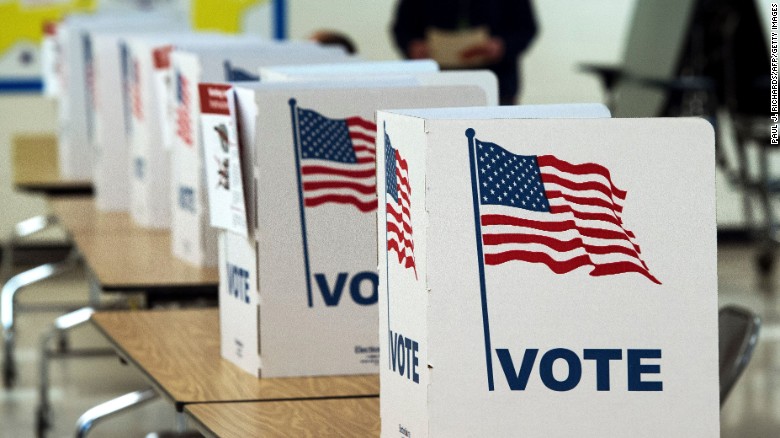 Shortly after the polls closed on November 5 in Northampton Country, where Lafayette is located, the county election offices began to notice abnormalities in the vote counts for the judge’s race between the Democrat Abe Kassis, and their opponent, the Republican Victor Scomillio.

“[Kassis] had just 164 votes out of 55,000 ballots across more than 100 precincts. Some machines reported zero votes for him,” according to the New York Times. “In a county with the ability to vote for a straight-party ticket, one candidate’s zero votes was a near statistical impossibility. Something had gone quite wrong.”

Northampton County experienced an “unfortunate mishap” with their voting machines, and it is unknown why other neighboring counties who use the same voting machines, such as Warren County, New Jersey, did not experience similar issues, John Kincaid, professor of government and public service explained in an email.

“It was a bit of a nightmare for me because I was one of PBS 39’s election-night commentators. We couldn’t say much about Northampton County because we did not get vote totals even though some candidates were declaring victory anyway,” Kincaid wrote.

As these results were clearly incorrect, election officials’ hand-counted the automatic paper ballots generated by the faulty machines. These counts revealed a narrow win, at 26,142 to 25,137 votes in favor of Kassis, according to the New York Times.

“After the 2000 presidential-election debacle in Florida, with its infamous hanging chads on punch cards, the U.S. Help America Vote Act of 2002 emphasized high-tech voting. This emphasis became a nightmare because of vulnerability to hacking,” Kincaid wrote.

There are 3,141 counties in the United States, and all elections, ranging from federal to local elections, are administered by county governments in 48 states, according to Kincaid.

“Most states allow counties to choose their own state-approved voting method. Thus, some of Pennsylvania’s 67 counties use paper ballots while others use machines,” Kincaid added.

Neither paper ballots nor electronic voting machines are superior, Kincaid explained. Such as in Northampton County, voting machines can malfunction. However, returning to the paper ballot is not feasible in many urban counties, as they have millions of voters. For example, Los Angeles County had 5,306,704 registered voters in 2018.

“The great irony of contemporary voting history is the desire to return to the most primitive voting method—the paper ballot,” Kincaid added.

There are concerns for the upcoming 2020 presidential elections, as the faulty machines led to questioning if paper ballots made by these machines can be trusted, the New York Times stated.

Election officials are unsure if the faulty results of the latest election were due to a bug or meddling with the voting machines, according to the New York Times. However, Kincaid said that there is no evidence of outside meddling, and when meddling occurs, it tends to be through influencing voter choices on social media and hacking into voter registration systems. Outside influence on elections is not done by changing vote totals.

“Our elections have had much more integrity since the 1960s than they did during the previous 180 years of U.S. history when ballot-box stuffing and other chicanery were common,” Kinkaid wrote. “In the past, urban and rural political machines regularly tossed out ballots, stuffed ballot boxes, got dead people to vote, prevented African Americans and some others from voting, and had people vote multiple times.”

“As they used to say in Chicago,” Kincaid added, “‘Vote early and vote often.’”