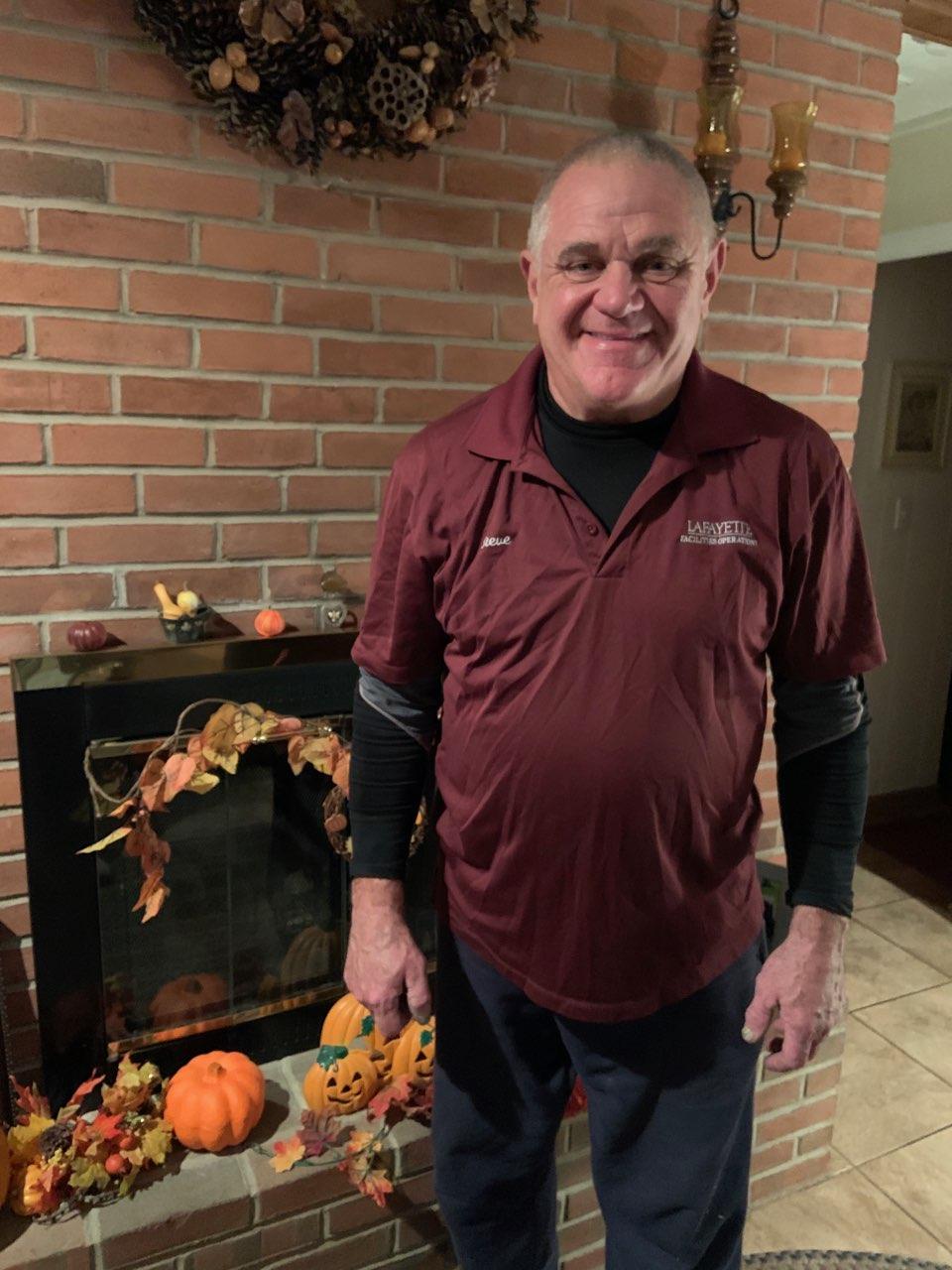 Steve Tashner lives 10 miles away from campus with a ‘flock of animals.’ (Photo courtesy of Steve Tashner)

Easily identified by his cheery, gentle smile and fluorescent green safety suit, Steve Tashner has quietly observed and shaped the changing landscape of the campus through his work as a groundsman during his 18 years at the college.

Raised on a farm in Pennsylvania, Tashner grew up doing the same sort of planting he would later do full time during his 40-year career landscaping. In his own words, “[his] affinity for the ground is quite high.”

Throughout his nearly two-decade long tenure at Lafayette, Tashner said his job has included a lot of responsibilities that are integral to keeping the campus functioning and welcoming for students, faculty, staff and guests of the college.

It is a job which the 64 year-old Tashner said he does not plan on relinquishing fully when he enters semi-retirement this coming February. With an offer of work as a personal gardener to the Acopian family, as well as the possibility of occasional shifts back at the college, Tashner is not anticipating an idle retirement.

Several years before joining the Lafayette community, Tashner attended Penn State as a journalism major, where he said he found himself enchanted by the college’s greenhouse. Today, he lives about 10 miles from campus with his wife and a “flock of animals”, which includes three dogs, three cats, 13 ducks and one turkey.

A half-acre pond on his property allows him to make use of his paddle boat and canoe, as well as to fish for trout and bass, sometimes in the company of co-workers or his son. He is also an experienced camper, taking annual trips to Pine Creek with his wife and journeying to Elk County every couple of years.

Tashner said he hopes to continue to pursue these activities, as well as to travel, after he retires from Lafayette. Most recently he and his wife visited Iceland, where they spotted the Northern Lights, though it was not Steve’s first encounter with them.

The best place to watch the stars in Pennsylvania, according to Tashner, is Pennsylvania’s own Cherry Spring Park, one of the darkest places in America.

Tashner’s interests are not solely confined to the outdoors, however. Having studied writing in college, where he also published a short story, Tashner has spent much of his off time writing and creating stories. He has also written poetry and developed his own tales for his family, creating a corpus of children’s stories which he calls “The Tiddlebaum Tales.”

When the winter season arrives, in addition to snow removal, Tashner also plays Santa Claus at daycare centers, senior centers and other locations, a job he has done for about a decade.

As he prepares for retirement in the midst of the ongoing college expansion, Tashner reflected on the college’s direction and how it has changed since he first started working here.

“There’s been a lot of growth, both physical and the buildings and whatnot and the student body is increasing. I think the physical appearance of the campus has improved since I’ve been here,” he said.

“There’s more work to do, and our ground staff is a little small, and hopefully in the future, it’ll grow [so the campus will be] easier to maintain because every time you add these buildings and all these giant shrub beds and plantings you need people to take care of it.”