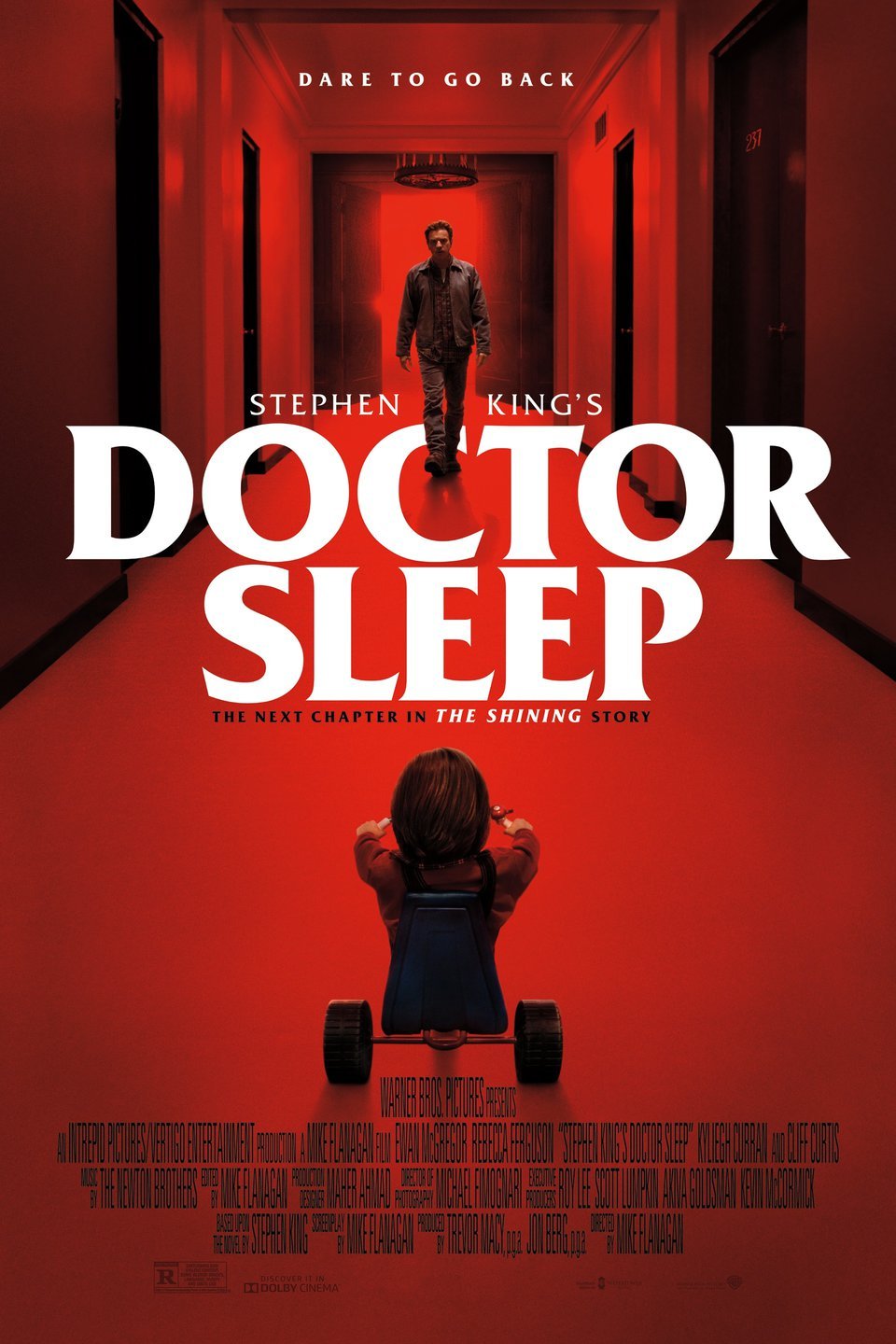 ‘Doctor Sleep’ plays homage to its predecessor, “The Shining”. (Photo courtesy of IMDB)

“Doctor Sleep,” the sequel to Stanley Kubrick’s adaptation of Stephen King’s novel “The Shining,” is here at last, taking place nearly 40 years after the original film.

Dan Torrance (Ewan McGregor) encounters young Abra Stone (Kyliegh Curran), who shares his psychic “shining” abilities. She comes to him after encountering a cult of vampiric psychics called the True Knot. Desperate to feed on Abra’s “shine” to prolong their life span, the Knot hunts her down, forcing Dan to help her defeat them.

The film depicts Dan having grown up traumatized by his childhood experience in the Overlook Hotel. Not only do the hotel’s ghosts continue to haunt him, but he also inherits his father’s demons after succumbing to alcoholism. As he struggles to defeat the True Knot, he also has to confront the ghosts of his past and control them before they consume him forever.

While exploring Dan’s dark past, the film pays homage to its predecessor in a way that will satisfy fans of Kubrick’s cinematic masterpiece. From the sets to its musical score, “Doctor Sleep” recreates scenes from the original film to near-perfection. Through this, the film analyzes how history repeats itself and one man’s fight to escape its dark loop.

McGregor’s performance as Dan perfectly embodies the struggles of someone dealing with both addiction and childhood trauma. At the same time, Rebecca Ferguson provides a terrifying presence in her role as the Knot’s everlasting leader, Rose the Hat.

While the film may seem too derivative of the original, director Mike Flanagan (“Gerald’s Game,” “The Haunting of Hill House”) combines the Kubrick’s visual style with his own to create a surreal, dreamlike aesthetic. Likewise, Flanagan’s deep and vivid brand of storytelling elevates this film to make it stand out on its own.

Though King was famously displeased with Kubrick’s interpretation of “The Shining,” “Doctor Sleep” remains loyal to both stories, giving fans of the film and the novel a sequel they all deserve.