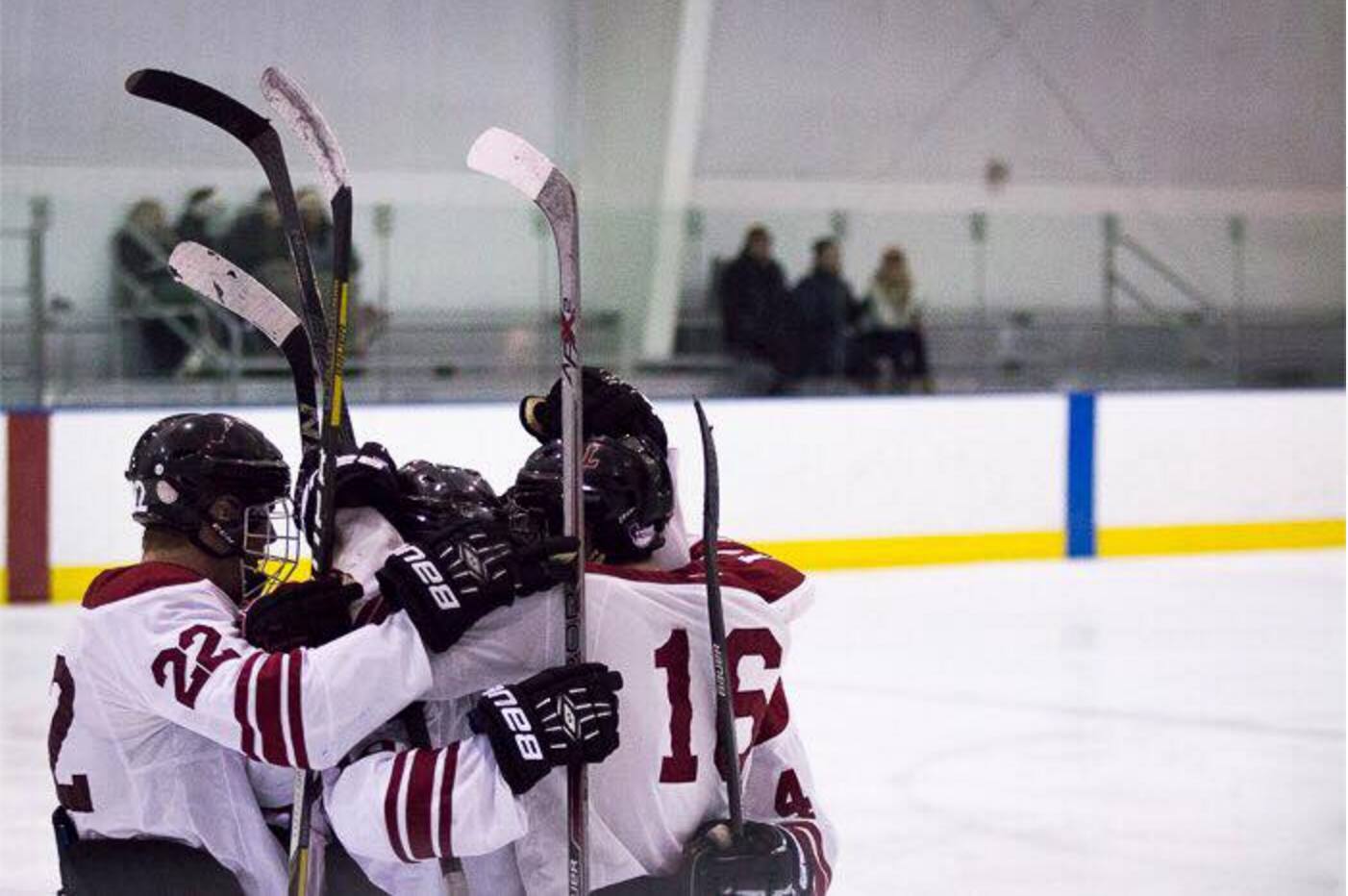 The team will face Lehigh and Bucknell before the six-week winter break. (Photo courtesy of the team’s Facebook page)

“Going into this weekend we were 2-4 in our league, which isn’t great, so we needed two big league wins to get back to .500 and stay in the playoff picture,” senior forward Jack Alden said. “So everyone was pretty fired up for that, [we] ended up getting two wins which was huge.”

Against Bucknell, the Leopards got off to a quick start with a goal in the first two minutes. Freshman forward Dylan Maloy found the back of the net off assists from senior forward Harrison Lapides and freshman forward Noah Katz. The first period ended with a 1-0 Lafayette advantage.

The Leopards notched their second goal just 12 seconds into the second period, when sophomore defender Luke Woodward and Alden assisted senior forward PJ Webb’s goal. Sophomore forward James Kiley followed with an unassisted goal just over a minute later at 18:47, before Lopresti scored 22 seconds later for his first of the game. He notched his second goal at 11:27 and Lafayette ended the period with a 5-0 lead.

“Lopresti has really stepped it up this year,” junior defender Calvin Sharp said. “His speed, he’s really put it all together with his scoring and flying past guys the whole season.”

Bucknell scored early in the third period to narrow the deficit, before Lafayette tacked on two more goals. Lapides connected on a power play goal set up by Woodward before Kiley scored his second goal off assists from Lapides and senior forward Will Murdoch. Freshman goaltender Ted Fischer made 23 saves in Lafayette’s 7-1 win.

“It was one of the more complete games we played all year,” Sharp said. “To take it to a team like Bucknell that has given us trouble in the past couple of years in such a convincing way was pretty big.”

Against Alvernia, the Leopards had some extra motivation after being knocked out of the playoffs by the Golden Wolves last year. Lopresti picked up right where he left off, tallying the game’s first goal at 13:43 off assists by Kiley and Murdoch. Alden recorded an unassisted goal shortly after, but Alvernia quickly responded with a score of their own just 14 seconds later.

Alden found the back of the net once again to close out the first period, as the Leopards went into the break with a 3-1 advantage. Webb and junior defender John Schroeder picked up assists on Alden’s goal.

“I was really impressed with [Alden],” Sharp said. “It seemed like when he was going out on the ice, they just couldn’t stop him.”

Sophomore Tyler Sharinn accounted for all of Lafayette’s offense in the second period, scoring his first goal at 17:52, with an assist from Alden, before converting a power play goal later in the frame. Kiley and Schroeder assisted on the second tally, and the Leopards ended the second period up 5-1.

“Tyler had a really strong game against Alvernia,” Sharp said. “He was in the right spots, had a couple of really smart shots in the slot and got himself open.”

Lopresti opened the third period with his second goal, with the assist credited to Schroeder for his third of the game, and Lafayette held on for the 6-1 win. Sophomore goaltender Jack Eselius made 26 saves.

“We’ve got a lot of offensive firepower, which is great,” Alden said. “Every game we’ve got at least four guys getting on the scoresheet which is huge.”

“We played faster paced against Alvernia because they’re a bit of a better team,” Sharp said. “I was even more impressed with how we performed. From the first puck drop we took it to them the whole game.”

After being knocked out of the playoffs early on last year and getting off to a slow start this fall, Alden said the two wins were essential for the team’s morale.

“This weekend was huge for making a statement as our team, really what we’re about,” Alden added. “Kind of a defining moment in the season, we really want to do this and everyone’s buying in.”

Lafayette travels to the Steel Ice Center tonight to take on rival Lehigh in Bethlehem with puck drop scheduled for 7:45 p.m.