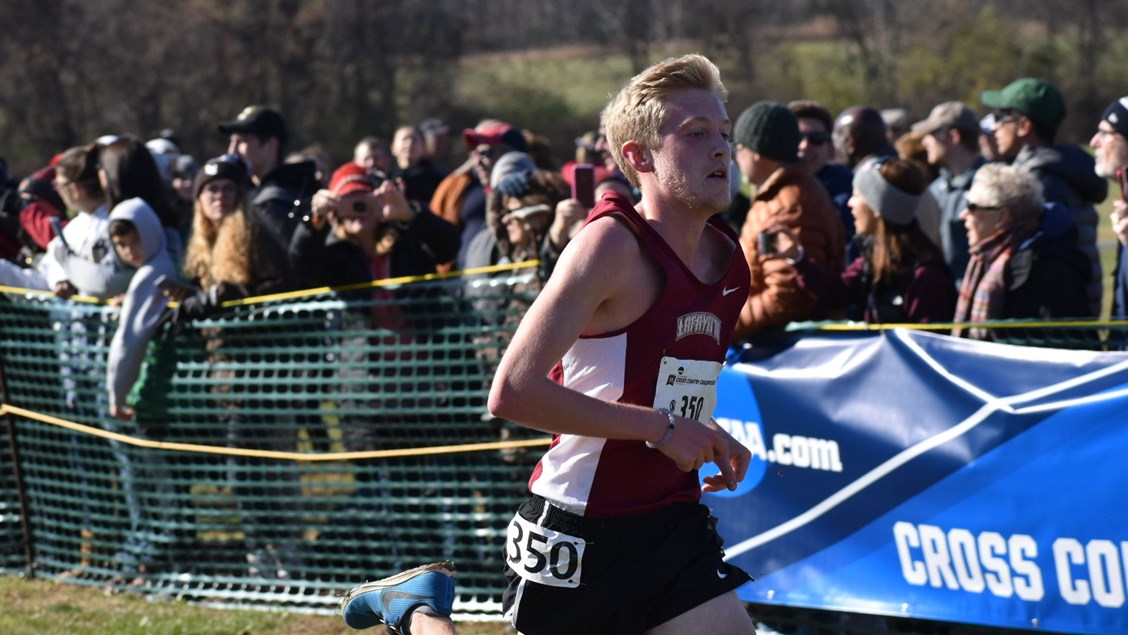 The Lafayette men’s and women’s cross country teams both placed 17th at the Mid-Atlantic Regional Championships last weekend, the highest finish for the men since 2005 and the women since 2009.

“The goal was to not just [to] improve one spot, but our goal was to improve a couple of spots; move into the middle range of the Patriot League, try to be top-15 in the region, and to challenge the team in their thinking and their goals,” head coach Michele Curcio said. “Both [teams] stepped up and took that challenge to heart.”

“They set some high goals, and sometimes it’s okay if you don’t reach them, because you’re shooting for something that’s going to make your team a lot better and prepare you for the future,” she added.

Freshman Rachel Hurley was the top individual finisher for the women’s team, earning 66th in the 208-runner field in a time of 21:41.9.

“I knew it was the last race of the season, so I just wanted to put it all out there and have a good hard race,” Hurley said.

“I think my times met my expectations,” she added. “We ran the same course earlier on in the year, and I was nervous that I had peaked too early, but I was able to beat my time, which was very exciting. Overall as a team we all ran faster than last year, which was exciting as well.”

Freshman Rebecca Hartman, who wasn’t even slated to run, hit her personal best after she replaced someone who was sick. She finished in 22:51.6 and placed 145th.

“For [Hartman] to step up and do that was great to see,” Curcio said.

“We all have been working very hard all season, and have been very supportive of each other through every race, practice, and workout,” Hurley said. “We try to carry that positive energy forward to the race.”

Freshman Robert Oehrlein led the Leopards on the men’s side, finishing the course with a time of 32:11.4 that placed him 72nd out of 175 runners.

“I’d never ran 10k before, so I was excited to finally do something longer distance,” Oehrlein said. “I was definitely happy when I saw my time when I finished, it was right around where I was hoping I would end.”

Curcio credited assistant coach Mike DuPaul, who handles the distance runners, with getting both teams “prepared and motivated” for the race.

“A lot of it was staying healthy and not having anyone go down with injuries, running a bit more mileage with some intensity in workouts, and as a group coming together and motivating each other,” Curcio said.

“Our goal was to get top-15 in the region. We got 17th which [we] were still happy with, because we moved up four places from last year, which is a big improvement,” Oehrlein said. “We will have a really strong pack again next year, so we’re still looking at the season as a positive because we know next year will be even better.”