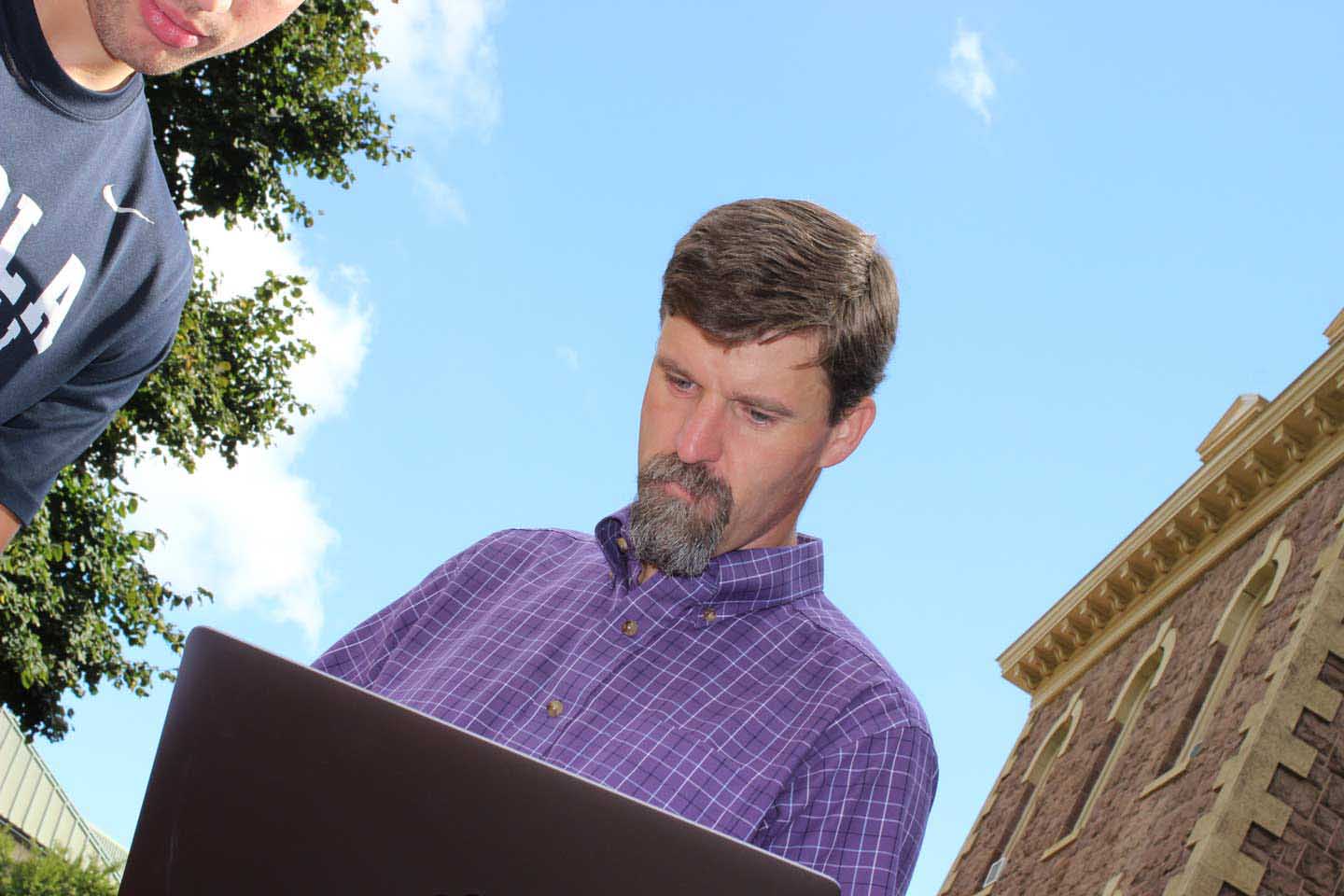 Math professor Trent Gaugler has used statistics in his work and consulting across numerous disciplines. (Photo courtesy of Lafayette Communications)

The famous supersonic commercial airliner Concorde made its final descent on October 24, 2003, ending a glorious age of supersonic flight. However, according to mathematics professor  Trent Gaugler, supersonic planes may rise again thanks in part to his ongoing research with the U.S. Army Corps of Engineers and Penn State’s Applied Research, which is sponsored by NASA.

Supersonic planes can fly faster than the speed of sound. The Concorde’s maximum speed was more than twice the speed of sound, and had the ability to fly from London to New York in less than three and a half hours, according to NASA.

However, supersonic planes create a loud noise called a sonic boom heard by people on the ground underneath, caused by shock waves from the air molecules pushed aside by the planes. Currently, researchers are working on a plane that “creates a low sonic boom” to limit the noise disruption that the Concorde created, according to Gaugler.

Gaugler is providing necessary statistical information through surveys that detail people’s responses to the noise. Data from these surveys account for a number of factors, including age demographics and the difference in responses to that noise at varying times during the day.

Since 2014, Gaugler has also been a dedicated member of the college’s mathematics department, focusing on courses that teach students the “applied discipline” of statistics.

Gaugler’s interest in statistics began when he was in college after he chose probability as one of his electives. Gaugler then went to graduate school at Penn State.

“The rest was history,” Gaugler joked.

In his courses, Gaugler explained that his high level students “need to be flexible with computation”, so he works with them to build intuition that helps them work more effectively.

With the introduction of high performance computing in the new server clusters in the Skillman Library at the college, Gaugler said that “lots of students are dealing with large data sets” and as a result, these students must “write code well, and work with specialized software.”

Gaugler urged students to further their understanding of statistics, as it is increasingly important for people to have statistical literacy, he said.

“In this day and age, people are using statistical arguments and visualizations more and more,” Gaugler added.

Statistics is not just restricted to STEM fields. Statistics is an “acquired discipline,” according to Gaugler, with universal applications including providing personalized recommendations for the next movie to watch on Netflix and analyzing stock market trends.

In his consulting work, Gaugler has also collaborated with people who specialize in a wide array of subjects including aeronautics, genetics, veterinarians, historians, engineers, psychologists, and biologists, a breadth that demonstrates the wide applicability of statistical data.