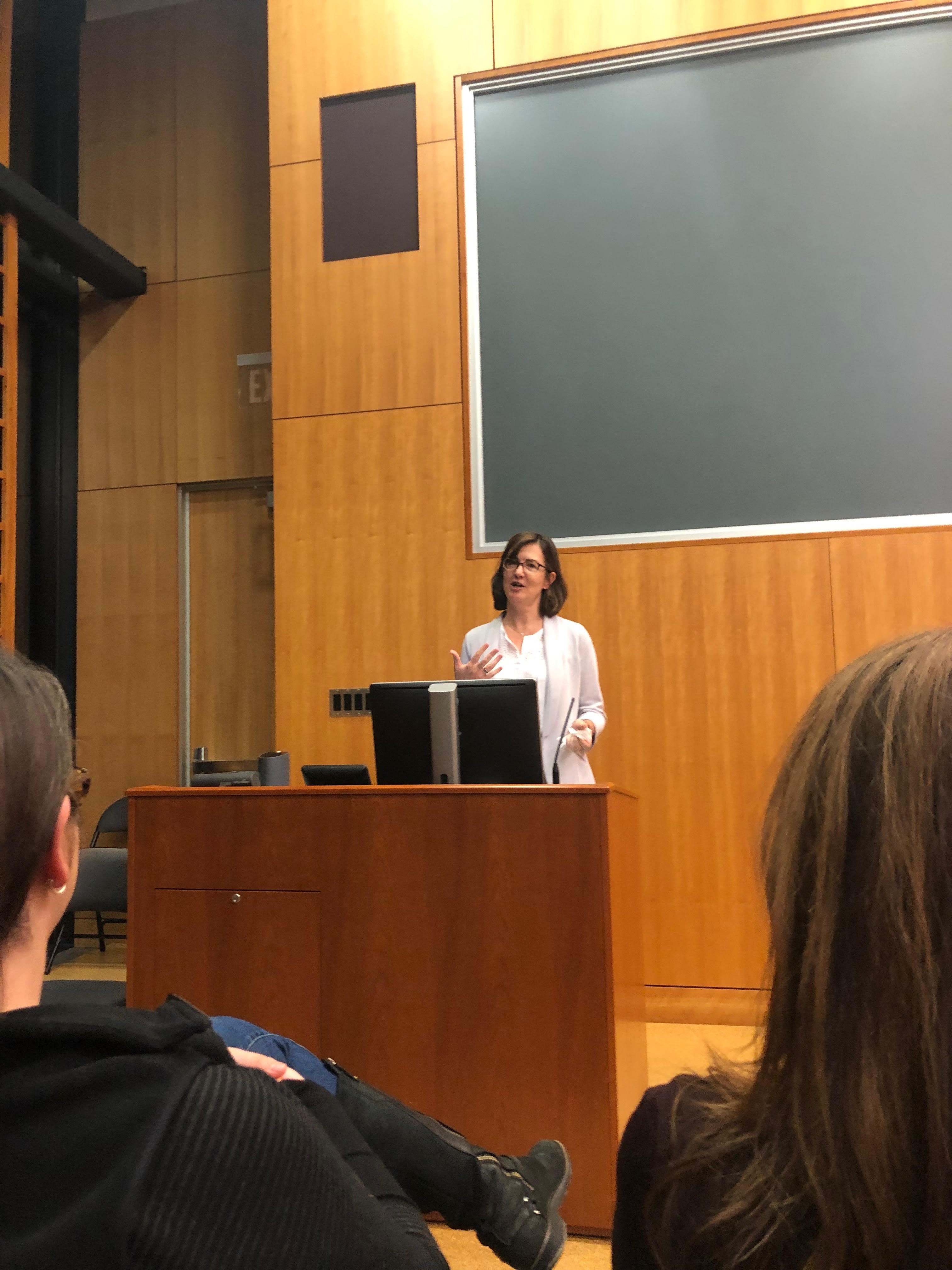 Author Jessica Francis Kane’s latest novel revolves around May, a thirty-year-old gardener, who is given the opportunity to reconnect with old friends. (Photo by Jennie Richardson ’20)

One may not instinctively think of trees when the topic of friendship comes to mind, but author Jessica Francis Kane suggests otherwise in her second novel, “Rules for Visiting.”

Kane’s latest novel revolves around May, a thirty-year-old gardener. When a poet writes about one of May’s English Yew trees and wins a $50,000 prize in a writing contest, May gets a month off from work, with paid leave. During her time off, May decides to use it to try and reach out to some of her old friends. Thus, the tree provided the means for May to be able to reconnect and possibly rekindle past relationships.

When drafting the novel, Kane found herself giving her character an interest in gardening, which Kane herself said she likes to read and research about. Once that was established, Kane found herself writing about May’s life and family story and how the trees fit into her story.

Kane added that she was really interested in the idea of friends as “chosen family” while writing the novel. Kane compared May’s journey to that of Penelope from “The Odyssey,” saying that May does a more small-scale version of searching than can be seen in books such as “Eat, Pray, Love” and “Wild.”

The first inspiration for “Rules for Visiting” came from the death of the writer Amanda Davis, who died from a plane crash in 2003. Soon after Davis,’ death people closest to her posted tributes to Davis on the website McSweeney’s, where they describe the impact she has had on them.

“I kind of became obsessed with reading these tributes about Amanda Davis, and all that people said about her, [and] the way she was [as] a friend,” she added. “She just seemed gifted at friendship. I was fascinated by that, and I started taking notes about friendship.”

Upon reading the comments left to Davis by loved ones, Kane started thinking about how she wanted use these comments and her notes on friendship to create a more in-depth story on the concept.

“It took many years for all the pieces to come together, and I wasn’t working on it continuously the whole time. But ultimately, I think this, the first seeds of the book, are that story,” she said.

In some ways, Kane said, there are similar themes between her debut novel “The Report” and her most recent one.

“In ‘The Report,’ there’s a magistrate who is trying to understand what happened and write a report to this community about this accident,” Kane said. “And in ‘Rules for Visiting,’ May has decided she has not been a very good friend, and she wants to be better. And she goes on this journey to try to understand how she can be a better friend.”

“So I think I’m interested in people who want to solve a problem, and try to figure out how to do that,” she added.