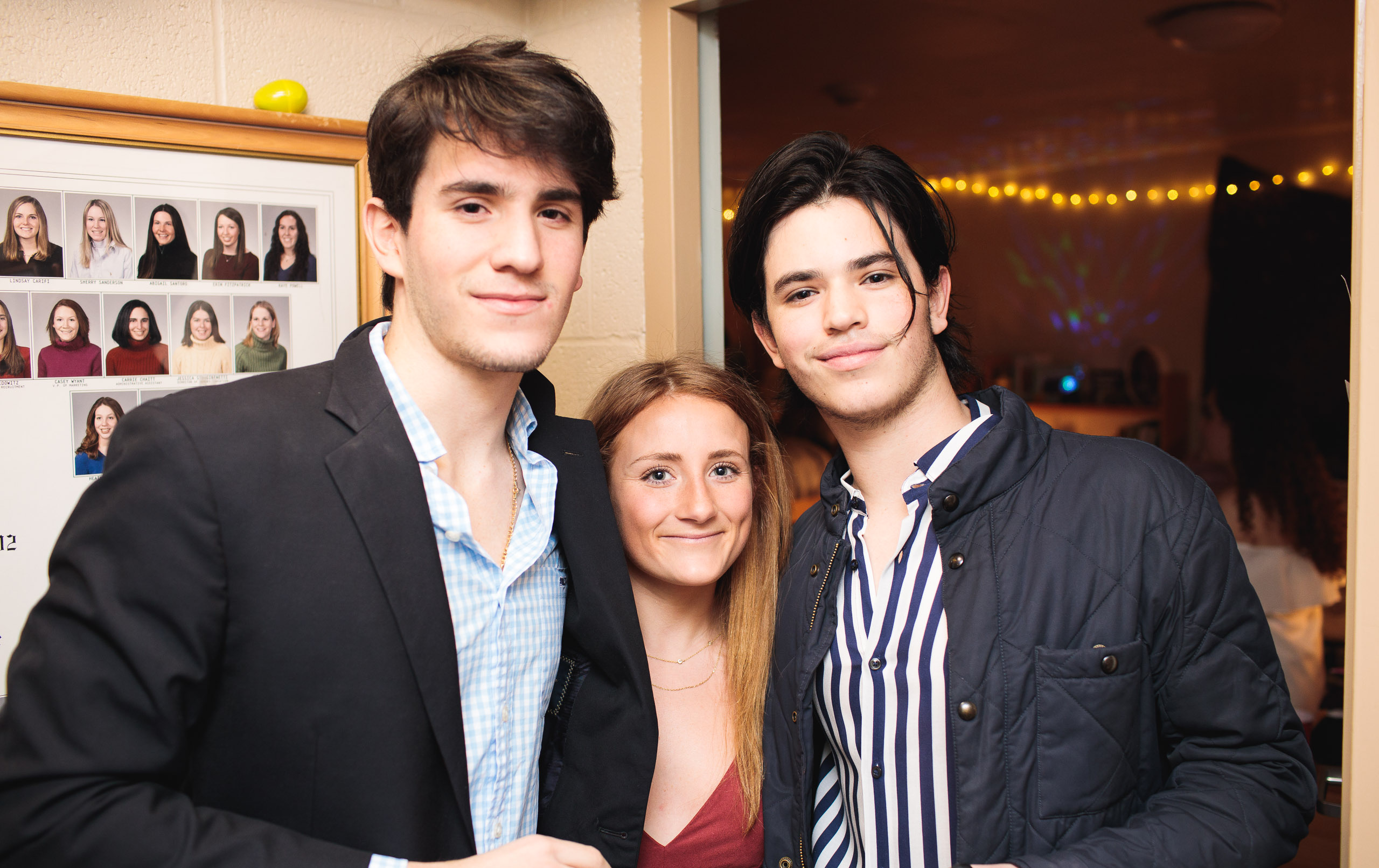 These are only a few of the words those close to Ivan Baquerizo ‘21 used to describe his personality and spirit on campus, where his optimistic and friendly nature shone through in all his interactions, no matter whom he was with.

“Ivan was one of my first friends at Lafayette. I met him at orientation and, when I didn’t know anyone in my orientation group, Ivan presented himself as an approachable, welcoming, and friendly person who had a comforting presence,” Maddie Costello ‘21 wrote in an email.

“He always had a smile on his face like there was never a bad day for him. He was one of the most positive and energetic people I have been around and could make anyone smile,” added Brendan Cronin ‘21.

Ivan grew up in Ecuador and came to the United States for high school where he attended the Canterbury School in Connecticut. Ivan came to Lafayette in 2018 and was shortly followed by his brother Rafael Baquerizo ‘22 a year later. Ivan passed away less than a month ago in late October in an accident outside Chicago.

As a civil engineer at Lafayette, Ivan spent a majority of his time in the Acopian Engineering Center where some of his closest friends became those he spent time with in classes, on projects, on field trips, presentations and studying. Well, at least, according to Cronin, a fellow civil engineer, they would try to study and get work done, something that was often made more difficult by Ivan’s notorious love of conversation.

“No matter what you did, Ivan just wanted to keep on talking, he never wanted to stop. And that’s what I loved about him,” Cronin wrote in an email.

“He would be the WORST partner to have in group project because we would sit in the library for hours not even opening our books because we would just laugh and talk about what’s going on in our lives,” Cronin added.

While they would sometimes get no work done after being at the library for three hours, Cronin said he would take those three hours with Ivan “before anything else.”

Engineering wasn’t the only thing that defined Ivan’s time at Lafayette. Fellow civil engineer Isabel Gleckner ‘21 said one of her first memorable moments with Ivan was actually not in Acopian but rather playing club soccer.

Ivan was a member of the Lafayette men’s club soccer team, and on one occasion the men’s and women’s teams played together in a scrimmage where Gleckner said she was taken aback not only by Ivan’s “good looks” and “foot skills and speed,” but also his kindness and consideration on the field.

“He was incredibly gracious and inviting despite my very apparent lack of talent,” Gleckner wrote in an email. “At one point he elbowed me in the head, (retrospectively I ran into his elbow), but he handled it with grace and maturity, making sure I was all right and even checking in with me again after the game.”

Mae Mullany ‘21 first met Ivan freshman year through her close friend from home and Ivan’s roommate Michael Anzilotti ‘21. While Mullany and Anzilotti were already friends, it didn’t take long for Ivan to become equally close to each of them.

“I could tell he was someone I wanted to be friends with. He was the type of person that I could talk and laugh with for hours, without the conversation ever ending,” Mullany wrote in an email.

“Ivan became one of my closest friends sophomore year. We spent countless hours together in class, on crazy field trips, studying, eating. I enjoyed his company so much. He always lightened the mood with his silly antics that were so unique to him,” she added.

Aside from being a classmate, a teammate and a friend to many on campus, Ivan was also an older brother, a role his friends said he was proud to have from the minute Rafael stepped on campus.

“When Rafa came to Lafayette, you could tell how proud Ivan was to have him as a brother. When we went out to breakfast, Ivan would always bring back something for Rafa. On Rafa’s birthday Ivan would buy a cake and invite friends over to make sure Rafa felt special,” Gleckner wrote.

Maura DiVentura ‘21, who became close with Ivan while living in Kamine Hall freshman year, added that Ivan’s birthday celebration for Rafa was one of her favorite memories with him.

“Rafa was a freshman and didn’t know a lot of people on campus yet so Ivan went out, got him a cake, and invited us all over to surprise him. It was so sweet and showed just how thoughtful Ivan was,” DiVentura wrote in an email. “He cared about Rafa so much and was such great brother to him.”

Ivan’s tendency to look out for Rafael, however, was only one aspect of the commitment and pride he showed for his entire family.

“When he talked about his family his face lit up. Ivan would show us pictures of his older sister and you could see how much he looked up to her. Ivan would show us his mom’s clothing company and it was obvious how he admired her,” Gleckner added. “We would joke that Ivan was a father.”

His interactions with his friends, his dedication to his work, relationships and family, and his carefree, compassionate personality left a lasting impact on those closest to Ivan at Lafayette, and even those he just met.

“Even if you only had a single interaction with Ivan you would come away from it thinking wow ‘he’s something special,’” Gleckner wrote.

“One thing I have learned from Ivan is to never take myself too seriously,” Mullany added. “He never wasted time agonizing over small troubles. I truly admired Ivan’s value of family and friends, his kindness, and thoughtfulness. I am so grateful that he entered my life and gave me memories that I will cherish forever.”