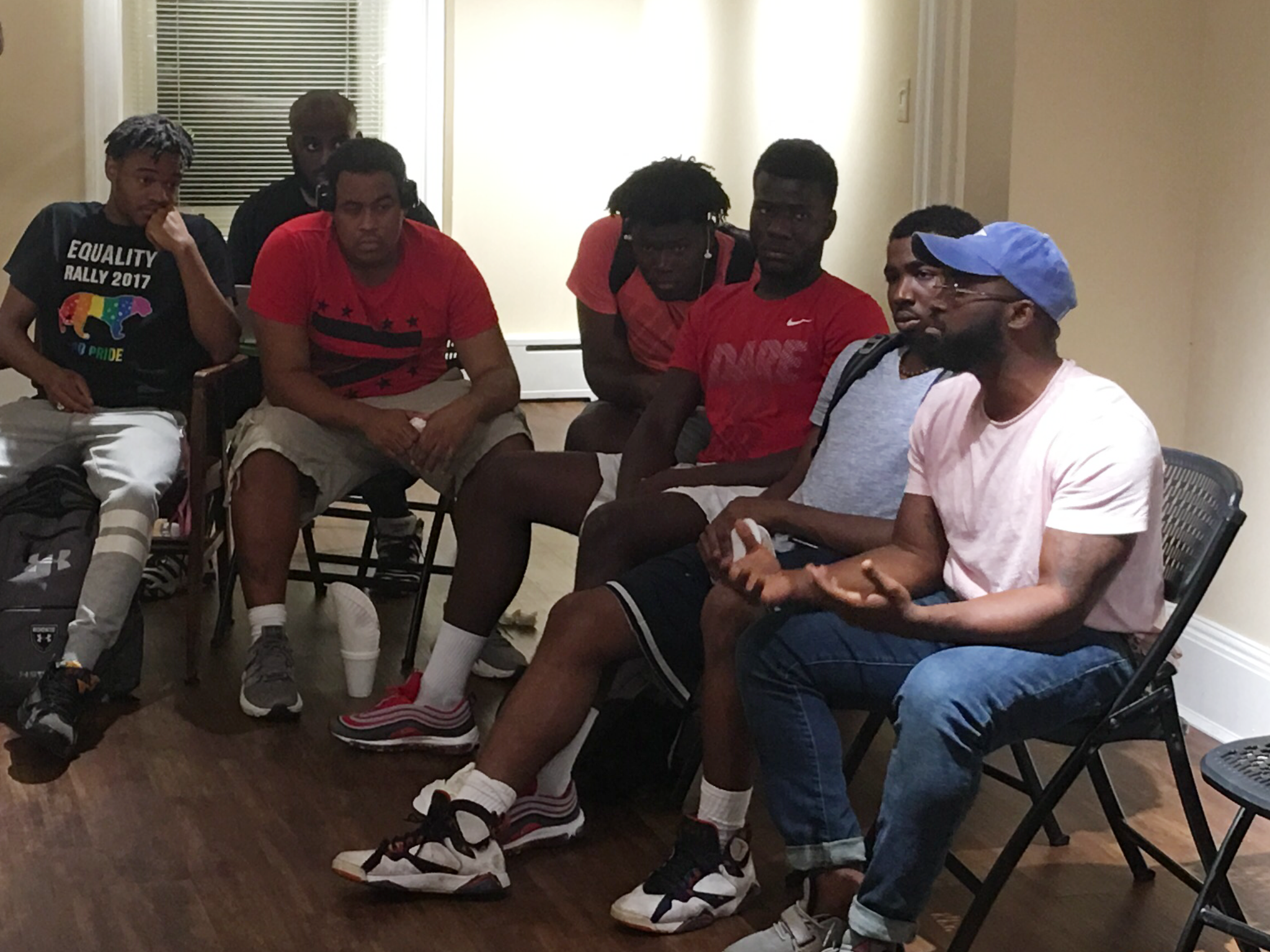 Dean Christopher Hunt said the Brothers of Lafayette program gives students a way to connect when they ‘may not otherwise feel a sense of belonging to the institution.’ (Photo courtesy of Christopher Hunt)

After a limited presence on campus in previous years, the Brothers of Lafayette now hopes to reassert their place as a leading cultural organization on campus.

The Brothers of Lafayette is an organization focused on promoting “brotherhood and camaraderie” for male students of color, according to its page on LafSync. Around for the past three decades, the group was not as impactful on campus as Clennie Murphy ’21 and JJ Younger ’21, the two current co-presidents of the organization, had hoped for early on in their time on campus.

“[There was] not much of a presence before our sophomore year,” Murphy said.

“We had to take steps to get it recognized on campus officially, so we had to get approved by student government,” Younger said. “We became an official group on campus…and me, Clennie, and Dean [Christoper] Hunt sat down that summer and planned out a schedule for the year.”

Hunt, Assistant Vice President and Dean of Students, serves as the advisor to the organization. Hunt was advising the group in the early 2000s before he left to work at Moravian College in 2007. In 2016, he returned to Lafayette as the Dean of Equity and Inclusion, and said that one of his goals in his new role was to help reform the Brothers of Lafayette on campus.

Like Younger and Murphy, he also noticed that, similar to other groups on campus, the Brothers of Lafayette had been more active in some years than others.

According to Hunt, the “unique challenges” facing men of color was one of the primary factors leading to the reestablishment of the program.

“As a Black man, that role was one of the first and most important professional experiences I had as a new professional,” he wrote.

The Brothers of Lafayette have hosted several events already this year. One event, according to Murphy and Younger, included both the Office of Intercultural Development and Hunt speaking to the group about pertinent topics concerning the black male experience in predominantly white colleges.

The group also has a mentor initiative in which first year students are paired with an upperclassman, according to LafSync.

Amid these “versatile” events, Younger said the sense of community fostered by the Brothers of Lafayette has been particularly important.

According to the Lafayette website, in the incoming class of 2023, only 30% were students of color. For Murphy, the Brothers of Lafayette helps to bridge that divide in a majority white institution and make the transition into college a bit easier for men of color.

“[Brothers of Lafayette] gives students of color the opportunity to relate to some of the experiences that other people are having just like them,” Murphy said. “It helps the whole general consensus, not just the people of color, because when they’re feeling comfortable they’re able to talk to everybody, we’re able to relate ideas, we’re all able to work together.”

Hunt similarly acknowledged the group “as a way to connect students on campus who may not otherwise feel a sense of belonging to the institution.”

Both Murphy and Younger added that the meetings are not just limited to people of color.

“The things we talk about are important for people to hear, men of color and everyone just in general, to learn, to know, and to be aware,” Younger said. “That’s why we form and that’s why we have the talks that we have. To inform and to make each other aware of why things are going on.”