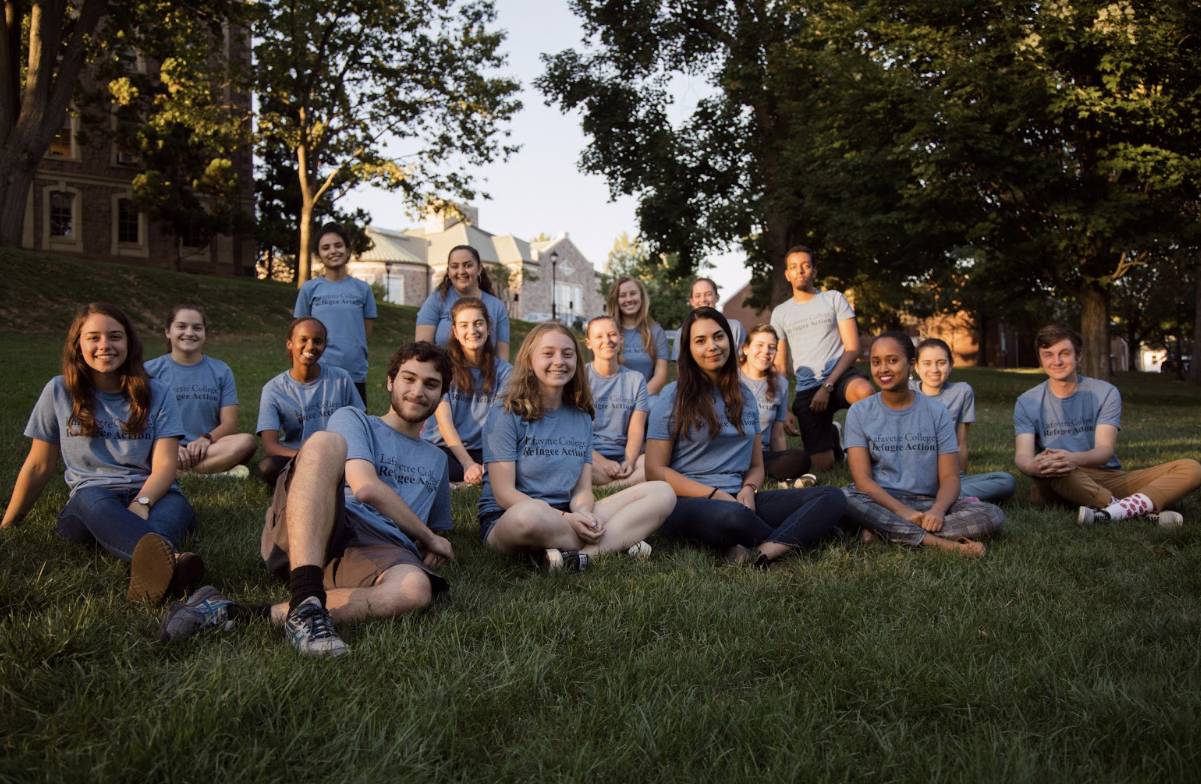 RefAct has helped with the resettlement of three families since its creation in 2017. (Photo courtesy of Richard Ffrench ’21)

Refugee Action will be helping settle another refugee family in the Lehigh Valley, marking the second resettlement they are involved with this year. The family arrived in Pennsylvania this week, but preparations have been going on since long before the family’s arrival.

Since it’s creation in 2017, RefAct has helped settle three families, including one that arrived this April. For current members of RefAct, the resettlement process has gotten easier over the years, as much of the groundwork has been laid since the organization first began.

“We are at a point where we know the process,” said Erik Laucks ’20, case management committee chair of RefAct. “The way we got this family was different from how we got other ones because now we know what the process is and what has to be done.”

This process has been established over years of practice. Since 2017, due to budget cuts to other resettlement programs in the Lehigh Valley, RefAct has taken on an increasingly important role in the process, working with organizations like Bethany Christian Services in Allentown to help the families into their new home.

“We secure housing, furnish the home, we run a big donations drive, we mobilize in terms of committees, we pick the family up from the airport, we introduce ourselves, then let them rest since they’ve just traveled a lot,” said Ayat Husseini ’20, president of resettlement. “If there are kids involved, we help get them enrolled in school, we help parents who want to learn English and help them find jobs. We talk to them about their work history and their goals in life.”

For Laucks, along with Husseini, this will be the last year of their involvement on campus. Both Husseini and Laucks were present in 2017 when RefAct was first founded by Natalie Nollan ‘17, Hagar Kenawy ‘17 and Rebecca Wai ‘18 in response to the so-called Muslim ban, a 2017 executive order limiting immigration from several Muslim majority countries.

Because so many important members are graduating, the organization has pushed a “major change in structure,” according to Husseini.

“In the past, we had chair positions and people just jumped in when possible. We essentially had some serious conversations about what would happen when the seniors graduate. We had to change the structure,” she said.

This structural reform, she explained, involved implementing a committee structure, where each committee head was tasked with certain jobs. Among these committees are case management, government and medical documents, education, finance, housing, and accommodations.

While all the committees play a crucial role in the resettlement process, Husseini noted that the accommodations committee in particular helps to integrate the family into their new home and makes them feel more comfortable.

“The accommodations committee works to accommodate the family’s needs in ways that the other committees cannot,” she said. “We explained what Halloween was, we accommodate to religious and dietary needs, and make sure they’re having fun. As much as we do paperwork, we also want people to be fulfilled, happy and to be setting goals they want. We are helping them get to where they feel they need to be, not where we feel they need to be.”

“We are facilitating their resettlement, but also their feelings of fulfillment in this country,” she added.

The structural changes for RefAct come amidst major uncertainty over the future of resettlement programs in the United States as a whole. Under the Trump administration, the ceiling for how many refugees are allowed into the country has been reduced significantly according to the American Immigration Council.

“[It] all depends on the next election,” Laucks said. “There is a refugee cap set by the president each year. The president gets to decide how many refugees in total can be admitted to the US in the fiscal year—95,000 has been the average throughout the program over the last 40 years, but in the last three years the cap has kept going down. Last year it was 30,000.”

Laucks added that the Guaranteed Refugee Admissions Ceiling Enhancement Act (GRACE) act, which was introduced to Congress in April, would set a minimum number of resettlements per year, rather than a maximum.

“Instead of a cap, there would be a floor,” he explained. “It would set the minimum at 95,000 since that’s been the average of the program. It has not been voted on, but depending on how future elections go it could become much better or much worse.”

Husseini also said that she is hopeful for the future of refugee resettlement programs, especially on campuses, and for the ability of grassroots movements to influence national legislation like the GRACE act.

“I do think Refugee Action has been a large part about why the community is engaged in this issue,” she added. “With this more grassroots development of collective consciousness around the issue, it is more likely that the GRACE Act will be passed down the line.”

RefAct is currently accepting donations to help support the family, which can be brought to Farinon 107, and after hours to the Landis Center. Donations can also be made via Venmo at @refugeeaction.