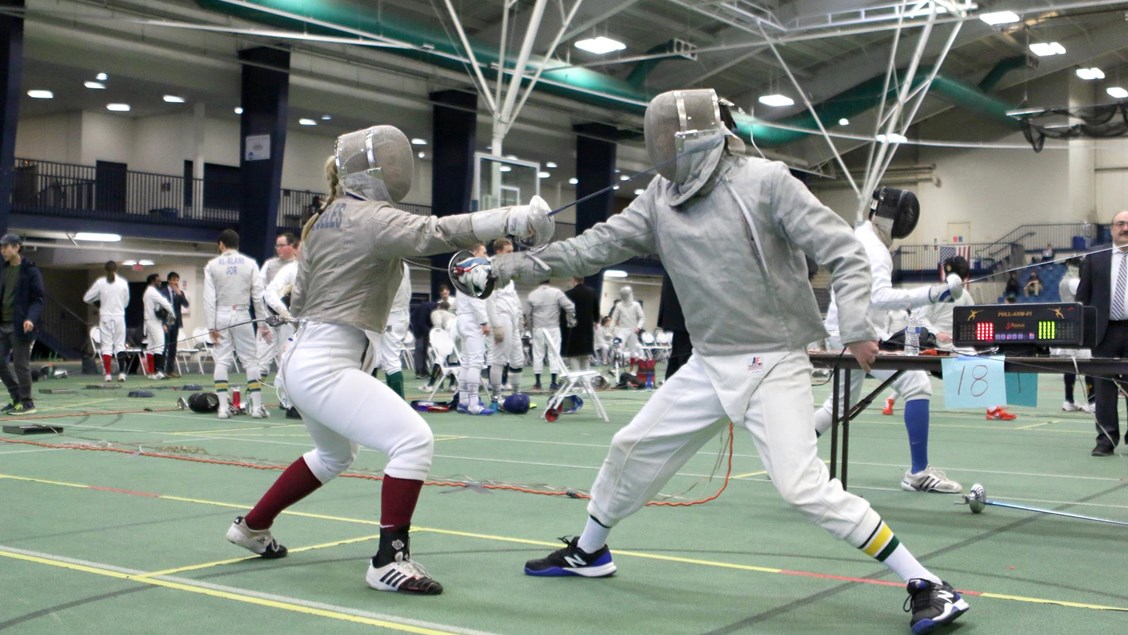 The Lafayette fencing team earned three wins at the Vassar Invitational last weekend, as the men defeated Army 19-8 and Denison 18-9, and the women secured a 16-11 win over Hunter.

“Their performance was fantastic,” said head coach Greg Rupp, who joined the program last week as the team’s new coach. “I’m very proud of the whole team. It was illuminating that these guys were this good with no coach for the past few months.”

Sophomore saber Carolyn Feigeles had the best individual performance for the Leopards, amassing a 20-1 record in her bouts.

“We’ve been working without a coach for a month and a half so to be able to perform well…for myself and for my teammates was really exciting,” Feigeles said. “There’s definitely a lot to improve on obviously, and it’s early in the season, but it’s definitely a good way to start.”

“The saber squad looks like they’ve gotten a lot of attention and they seem to be on a very strong course from the previous coaches, so kudos to them on how strong the saber squad is,” Rupp said. “I see that they already know their stuff, now the idea is to get them to just tighten it up, get even stronger than they are now, and just help them achieve the next level of their skills.”

For the men, junior foil Bora Mutis and senior saber Patrick Rekieta finished with identical 16-8 records at the invitational.

“I think I did well but absolutely so much room for improvement,” Mutis said. “I feel like I did well in some ways, and not so well in others… definitely going to move up from here, especially with the help of our new coach.”

“I immediately come in and I see how good these guys are and also I see what kind of impact I can have on them so that’s a very good feeling,” Rupp said.

Rupp said he has kept his eye on Lafayette “for the past decade,” and that he wants to “take the most of the opportunity.”

“I am the anti-stoic, I am very affable, I try to be very approachable, I try to attain authority through knowledge but not through rank, and that’s very much me,” Rupp said.

Rupp praised the team’s upperclassmen, including Sikorski, who stepped up in the absence of a head coach to lead workouts and practices.

“The captains, and the seniors and juniors kept the team practicing and that’s an astounding feat without having actual coaches present,” Rupp said. “So you’re talking about a lot of self-motivation for the captains, and you’re also talking about the freshman and sophomores are respecting them enough to come to practice as often and work as hard as they can.”

“It’s an amazing team from what I can see and I’m just proud to be part of it,” Rupp added.