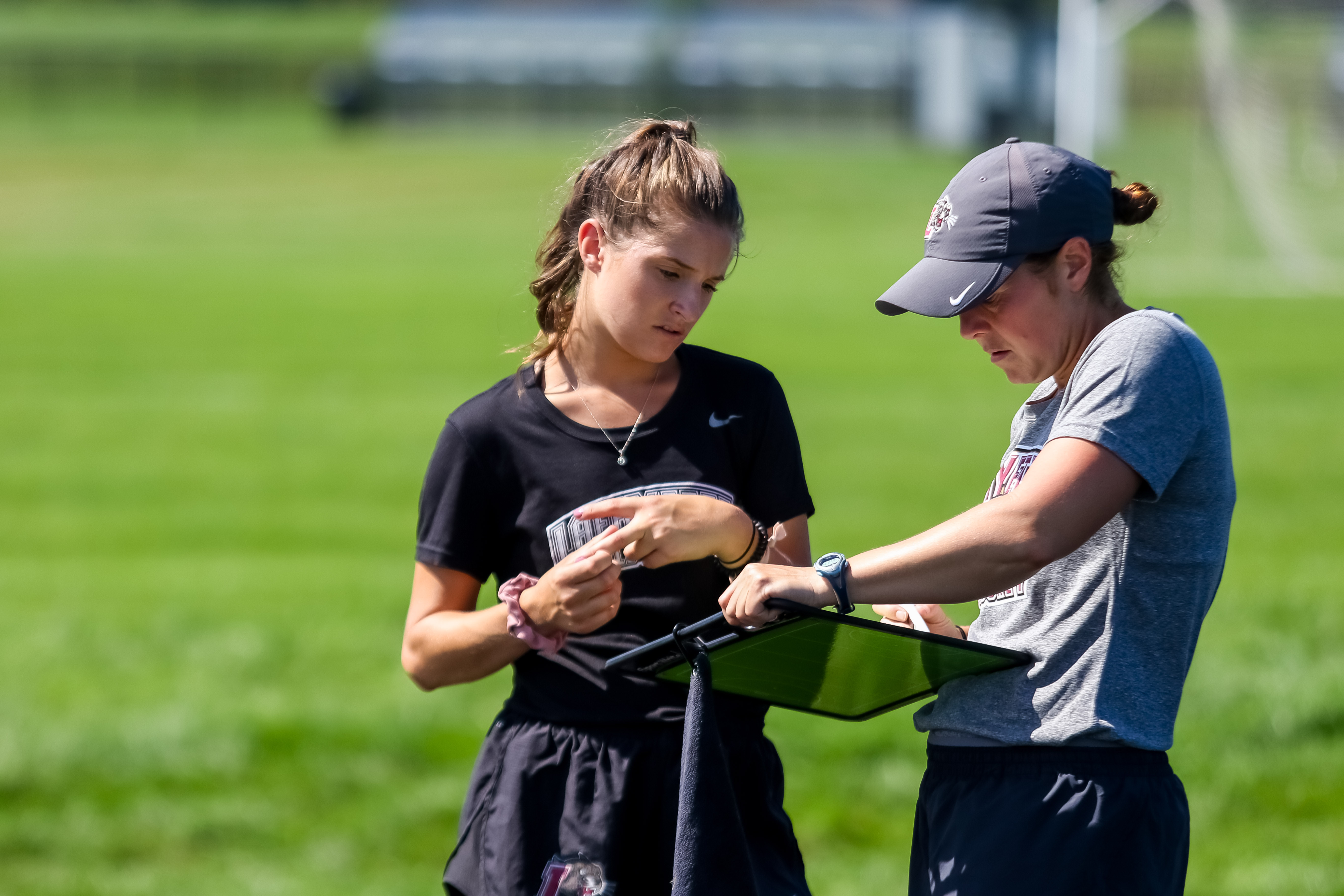 Field hockey’s playoff run was halted at the championship game against top-seeded American University where they lost 3-2. The Leopards didn’t go unnoticed in the conference, however, as head coach Jennifer Stone ‘04 won Patriot League Coach of the Year, and senior captain and defender Lisa van der Geest won Patriot League Defensive Player of the Year.

In the semifinal against Bucknell, the game was scoreless until junior midfielder Audrey Sawers knocked in the game-winning goal in the fourth quarter, clinching the Leopards a spot in the final. Stone said the play was a “broken corner,” but that Sawers managed to convert it.

“I felt as though for the most part we were in control of the game in terms of our past possession and attacking ability,” Stone said. “We just weren’t necessarily converting our attack into goals…I felt confident that the goal was coming, but obviously there’s something to be said with actually getting the goal.”

Against American last Sunday, senior midfielder Cameron Costello scored the first goal for the Leopards off an assist by freshman forward Tara Hamilton in the first quarter. The Leopard’s lead was lost, however, within the first minute of the second quarter, when American tied the score 1-1. American would score three straight times before van der Geest was able to notch a goal in the last minute to narrow the deficit to one point.

American claimed the championship title 3-2. The Leopard’s previous matchup with American at the end of the season saw the Eagles shut out the Leopards, but in the final, the Leopards scored on both their shots on goal.

“We looked at video and had the players see some examples of how we were able to create more attack,” Stone said. “But essentially, we just turned to our midfield a little bit more and how our midfield can join the attack to create numbers up going forward.”

van der Geest, who Stone said at the beginning of the season is one of the best defenders in the country in college field hockey, ended the season with eight goals, good for second most on the team.

“From a pure hockey standpoint, I think Lisa is an incredibly smart player,” Stone said. “She has a very good tactical understanding of the game. Because of that, her voice is heard throughout the game, she’s organizing players. She has a coach’s mind.”

“I would still rest on the laurels that she absolutely is one of the top defenders in the country,” Stone added.

Stone said her conference Coach of the Year award was not just representative of her, but of the team’s success as a whole. She said the award was a “surprise, in a good way,” as there are other “incredible coaches” in the conference. Between being a player, assistant coach, and head coach, Stone just completed her 17th year as a member of the Lafayette field hockey team.

Stone said her older sister Kim Stone ‘00 got her into field hockey initially, and Kim’s playing at Lafayette was how she established a relationship with then-head coach Ann Gold, leading to her playing four years for the Leopards.

As a senior at Lafayette, Stone earned conference Offensive Player of the Year. The National Field Hockey Coaches Association (NFHCA) named her to the Division I All-America Second Team and the Mideast All-Region First Team. She was also a lacrosse player during her four years on College Hill, and was named the Mid-Atlantic Regional Player of the Year in her senior season as a captain.

After graduating, Stone looked to use her degree in Economics and Business (although she double-majored in Art as well), but returned when Lafayette field hockey made a coaching change and Gold recommended her for a position.

During Stone’s time as an assistant, the team won back-to-back conference titles in 2011 and 2012, with the 2012 team reaching 11th place in the national rankings at one point.

Throughout her time in the Patriot League, Stone said it’s gotten more competitive, not just with athletes individually, but also since Boston University joined the conference in 2013.

“The quality of athletes coming into their first year only continues to grow,” she said. “And that’s because of the development of the club structure and the growth of high schools, the growth of young players…[who] have a larger commitment to the sport all year round as more time goes on.”

Stone said to win the competitive Patriot League, teams need to be around the top-25 teams nationally.

“I don’t place too much emphasis on [the NFHCA rankings],” she said. “But at the same time, it certainly would be nice for the players to feel that public recognition. But I think this season, we’re just barely outside of that top-25 conversation.”

As for her Coach of the Year award, Stone said she doesn’t think anything she does sets her apart necessarily, but that she’s a “student of the game” and takes opportunities to grow.

“It’s easy to have a lot of passion and desire, and it’s easy to have long hours and want to improve when you actually really do love what you do,” she said. “And I’m fortunate that I have a job that allows me to do that.”