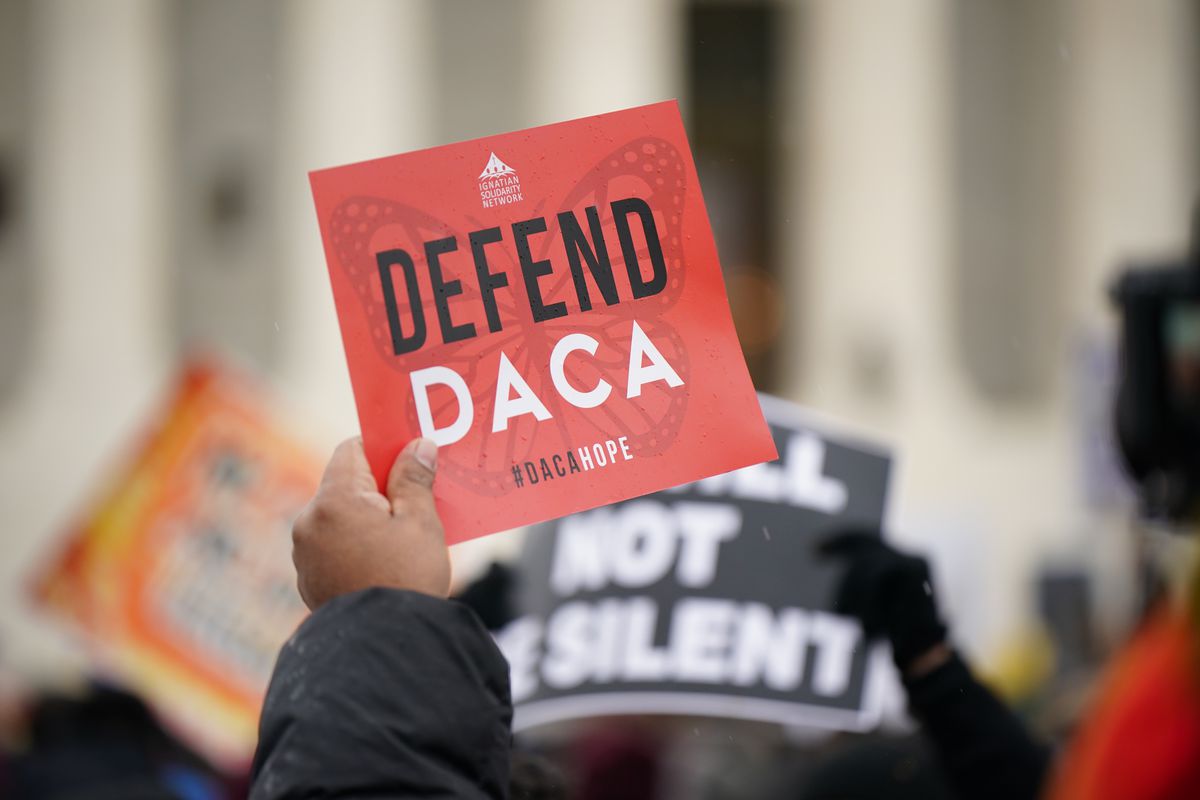 The Supreme Court will decide on the future of DACA between January and June of 2020. (Photo courtesy of Vox).

The Supreme Court began to hear arguments this past Tuesday to decide on the future of Deferred Action for Childhood Arrivals (DACA), and the Court’s “conservative majority appeared ready on Tuesday to side with the Trump administration” in its efforts to end the DACA program according to the New York Times.

These recipients, often referred to as “Dreamers,” number at an upwards of 700,000, ranging in age from 16 to 35, according to the New York Times. As they are registered with the government, if DACA is repealed by the Supreme Court, they may be forced to leave the United States, even if this is the only home they know, according to Flor de Maria Caceres Godoy ‘22, a current DACA recipient.

“One side a part of me feels hopeful that the Supreme Court will hopefully deem [DACA] constitutional so that I can carry on with my life,” Godoy said. “But then the other side of me just feels completely negative…if it is deemed unconstitutional…my future here is just going to continue to be unstable.”

Milena Berestko ’22, stressed the importance of activism and speaking up for immigrants on campus. Berestko and Godoy organized a DACA workshop and student-led protest for this past Sunday that included a march for solidarity afterwards.

“I’m scared, but I shouldn’t be feeling this way, I have so much support,” Godoy said. “But at the same time, I can’t help but feel that this is the end of the only protection status I have, and this means I am going to go back to being completely undocumented.”

There are only a small number of students on campus who are open about their immigration status, Berestko explained. “We have not created a safe space yet to come out about their status, with DACA [potentially] being deemed unconstitutional, it’s going to be harder for this to happen.”

“A lot of us have been raised here and this is the only home we know. We’ve been fighting for,” Godoy said. “What does this mean for the homes we have already established, our lives, everything. We have been counting that our future is here in the US.”

Godoy expressed her concern for the validity of her degree from Lafayette if DACA is repealed. Originally born in Guatemala, she was raised outside of Washington D.C. in Arlington, Virginia.

“This work permit, we have it, but if it’s taken away, if it’s deemed invalid, what does this mean for our bachelor’s degrees? Which we worked so hard to get,” Godoy said. “It’s already a struggle getting into college and for us to actually finish college with a degree that we can’t even use or apply to a job here in the US.”

Both Godoy and Berestko went on to express the importance of activism and voting in elections for representatives who will protect immigrant rights.

“When it comes down to voting, people who have the privilege of voting, A.K.A. if you’re 18 plus and you’re a US citizen who has a chance to vote, go out and do it,” Godoy added. “This is not only your voice, but you’re also representing all of those who cannot vote, such as me.”