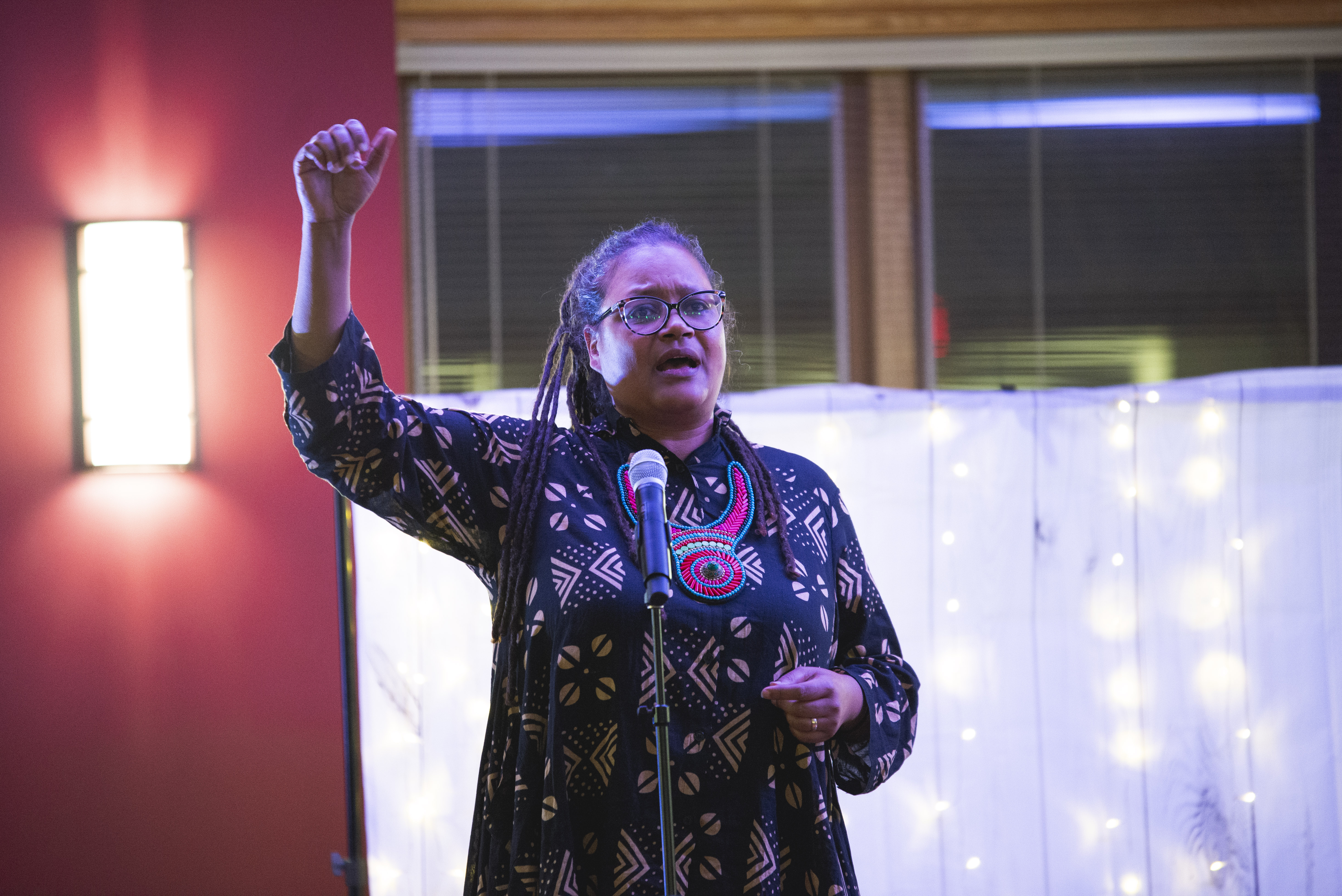 For poet Natasha “Natty” Carrizosa, it is easy to tell when something is meant to be a poem.

“It feels like a tap on my shoulder or like, a tuning fork or something; it’s just this feeling that I get, and my husband says I get this look on my face,” Carrizosa said. “It’s just something that happens. It’s something that just won’t leave me alone.”

A renowned poet, writer and spoken word artist who has opened for Maya Angelou in the past, Carrizosa also teaches creative writing classes and writes music. Carrizosa performed at the college on Wednesday night as part of International Education Week, in a performance entitled “Natty Roots and Rhymes.”

In her performance, Carrizosa read a short story she wrote based on her father’s experience as an immigrant from Mexico and a few poems, including a list poem with elements of the alphabet woven into it. She then read her poem “Mexiafricana” which focused around her identity. She also read her poem “Kamikaze” which she prefaced by saying she does not usually perform it because of its deep personal connection to her.

Carrizosa encouraged her audience to get involved in her performance and the atmosphere as well. She invited Omar Drira ’23 onstage after noticing his engagement in her performance. Drira then read a poem he wrote about healing.

“Everything that I write, I try to be, to come from a truthful place. And I am still in love with the writing and the words, but the ways that it has changed is I’m more brave,” Carrizosa said after her performance. “I’m more brave to say what I really feel, because I used to hide; I used to use the words to hide, like in journals or, even say, I have a poem called ‘Hide and Seek’ where I say, ‘I’ve learned to hide myself’ in the last line of the poem, but now I’m not doing so much hiding.”

“The most challenging thing is time, carving out time to actually write, because I am a mother of a six-year-old and I’m a wife and…sometimes a teacher…So the time to actually just sit and be with myself, that’s the biggest challenge,” Carrizosa said.

She said she also describes herself as an “overcomer,” explaining that she has dealt with mental health battles in the past.

“[My] biggest inspiration is probably going to be things that move my personal spirit, like move me as a person, spiritual things. Nature is becoming a big inspiration for me,” Carrizosa said.