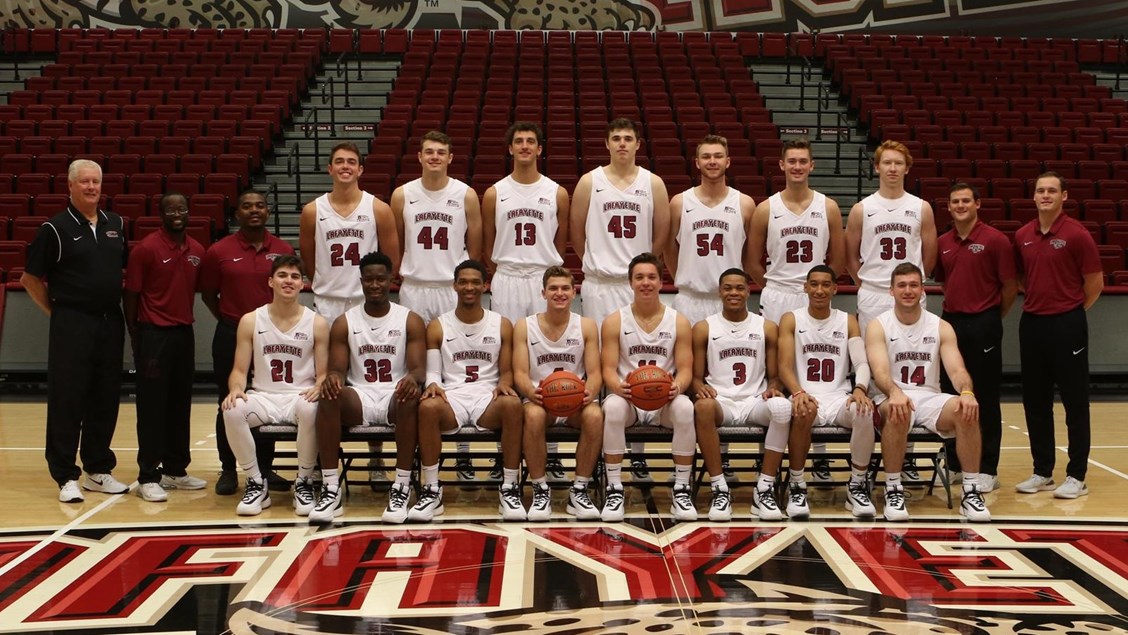 The Lafayette men’s basketball team opened their season with a close home win over Columbia University, 65-63, on Tuesday night.

Senior forwards Myles Cherry and Lukas Jarrett were the only Leopards to score in double figures, recording 14 and 10 points respectively. Cherry grabbed 11 rebounds to notch his third career double-double for Lafayette, and added four assists and a pair of steals. Jarrett had 10 points on only 5 shots, shooting 80 percent from the field in the game.

Jarrett scored the opening bucket for the Leopards, but the offense for both teams stalled, with Columbia and Lafayette combining for only eight points in the first five minutes.

The Leopards took a 14-9 lead midway through the first half, but the two teams continued trading buckets and the game was tied at 28 a few minutes before the halftime break. Lafayette ended the half on a 6-3 run to gain a 34-31 lead.

Columbia started the second half with a quick 5-0 run to take a 36-34 lead. Lafayette responded with an 8-0 run to take a 42-36 lead with 16 minutes remaining. The Leopards followed with another burst of scoring, and held a 50-40 lead just past the thirteen minute mark.

The Lions gradually trimmed the lead, pulling within two with 2:24 remaining. Columbia eventually tied the game at 63 before Cherry’s putback layup put the Leopards up by two with 30 seconds remaining. Cherry’s bucket proved to be the game-winner, as the Lafayette defense stopped Columbia on their final two possessions to secure the 65-63 victory.

While the Leopards were able to come away with the win, they struggled to control the ball, committing 22 turnovers compared to Columbia’s 11.

“The team looked great defensively, but we definitely need to improve offensively and clean up the turnovers,” said junior Justin Jaworski, who scored seven points but committed three turnovers. “Overall, it was good to start with a win, but we have a long way to go.”

The Leopards were able to make up for the turnovers with solid shooting, as they shot 52 percent from the field as a team. They also shot 40 percent from three-point range and 100 percent at the free-throw line, going five-for-five.

The Lafayette defense held the Lions to 37 percent shooting from the field and 26 percent from long range, and the Leopards out-rebounded Columbia 37-27.

“Something we have really improved on is our defense,” Jaworski said. “To take the next step, we may be more reliant on getting stops rather than being reliant on our scoring.”

The Leopards lost some of their firepower this year with Paulius Zalys graduating and junior guard Alex Petrie out for the season with a medical condition. Petrie and Zalys were two of the top three scorers on last season’s team.

Next up for the Leopards is a trip to St. Francis College Brooklyn, with tipoff scheduled for tomorrow at 2 p.m.