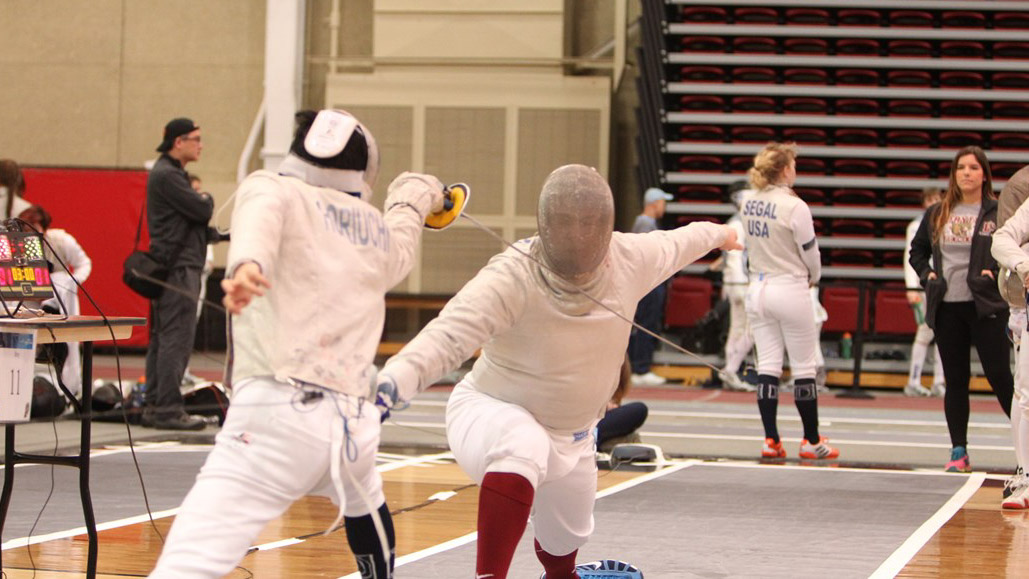 After a seven-week search, Athletic Director Sherryta Freeman announced on Monday afternoon that Greg Rupp will lead the Lafayette fencing program as their new head coach.

Following the departure of former head coach Natalie Kolasa in mid-September, team members had to conduct their own workouts and practices as they geared up for the fall season.

“I know that the fencers have done a lot on their own this semester, which certainly is not ideal,” Freeman said. “[It] was a situation we were kind of handed with the departure of coach Kolasa, which we totally understand, but the timing of that was not great for us in terms of being in the middle of a semester.”

Junior Juliana Sikorski, the captain of the women’s team, was one of the players who assumed a coaching role during the department’s search for new leadership.

“I was the only captain [remaining] from last season, and they didn’t name a men’s captain so it kind of put a lot of pressure on me to run the team,” Sikorski said. “The team really had to bond together to have the motivation to train, because without a coach it’s harder to intrinsically motivate yourself to want to get better.”

Rupp comes to College Hill after six years as the head coach of the Queens College women’s fencing team from 2012-18. He most recently served as the épée coach from 2017-19 at the Riverdale Country School, a high school in Bronx, N.Y.

“We’re really excited about Greg,” Freeman added. “I think his experience at the coaching levels of college and high school are important.”

“[Rupp] seems really committed to fencing and wants to improve the program,” Sikorski said. “He’s going to try and actively recruit, which is something we’ve struggled with in the past.”

“I think for us, whenever we go into a coaching search we’re looking for someone who’s going to be a strong leader for the program, who’s going to bring a certain energy and excitement, that’s going to be committed to our student-athletes and their experience and their development and to care about them and put in the time, the list goes on and on,” Freeman said. “And Greg was really excited to come on board and to be able to provide that to our fencing program.”

Freeman said that former head coach Natalie Kolasa decided to leave for personal reasons, including her commute, marriage and career advancement. The timing of her departure made finding a new head coach a difficult process.

The schedule for the fencing season was also released just before their first meet last weekend, which Sikorski said was challenging since the team felt they didn’t have as much to work for without the schedule in place earlier in the fall. Several fencers also traveled with Associate Athletic Director Andrew Foster to purchase the requisite repairs and upgrades to some of the team’s equipment, which is typically a part of the coach’s job.

Freeman commended the teams’ leaders for stepping up in the absence of a coach.

“One of the things that I wanted to make sure that I thank them for is for their leadership and for the captains being organized,” Freeman said. “So I do recognize that they stepped up big time, and I wanted to thank them for that.”

The team competed in their first tournament of the fall season last weekend, traveling to Philadelphia, P.a., for the Temple Open. Assistant track and field coach Michael Scott accompanied the team.

Sikorski, who fences in épée, placed 35th out of 81 and said that she “performed well.” Sophomore épée Lily Manetta tied for 55th and senior épée Emily Benson tied for 70th.

On the men’s side, junior foil Bora Mutis was the top performer and placed 30th out of 79. Sophomore foil Yiwen Cui finished in 41st place.

The team will return to action on Sunday at the Vassar Invitational in Poughkeepsie, N.Y.