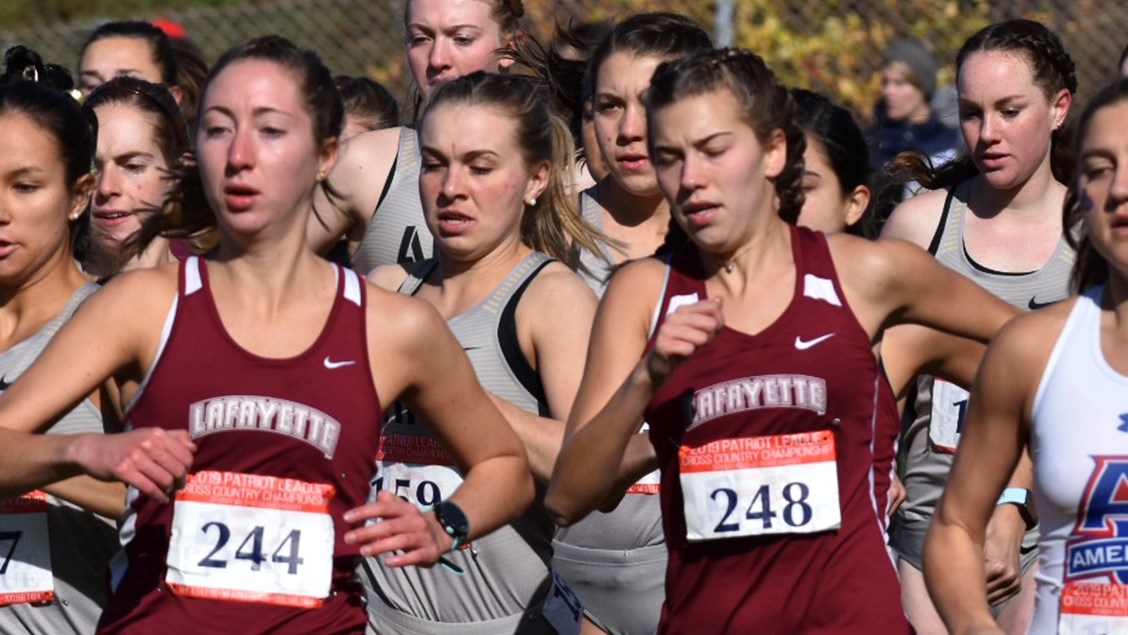 Qualifying players from each team will travel to the NCAA Mid-Atlantic Regionals next weekend. (Photo courtesy of Athletic Communications)

The Lafayette men’s cross country team finished sixth in the Patriot League Championship meet last weekend while the women placed seventh. Ten schools competed in the meet, and both the men’s and women’s teams improved on their placement from the previous season, when both squads finished eighth.

On the men’s side, freshman Robert Oehrlein finished in a time of 26:12.6, good for 18th out of 104 total runners. Oehrlein recorded second-fastest time out of freshmen at the meet.

“[It] was a surprise, but it really motivates me to continue getting better,” Oehrlein wrote in an email. “After seeing the top-14 runners have their names called and receive a medal, I told myself that my goal is to be up there next year. As for the team, I was extremely happy with what we were able to do this season. We wanted to place top-6 at leagues, and we were able to do that.”

“We definitely have our goals set higher for next year, as we are returning our top-8,” Oehrlein wrote. “A big confidence booster for the team came for us at Paul Short [Invitational], when we placed 7th out of 45 teams and had the fastest team average the school has seen in a very long time. We are now focusing our attention on the regional meet and hope to place within the top-15.”

On the women’s side, sophomore Autumn Sands led the way, finishing in 23rd with a time of 22:55.2. Sands’ time made her the sixth fastest sophomore at the meet.

“I try and rest my legs as much as I can the week leading into the meet,” Sands wrote. “The team has basically been preparing for this meet the entire season though. All of our training leading up to it was preparation. We did a lot of hill workouts to get ready for the course and our coach catered most of them to mimic what it would be like to race it.”

“As for the mental aspect, it’s really all about building confidence in yourself and grasping that all the training you’ve been doing has put you in a place to succeed,” Sands added.

“I’m really proud of my team though,” Sands wrote. “We performed with so much more enthusiasm and drive this year. It was amazing to see the change of atmosphere. We had high expectations with a talented freshman class coming in, and we did move up one place in the Patriot League, just falling short of beating Holy Cross.”

“I think having a young team is an advantage because we still have so much room for improvement,” Sands added. “I can see this program taking off in the next few years if we continue this upward  trend, and I can’t wait to see what we can do next season.”

Up next for qualifying members from both teams is a trip to the NCAA Mid-Atlantic Regional on November 15.