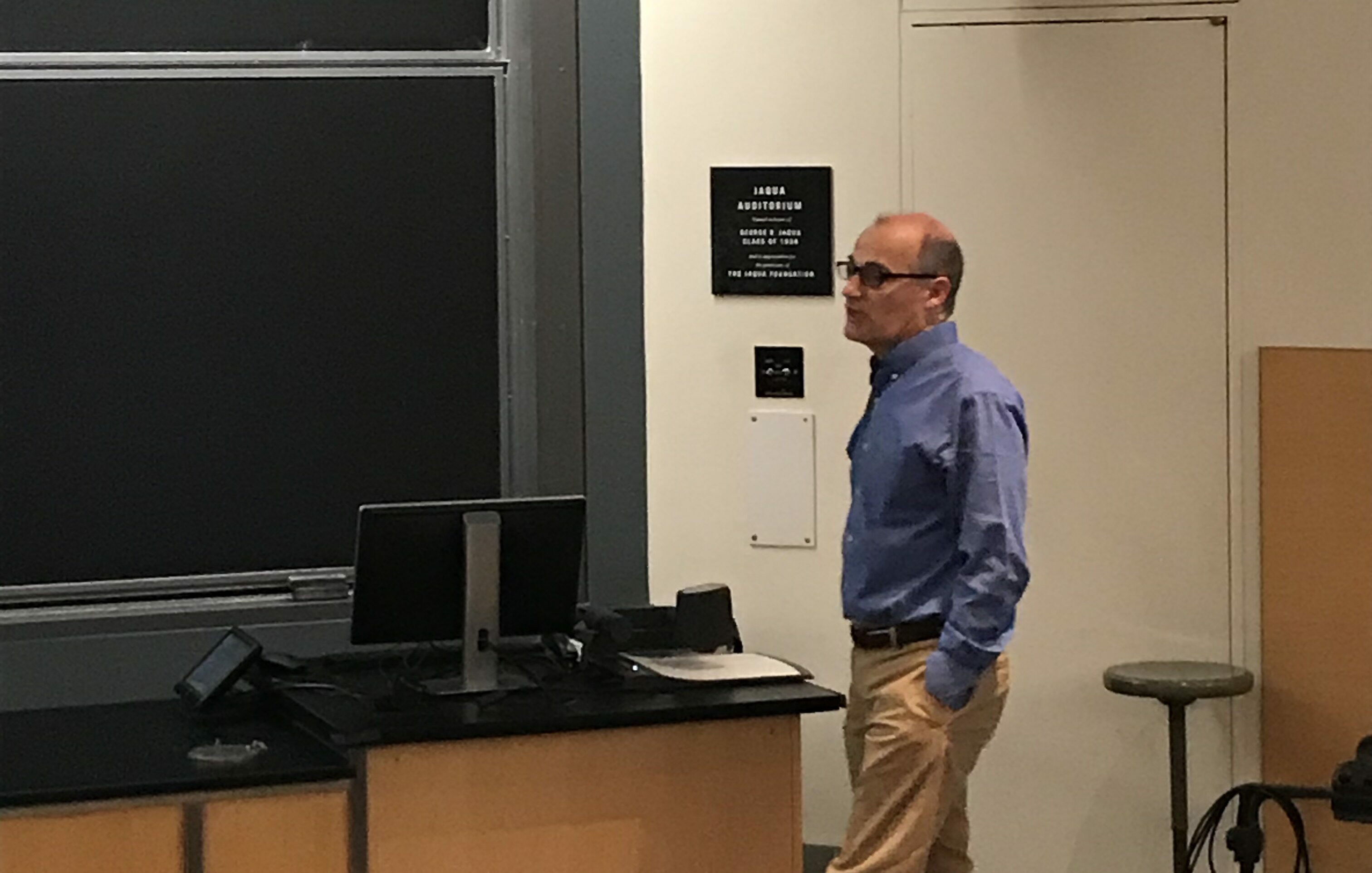 The course scheduling committee held their second set of open community meetings this past week to present potential solutions to a range of issues that have rendered the current course schedule unsustainable.

The committee has met weekly since June, and conducted a campus-wide survey in early September. Common issues highlighted in the survey were overcrowded dining halls during lunch, high usage of classroom spaces during specific teaching blocks, long transportation times to and from the arts campus down the hill, and difficulty scheduling co- and extra-curricular activities during limited periods of free time during the academic day.

After collecting data from the survey and comparing course schedule models from other similar institutions, the committee concluded that the passing time of 10 minutes in between academic blocks is insufficient.

“Our committee has arrived at the conclusion, I would say largely this is a consensus conclusion, that the current core schedule is untenable,” said Jamila Bookwala, Dean of the Faculty and the chair of the committee. “The very first among our charges is that the passing time between classes makes untenable what we have right now.”

“A lot of the students are very, very busy and that’s one of the things we wanted to take into account,” DeVault said.

The 10 minute passing blocks are especially difficult for students with back-to-back classes, and those who have to walk to and from the arts campus at the bottom of College Hill. On the survey, over half of the students who are traveling to or from the arts campus said they “rarely” have enough time to get to their next class before it begins.

Another problem with the short passing blocks is classes running past their scheduled time, which nearly 35% of students said happens “at least once a week,” with an additional 19% saying their classes run late “3-4 times a month.” Having exams or quizzes during class can also compound these issues, as students have to choose between finishing their exam or getting to their next class on time.

“We really felt that it was important to ensure that we have 15 minute passing times between all classes,” DeVault said.

Another goal of a potential new course schedule is to regularize teaching blocks as much as possible, so that classes don’t cross over with one another in terms of start and end times. DeVault said the committee also seeks to ensure that there is equity “within and across departments and programs” when carrying out this goal.

“We don’t want to place too much of a burden on any one department or any individual,” he added.

The current course schedule includes 12 teaching blocks, with seven on Monday, Wednesday and Friday and five on Tuesday and Thursday. While the registrar’s office concluded that it would be possible to move to 11 teaching blocks, the committee’s proposed schedule changes would keep the number at 12.

“The 12 teaching blocks provides more flexibility, and contains a block from 4 to 7 p.m. in which teaching is limited,” DeVault said. “A lot of activities, it’s not just athletics, the arts campus, rehearsals, all the faculty meetings and committee meetings, all our student programming, a lot goes on during that time period. And so we felt is was important to preserve that block as much as possible.”

One other important finding from the survey is that the campus community wants to keep a common lunch hour for at least some portion of the week. Over 70% of students, faculty and staff responses indicated that it was either “moderately” or “very” important to maintain a common lunch hour at the college. DeVault said that in the committee’s comparison models with other schools, they found that very few similar institutions do not teach classes at lunchtime.

The committee ultimately proposed four new potential schedules, all of which can be viewed on the college’s community spaces website. The following options were presented by the committee and are in no particular order.

The first potential schedule, “option A,” bumps up the start time of the first class on Monday, Wednesday and Friday to 7:45 a.m., to accommodate for the longer passing periods, and maintains a common lunch hour everyday. DeVault said the earlier start time is “pretty unavoidable” if the college wants to keep the common lunch hour.

“That fourth hour is something that has come up quite a bit,” DeVault said. “One of the advantages of the flexible teaching blocks is they allow you to build in that fourth hour.”

Another advantage of option A is that the teaching blocks are aligned from 11 a.m. onward every day of the week. Classes would end daily at 4 p.m.

The next potential schedule, option B, would change the start time of classes every day of the week to 7:45 a.m., and aligns all teaching blocks in the morning while maintaining the common lunch hour as well.

Option C would also start classes every day of the week at 7:45 a.m., but would only preserve the common lunch hour on Tuesday and Thursday, while Monday, Wednesday and Friday would contain a teaching block from 11:50 a.m. to 12:40 p.m. The teaching blocks would be aligned in the afternoon, similar to option A, and the Monday, Wednesday and Friday schedules would have four 75-minute flexible blocks.

“What you get here is an additional 75-minute block. The faculty seem to want to teach in 75-minute blocks, we feel the fourth hour is important and so more 75-minute blocks is a good thing,” DeVault said. “But again the cost here is you lose the common lunch hour on Monday, Wednesday and Friday.”

A benefit of option C is that classes would end everyday at 3:45 p.m., which DeVault explained could potentially help the student-athlete population, many of whom often practice at 4 p.m. and would therefore have an extra 15 minutes to get to their team commitments.

“Athletes have often shied away from taking classes that run right until 4 [p.m.] because you have to transition to practice,” DeVault said. “In our conversations with athletes, they said an extra 15 minutes would be really helpful, and they’d be more inclined to take those courses.”

Bookwala said the committee expects a new schedule to be implemented during the 2020-21 academic year, most likely in the spring semester of 2021.