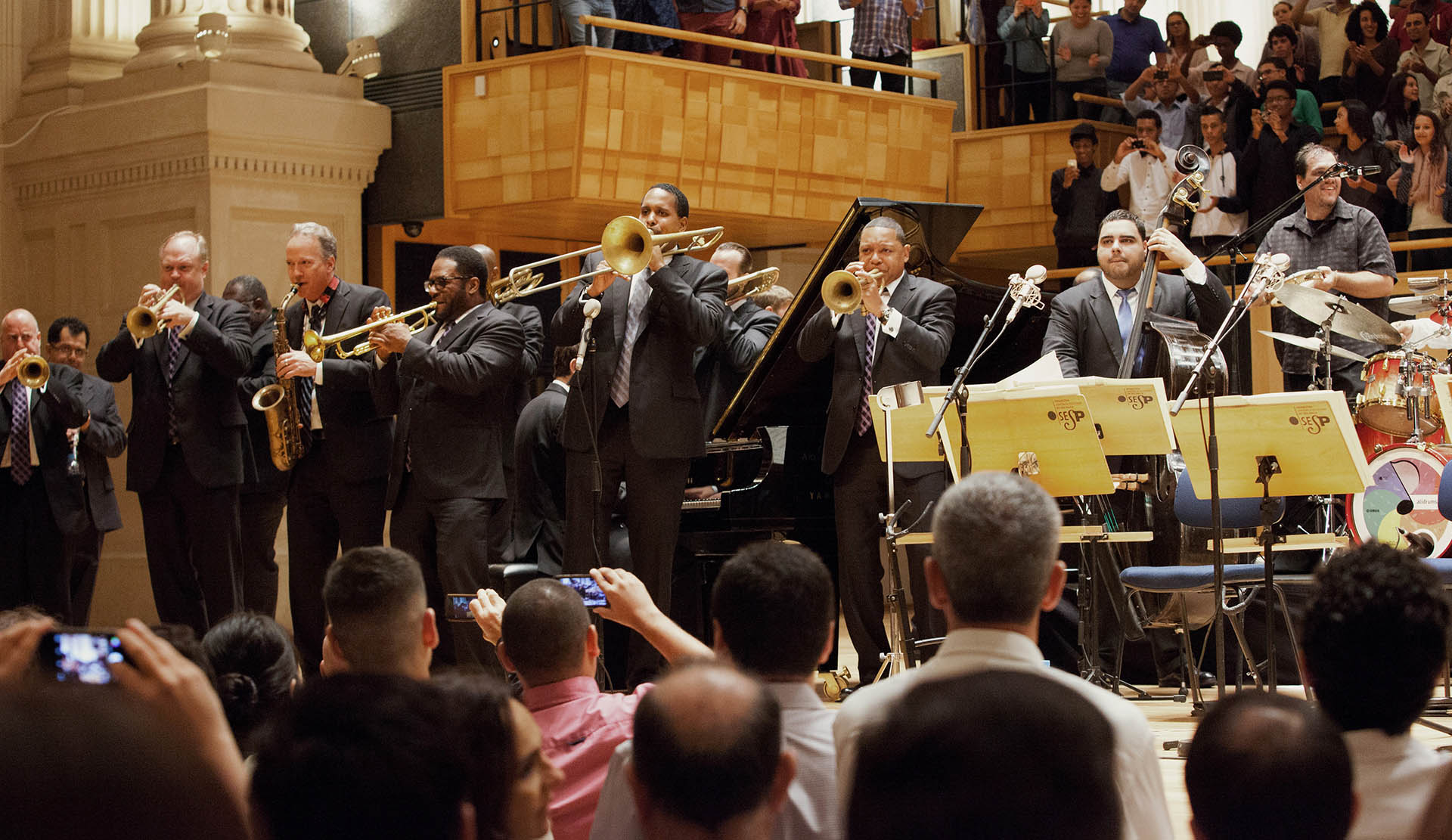 Jazz at Lincoln Center Orchestra is “widely considered the most accomplished ensemble of players in the world, on any stage,” according to director of the college’s performance series, Hollis Ashby.

Usually playing to thousands a night, the audience will experience a more intimate program performed in the smaller 400-person capacity theater at the college.

Marsalis is a nine-time grammy award winner. He has fostered a group that is considered to be the cultural epicenter of jazz. The Telegraph said that “Marsalis himself, I think, is a magnificent interpretative artist, and that applies as much to his role as orchestral director as it does to his trumpet playing.”

“[Marsalis] has chosen a group of people who have worked together for a very long time,” Ashby said. “So they understand each other’s creative viewpoints and they trust one another.”

Outside of the orchestra, the members are respectively soloists and musicians, each leading diverse projects. However, they all share a rich history and understanding of music, Ashby said.

“They were born into musical families, it was like they were born with a saxophone reed in their hand. That is something they have in common, this world view that comes from a place of music,” she added.

Ashby said she is very excited to host the Jazz at Lincoln Center Orchestra at the college. Having received an email from the group’s management about playing on campus, Ashby arranged to fit them appropriately into the school’s annual jazz program.

“To have that sound in our hall is going to be amazing,” Ashby said.

While the tickets for the orchestra are currently sold out, there will be a standby line for the event. However, Ashby believes that it will be likely that “most people are going to be using their tickets on Sunday.”

There are two more events scheduled to round out this year’s Jazz Program: Joey DeFrancesco Trio and Pablo Ziegler Jazz Tango Trio, both scheduled to perform in March.