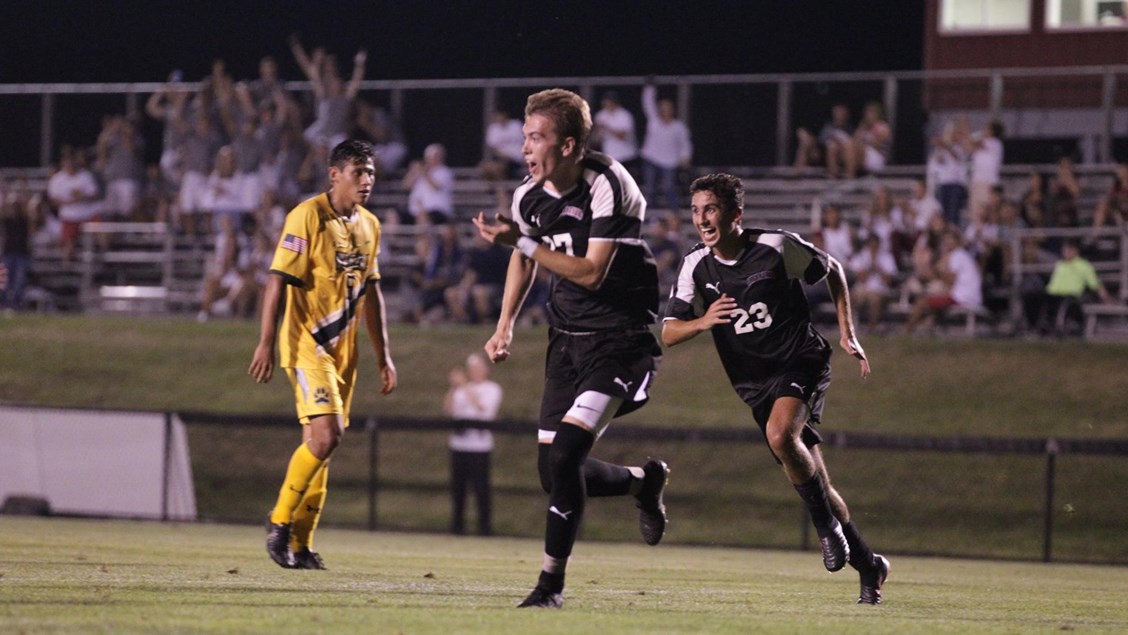 The Lafayette men’s soccer team played twice this past week, tying rival Lehigh 0-0 on Saturday after two overtimes before losing 2-1 to Drexel on Tuesday. The team’s record is now 8-5-3 overall, and 4-2-1 in the conference.

In the game against Lehigh, the Mountain Hawks opened the game with a quick shot on goal within the first two minutes, but sophomore goalkeeper Alex Sutton came up with the stop.

“I wasn’t thinking too much, it was a very quick reaction,” Sutton said. “It’s muscle memory. We had a really similar play against American University where they scored, so a theme for myself this week was reversing the plays where we could have made the save last time.”

The Leopards had a scoring opportunity later in the first half on a close shot by senior midfielder Ryan Goncalves, but it just missed the net and the score remained 0-0 heading into the halftime break.

Both teams traded missed shots in the second half, and the scoreless game continued into overtime.

“No goals allowed,” senior captain and defender Christian Williams said. “We just have to be more mentally focused and tougher than them to hopefully get the opportunity to finish it off.”

At the end of the two overtime periods, each team had only taken one shot on goal during the extra frames. Despite finishing with a tie, Lehigh sits in first place in the Patriot League and has not yet lost a conference match.

“In soccer when you play away, a tie is very good,” Williams said. “It shows we can play with anyone in our league and make a difference.”

“[Williams and the back line] were focused the whole time, and kept Lehigh’s leading striker in the conference to 0 shots,” Sutton added. “We know each other well on and off [the] field which helps the chemistry when we get on the field. We work in practice on shifting and communicating with each other.”

Sutton played all 110 minutes of the game and had three saves to keep the Mountain Hawks off the board. The game was his fifth shutout of the season, and the 10th of his college career.

“Alex Sutton made a few huge saves that could’ve lost us the game, luckily he was there to help us,” Williams said. “[Sophomore forward] Nick Hazel had a good game, he’s someone who doesn’t get a lot of credit but [Lehigh] was one of his best games of the season.”

In the game against Drexel, the teams were very even statistically with each recording seven shots and three on goal. The match started off with four quick corners, three by Lafayette and one by Drexel, but it was the Dragons who found the back of the net first at 19:08 to take a 1-0 lead. Junior defender Kyle Robbins ended the first half with a shot that was saved by Drexel’s goalkeeper, keeping the Leopards off the board at the half.

Shortly after the break, freshman forward Hale Lombard scored his fourth goal of the season off an assist from sophomore midfielder Will Echeverria. Drexel regained the lead just minutes later with the eventual game-winning goal at 55:08.

“[Tuesday] was tough getting the loss, but I think that gives us more motivation to prepare for Bucknell,” Williams said. “It’s one of our two final [regular season] games so we’re trying to emphasize putting ourselves in the best case scenario moving forward.”

The Leopards will host Bucknell at 6 p.m. tomorrow for a conference match on Senior Day, the last home regular season game. Lafayette will travel to Navy on Wednesday for the regular season finale at 7 p.m.