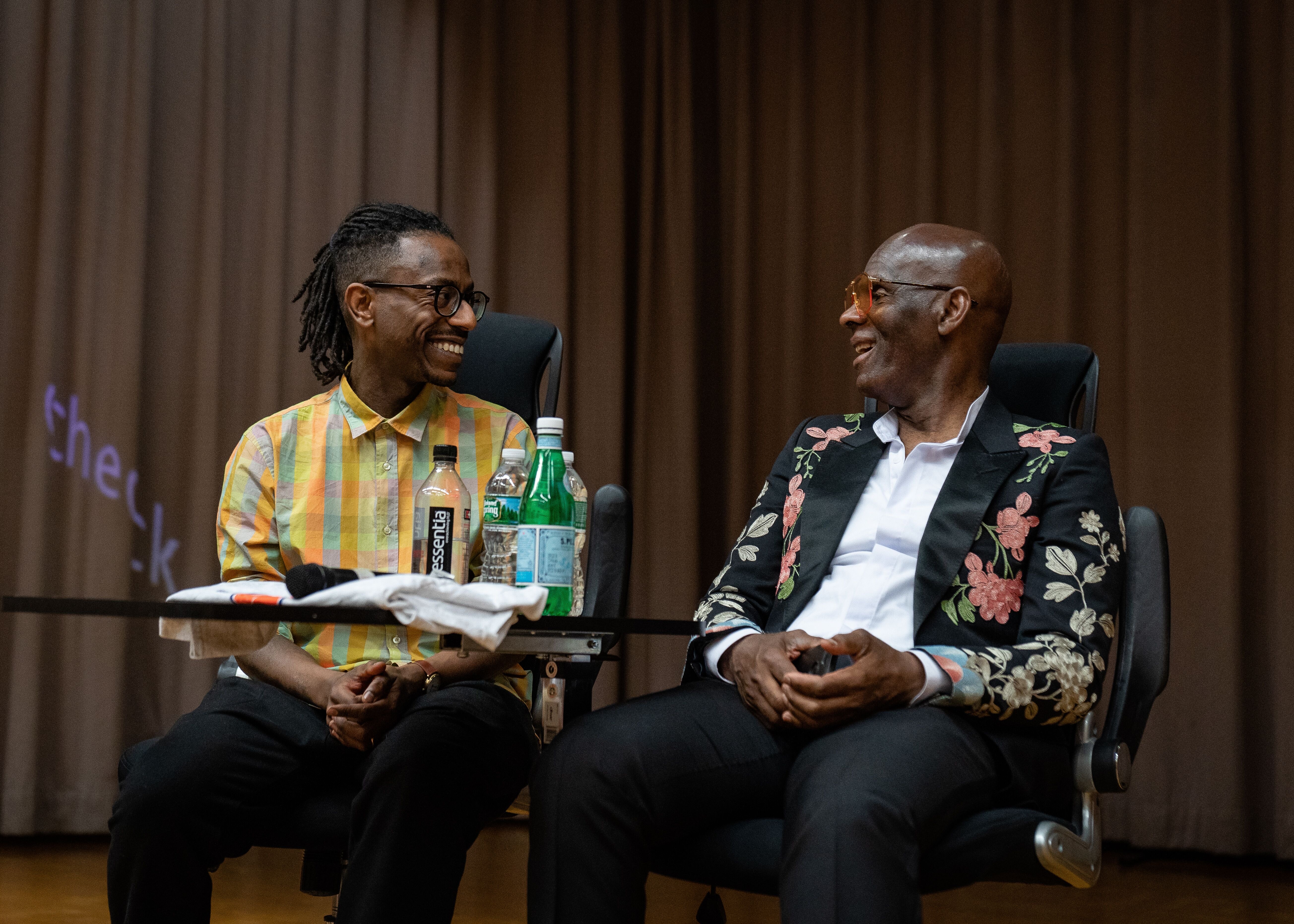 While conducting research for his memoir, Mikael Awake spoke with Dapper Dan and his family and researched his hometown of Harlem. (Photo Courtesy of Jelani Day)

Awake said that he interviewed for the opportunity to write the memoir after his name was put forward by an editor at a magazine familiar with his work. The publishing house and Dapper Dan himself came to the decision to hire Awake to help write the book.

While Awake has written two unpublished books, a novel and a book of short stories, this is his first published book.

“The challenge was trying to get into the voice of Dapper Dan, that would work for the book,” Awake said.

“So the story was not a challenge, which is great,” he added. “It’s freeing because you don’t have to come up with an original story. You don’t have to fully come up with the characters or voice. But the challenges were kind of crafting a narrative that made sense for what the subject was trying to get across. It’s their book at the end of the day.”

Awake explained that Dapper Dan has had a very successful fashion career, in which he made designs that were based on products by big name brands such as Gucci and Louis Vuitton.

“His big innovation was kind of taking logos and re-duplicating them over and over again on, on clothing,” Awake explained.

Awake said that Dapper Dan’s Louis Vuitton print, a jacket and pants, was completely new for the time, since Louis Vuitton was only making bags at that point.

“So what this look did from 1986, was you look 10 years in the future, and Louis Vuitton has coats that look exactly like that on their runways,” Awake said.

Although Dapper Dan is famous for his successful fashion career, the memoir also explores other elements of his life.

While conducting research for his memoir, Awake spoke with Dapper Dan, his family and researched Harlem, where Dapper Dan is from.

“There was a lot of research that went into kind of telling that full story, research into Harlem, research into New York City in the ’60s, ’70s, ’80s, you know, before we were around, and even the times before that, just to get a sense of like his grandparents and what what was their story,” Awake said. “Dapper Dan’s grandfather was born into slavery, and that shows you just how close that history is, you know, and [Dapper Dan is] 75 now.”

Awake explained that while he worked with Dapper Dan on the memoir, he learned a lot about Dapper Dan’s interest in spirituality, which deeply affected his career as a designer.

While Dapper Dan did not go to fashion school, he became a custom clothing maker focused on designing clothes based on his customers’ spiritualities, interpreting their expressions through symbols with words, patterns, and fabrics, according to Awake.

The memoir took Awake a year to write. He explained that after writing the memoir, he has felt challenged to get back into his own voice, so he is now working on new project: a crime novel.

Correction 11/06/2019: This article originally stated that Awake has previously published two books. However, the two books Awake has written has not been published.