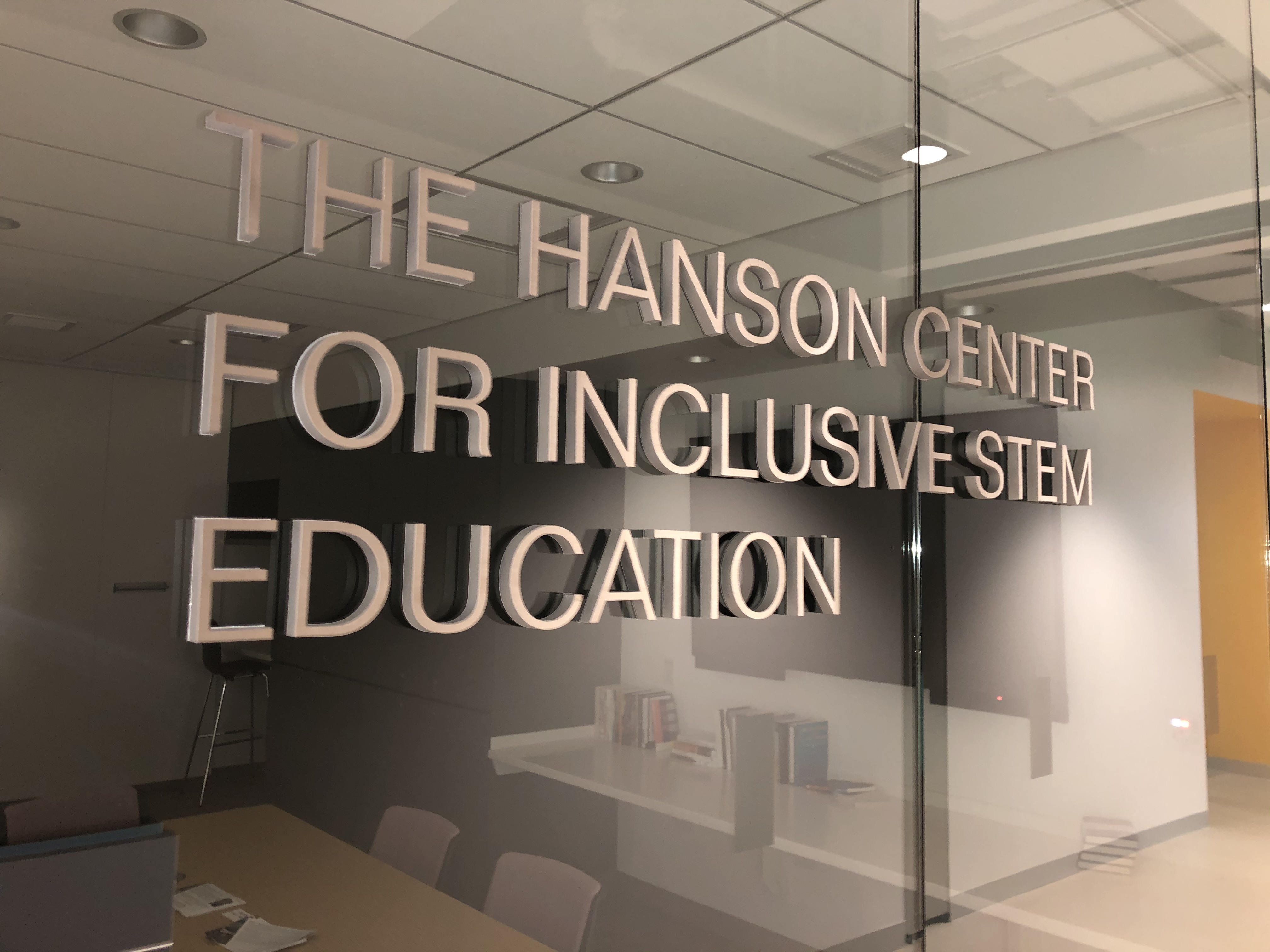 The Hanson Center is housed in the newly constructed Rockwell Science Center. (Photo by Brandon Marin ’22)

The addition of the Hanson Center for Inclusive STEM education to the Rockwell Integrated Sciences Center will tackle the lack of inclusion within the scientific disciplines, a common trend throughout United States universities.

Created in 2017 after a $5 million gift from Daniel and Heidi Hanson ’91, the Hanson Center will provide several resources for “coordinating [Lafayette’s] efforts to holistically support the recruitment, retention, and thriving of all students,” according to a handout about the center.

The college is currently in the process of appointing a director for the center. The director will be tasked to “develop innovative initiatives and support existing programming to strengthen meaningful participation of underrepresented STEM students, build interdisciplinary faculty community, support related research and foster communication internally and externally,” according to the college’s job listing.

“[Heidi Hanson] was interested in making a substantial gift that would help us with recruiting underrepresented students and she’s been supportive of some of those efforts in the past,” President Alison Byerly said. “Our faculty have been really interested in coalescing some of those efforts into a research center, and so we were able to present to her the idea that her gift could support the establishment of the center and the appointment of a director.”

Chawne Kimber, professor and department head of mathematics, noted the importance of inclusion in every academic discipline, but said that the contrast in STEM is especially pressing.

“We focus on STEM due to the demographic disparities nationwide among participants in STEM that are not as stark in other fields of study,” Kimber wrote in an email.

According to President Alison Byerly, the college’s Academic Planning Committee has been “wanting to see growth” in inclusive STEM education over the last couple years.

“It’s really about…not just STEM education, but the teaching of STEM fields,” she said. “What can we do within our own faculty to reinforce pedagogical techniques that will help us be successful in drawing a wide range of students into STEM?”

A report from the National Center for Science and Engineering Statistics found that, although over a third of Black, Latino, and Native American students enter college with an interest in studying STEM, only 16% go on to obtain bachelor’s degrees in these fields.

Likewise, despite making up about 50% of the labor market, only 28% of women are in STEM fields while men make up about 72% of the sector, according to the National Girls Collaborative Project.

“We know very well that both conversations in STEM classrooms and processes and products of STEM are better when there’s a more diverse team developing them,” Jenn Stroud Rossman, professor of mechanical engineering, said. “Everyone who wants to do [STEM] ought to be able to succeed in this environment, because of this environment, and not in spite of the environment.”

Although Lafayette and other universities have organizations pertaining to inclusion within the scientific disciplines, Rossmann noted that the Hanson Center proves itself to be “special.”

“It also takes into account subjects that . . . might improve our understanding of the interaction of STEM and society, [like the] history of technology, [the] anthropology of infrastructure,” Rossmann said.

Classes focusing around gender, race and how those intersect within the STEM fields will be just some of the curriculum linking the scientific and liberal arts disciplines.

For professors, a partnership with Lafayette’s Center for the Integration of Teaching, Learning and Scholarship will allow the Hanson Center to “develop and promote best practices for inclusive STEM pedagogies, particularly in relationship to under-represented students,” according to the handout.

The center will likely partner or co-sponsor events on campus ranging from the Summer Program to Advance Leadership in Science, Technology, Engineering, and Mathematics to faculty reading groups, Rossman said.

“When people think about inclusion . . . in STEM, they [think] of a pipeline,” said Rossman. “Getting women and less well-represented people in some sort of pipeline that’s going to shoot them to the other end, fully formed scientists and engineers.”

Rossman said she disagreed with this metaphor, however, and encouraged people to view the Hanson Center “as a watershed, as an ecosystem, in which everybody contributes, and everybody can thrive, but only if every part of the ecosystem is healthy.”