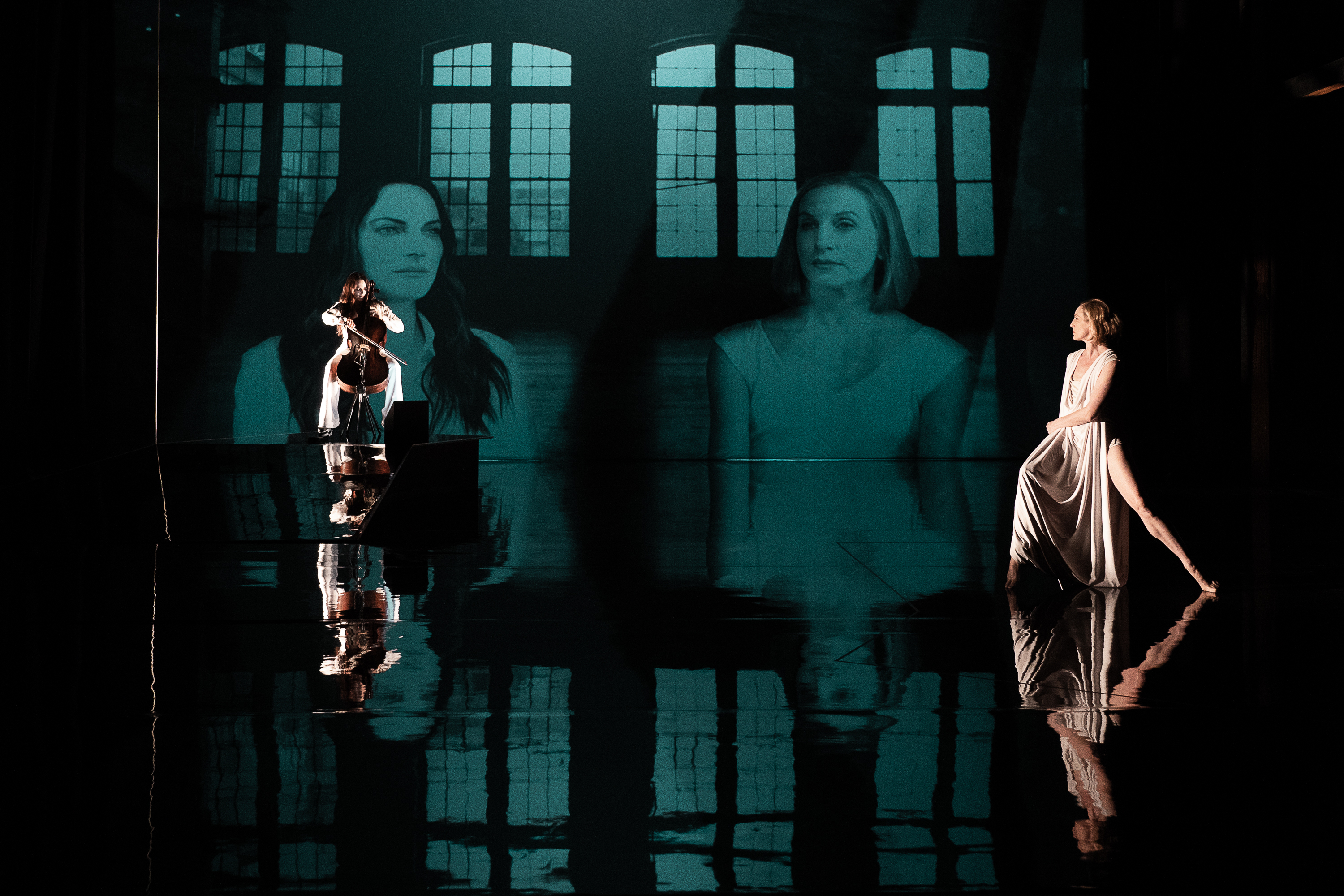 “The Day” explores life and the eternal in a collaborative fusion of music and dance. (Photo courtesy of Jacob’s Pillow)

“Life is gone in a second,” said dancer Wendy Whelan. “But let’s explore this moment together as fully present as we can for this hour.”

Whelan will accompany cellist Maya Beiser for a performance at the Williams Center for the Arts next Wednesday, November 6. Their performance, “The Day”, is a fusion of music and dance and a collaboration with Pulitzer Prize-winning composer David Lang and postmodern choreographer Lucinda Childs.

The performance also explores life and the eternal, according to the Jensen Artists website. The show originated in 2001, when Lang and Beiser were working on a piece called “World to Come.” They were still working on the piece on September 11, when events that occurred changed the meaning entirely. “World to Come” now represents that day, the void left in New York City, and the initials that spell out its title can also stand for World Trade Center.

After Beiser had been performing the piece for years, in 2016, Lang composed a prequel to “World to Come” called “The Day.” For the piece, Lang crowdsourced from the internet, asking for people to finish the sentence, “I remember the day that…”. He collected 300 responses and put them in alphabetical order. These samples of text appear every six seconds of the piece, ranging from “the most mundane things to the most profound,” according to Whelan.

While recording “World to Come”, Beiser said that she kept seeing an image of a female dancer who would dance onstage while she was playing and immediately thought of Whelan.

Today, Whelan and Beiser are performing “The Day” to audiences across the country. The first half of the piece is the musical number “The Day,” which is about building and describing a human life, according to Whelan, while the second half is “World to Come” which is more about the metaphysical and the spirit leaving the body.

Whelan, originally from Louisville, Kentucky, has been dancing ballet since she was three. At a young age, she began to learn different styles of the dance. She joined the New York City Ballet as a teenager and stayed until 2014, completing a 30-year career with the company. Today, she is the associate artistic director of the company.

In her time with the New York City Ballet, Whelan said that she was often chosen to work with contemporary choreographers because she showed that she had an open mind and could speak, in the form of dance, in different ways.

“That being open sort of played out through my whole career dancer for 30 years,” Whelan said. “When my advisor approached me about [“The Day”], it was a perfect segway into another new idea for me.

Beiser is a renowned cellist in her own right. Raised in Israel with a French mother and an Argentinian father, she began to play the cello at an early age. While she was classically trained in her early years, she also developed a desire to play music outside of the genre. Upon moving to the United States to attend Yale University, Beiser said she started rethinking her career. Today she is involved in several projects across genres, including takes on classic rock tunes and a reimagining of the music of David Bowie.

“It was about finding an art form that allows me to be here and now while not disrespecting the past because it’s always part of everything I do, but at the same time, trying to find meanings for right now for me as an artist,” Beiser said.

“The Day,” according to Whelan, possesses a quality of living in the moment.

Beiser explained that during the performance, she feels as though she is in a trance.

Whelan explained that the show, thanks to Childs’ abstract choreography, provides a journey that “gives the audience the ability to create their own narrative.”

“[The show] can be as much or as little about the towers as you want it to be, but it is sort of about after you have these mundane or profound moments in life when the soul separates from the body and what happens then,” Whelan said.

Both Whelan and Beiser expressed their hopes for the audience to experience during the show.

“I want people to know that it’s a meditation, and it’s becoming apparent that that’s what it is,” Whelan said. “So we’re not going to dictate to you what it means, it’s really for the audience to meditate on, you can almost go into a trance watching this piece, and it’s okay to go there.”

“I hope that people will truly be transported for that one hour and that it takes you inward and also allows you to open yourself up to other peoples’ experiences to experience something very personal,” Beiser said.