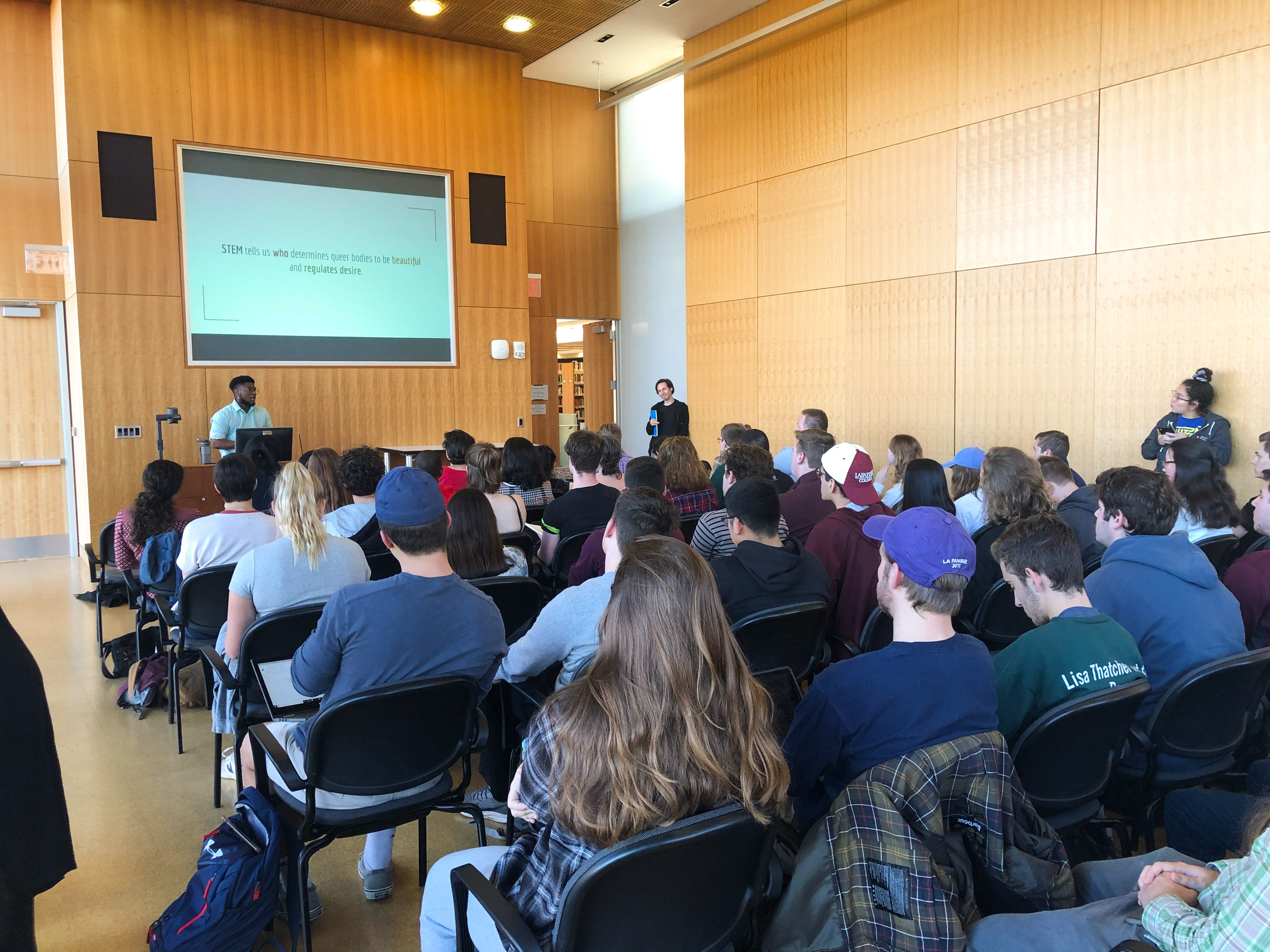 The faculty panel on queer inclusion and STEM spoke on implications that science can have on establishing societal norms. (Photo by Brandon Marin ’22)

The Office of Gender & Sexuality Programs ended their celebration of LGBTQ+ History Month with a faculty panel this past Wednesday that explored the deeper relationship STEM has with identity.

Thompson said the goal of the panel was to foster a “conversation intersecting queerness and STEM fields.”

Armstrong spoke on the downfalls of focusing on who rather than what attributes to diversity.

Diversity is “incredibly important for reasons obvious to you” Armstrong explained, but by capping the notion of diversity there, the conversation avoids larger issues.

“A lot of engineering has the capacity to use power to create situations that are more liberating, recognizing the experience of diverse individuals.” Armstrong explained.

Armstrong then said that the field frequently falls short of this potential due to the human biases built into STEM that often go overlooked.

Liew spoke about the objectivity that many attribute to scientific data, even though it is, at its core, biased.

“The people in power…they control the data. So if they choose to let you use that data, you have a very specified subsection. And from that you can draw conclusions and make it true for the world without even knowing about [the other data].”

Frequently science is used as a justification to back policy, Liew said, asking “What does that actually mean?” if it is biased.

“Airbags get invented, they start to deploy and they harm women. It is not a plot to harm women, it was just that everyone on the [design] team was male and they built it to the average specifications of the men on the team,” Armstrong said.

While eliminating these subconscious and conscious biases that influence STEM fields is not easy, the panel suggested that it can be done.

While Groo was optimistic about Lafayette’s direction to a commitment of diversity, she encouraged students to start conversations with their professors and to “always [be] thinking about the social side of [science fields] and maybe push your professors that way as well.”

Although the interactions between STEM and identity may not seem obvious at first, this panel displayed the implications that science can have on establishing societal norms.