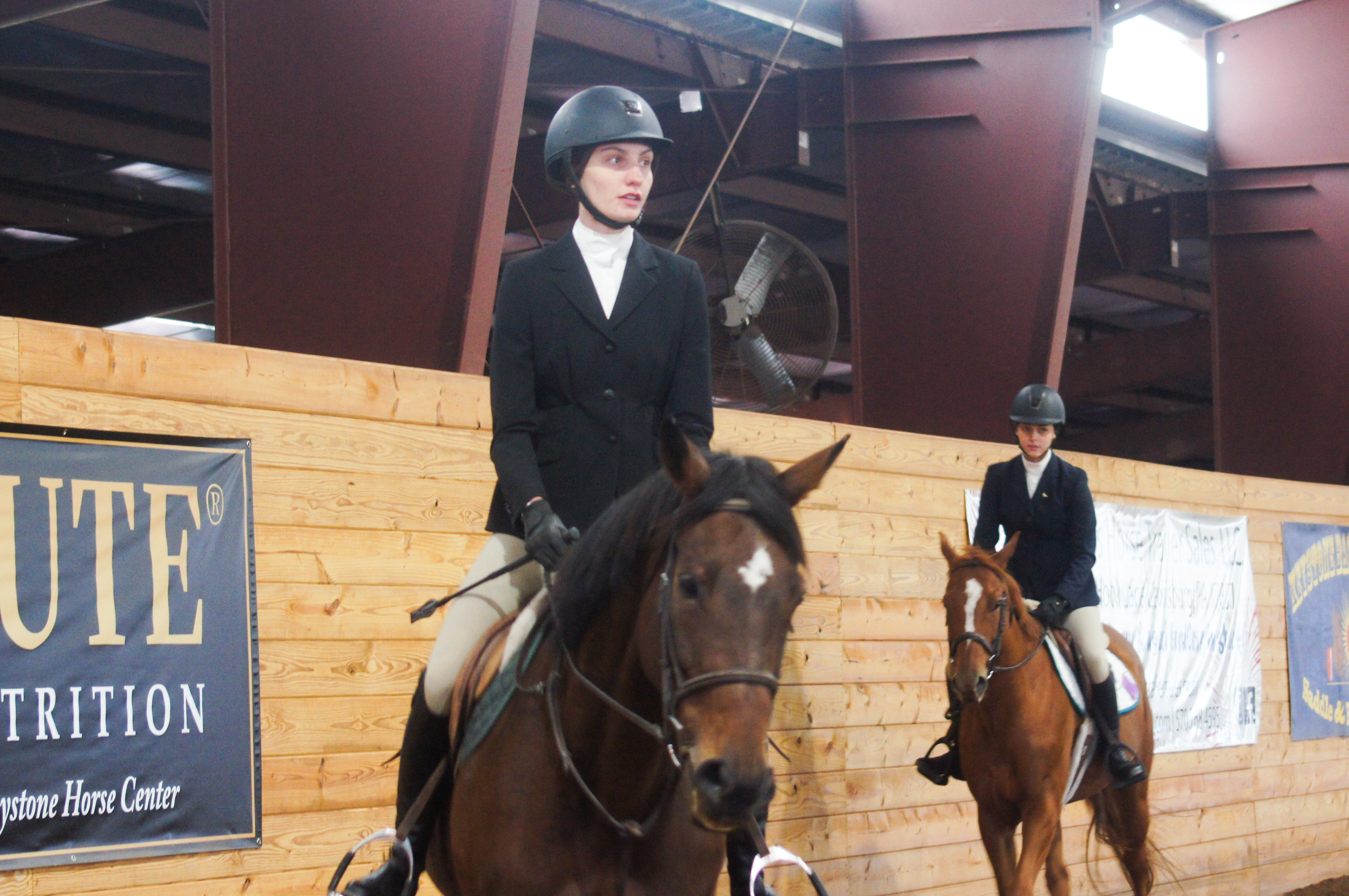 Equestrian began its season with two consecutive weekends of scoring second place on Saturday and fourth on Sunday. (Photo courtesy of Chloe Meyers ’22)

Last weekend, the Lafayette equestrian team participated in two events, with Saturday’s hosted by Kutztown and Sunday’s hosted by Lehigh and DeSales. Their performance this weekend and at the previous two shows have landed the team in third place in the region, while last year at this time they were in seventh place.

Junior captain Amanda Fanning said the team had some pretty good draws this weekend. However, she and her teammates, sophomore Margo Mukherjee and freshman Maggie Sigmond-Warner, all agreed that their performance was much better on Sunday, when they earned fourth place, rather than on Saturday, when the team earned second.

“I had some pretty good draws,” Fanning said. “It’s very luck of the draw. The idea is that a good rider can ride any horse better.”

Both Sigmond-Warner and Mukherjee mentioned Fanning’s impressive rides this weekend.

“Amanda always does amazing,” Sigmond-Warner said. “Everyone has a certain style of riding, but Amanda [Fanning] is the most flexible rider with any horse. She can do well with whatever style that horse wants, which not everyone has.”

Sigmond-Warner explained that when it comes to the judging of the shows, “unlike other sports, horseback riding is extremely subjective. Judges prefer certain styles.” Sigmond-Warner has gotten first and fourth in her class in the previous two meets.

“We have a lot of freshmen, and they’ve done really well,” said Mukherjee, who won in her class in limit flat on Saturday.

“It’s a really nice environment, and everyone is really helpful,” said Sigmond-Warner, on being a newcomer to the team. “Since it’s my first year, I’m not as experienced so I have my teammates to help me out.”

The team will participate in 10 shows total, and then will have the opportunity to compete in regionals. Fanning qualified for regionals in the flat fences category after winning in flat on Saturday and coming in second over fences and third on flat on Sunday. Sophomore Emma Wilson also qualified, for flat and fences. Wilson placed sixth in her class in limit flat on Saturday and third in limit flat on Sunday.

Junior Grace Nicholas was commended by her teammates for a good ride on Sunday as well, and sophomore Chloe Meyers won her class in limit flat on Saturday and came in third in limit fences and fourth in limit flat on Sunday. Additionally, freshman Lindsay Strachan came in second in open fences and sixth in open fences this weekend, and freshman Meredith O’Neil added a third and a second place in novice to her record.

“Everyone really wants to go to the Festival of Champions in December, but you need to be the top team in the region,” Mukherjee said. “We’re trying to make sure we hit that record.”