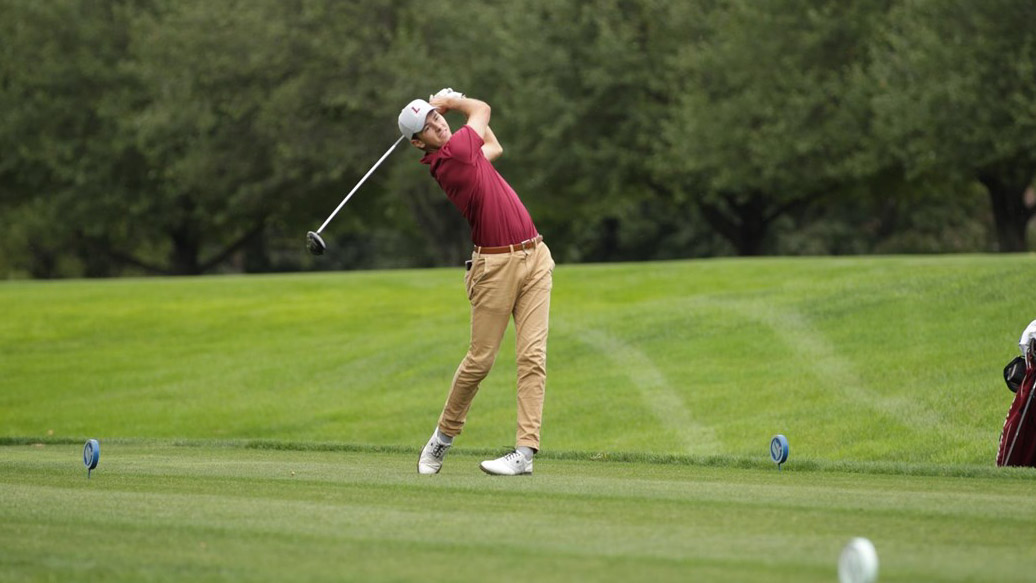 Just a few days after reclaiming the President’s Cup from rival Lehigh, the Lafayette golf team returned to action at the Lehigh Invitational last weekend. At the 36-hole tournament, the team finished in a tie for fourth place with three Leopard golfers placing in the top-15.

“I think we put ourselves in great position to make a charge but it’s unfortunate that we didn’t have the round that we’re capable of playing to make a good charge,” head coach Jim Hutnik said. “Early on we made a couple of mistakes on a couple holes and put ourselves in a place where we had too much to make up.”

After shooting a combined first round score of 302, good for third place, the Leopards followed up with a second round score of 301 and dropped into a tie for fourth place with Iona College. Lafayette finished 11 shots behind the winner, Holy Cross, and placed third out of six Patriot League teams.

“We’ve been doing fairly well so far as a team this season. We’ve had a fifth, a fourth, a third and a second place finish,” freshman Martin Vanhaelst said. “There are definitely positives to take from this.”

Vanhaelst posted the best individual score for the Leopards, finishing tied for 10th with a score of 149 through the two rounds. Vanhaelst, the only freshman on the team, recorded four rounds of either 70 or 71 in the month of September alone.

Finishing right behind Vanhaelst was sophomore Ryan Tall and junior Brendan Cronin, who tied for 14th with matching scores of 151. Cronin said he played well overall but that his score was inflated by a few bad holes.

“[My play was] definitely not up to my expectations, it was a frustrating two days,” Cronin said. “My first day I was four-over through three [holes] and finished four-over. I was so close to playing well but I had a bunch of holes that could’ve easily not been what they were.”

The top finisher of the day was Justin Williamson from Army who was even through two rounds with a final score of 144. Senior Will Halamandaris and sophomore Kazuki Osawa tied for 26th place and each shot 155.

“We just didn’t put it all together as a team,” Cronin said. “It was an alright performance and we were satisfied but you always want to finish better than the way you did.”

Through five invitational tournaments this year, the Leopards have placed within the top-5 four times with their best result finishing 2nd out of 14 at the UConn Invitational.

“The missing piece to our potential wins is I’d say our overall consistency,” Vanhaelst said. “Golf is all about ups and downs.”

“The chemistry of this team is amazing, I genuinely think that if everything gets into place for next spring, we could be the favorites heading into the league championship,” he added.

The Leopards will conclude their fall season with a trip to Florida next weekend to compete in the Florida Gulf Coast University (FGCU) classic.