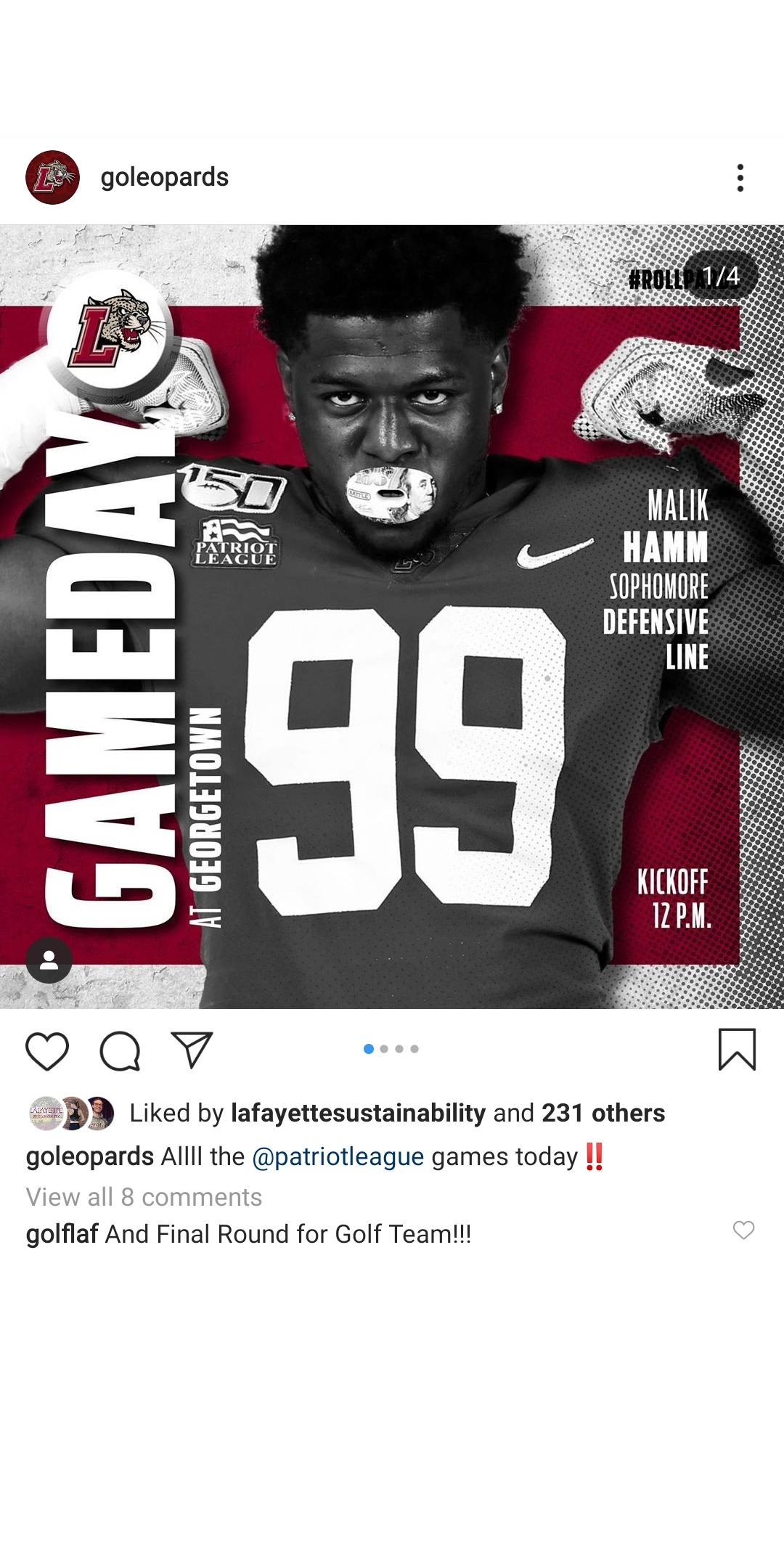 Last Saturday, the GoLeopards Instagram account posted photos of football, both men’s and women’s soccer teams, and volleyball, with the caption “Allll the @patriotleague games today!!” The post drew backlash from members of the golf, cross country, and swim teams, all of which faced Patriot League opponents that day as well.

The Lafayette golf team commented on the post that they were currently on the final round of their tournament. Facing multiple conference opponents at the Lehigh Invitational, the team entered the day in third place and ended up tied for fourth.

Freshmen swimmers Haleigh Marzano and Annika Murray added their comments to the post, as the swim and dive team had a dual meet at home against conference rival Loyola Maryland.

“When I saw that the post said ‘All the Patriot League games today’ I expected to see my team included because it was our first (and only) home meet of the season, in the Patriot League, and it was also our senior meet,” Murray wrote in an email. “It’s disappointing that the swim team (and apparently the cross country team) doesn’t get the same level of attention as football/[soccer]/volleyball.”

“I decided to comment just because I wanted to bring attention to the fact that they excluded our team, and people should know that we had a meet that day!” she added.

“Our department works tirelessly to promote and publicize Lafayette College through its athletic programs as best we can and with the resources available,” wrote director of creative media Brian Ludrof. “Feedback from our student-athletes is taken extremely seriously and we are always willing to work on ways to resolve any issues or concerns.”

Murray wrote that she didn’t feel nervous to make the comment against the department because “if it brought attention to the matter it would be a positive thing.”

“I just want the swim team to get as much coverage as other teams even though we aren’t a scholarship team,” she wrote. “I talked to many teammates and we all share the same opinion that our team does not get the same treatment as others in terms of media coverage. We didn’t have any type of ‘media day’ besides the photos taken for our roster, which is disappointing.”

Murray added that she did not receive or hear of an apology or acknowledgement of the post or her comment from the athletic department.

I see Goleopard media group has omitted swimming and diving again. On Nov 8, the women’s team hosted LIU at home but were forgotten again. Why?