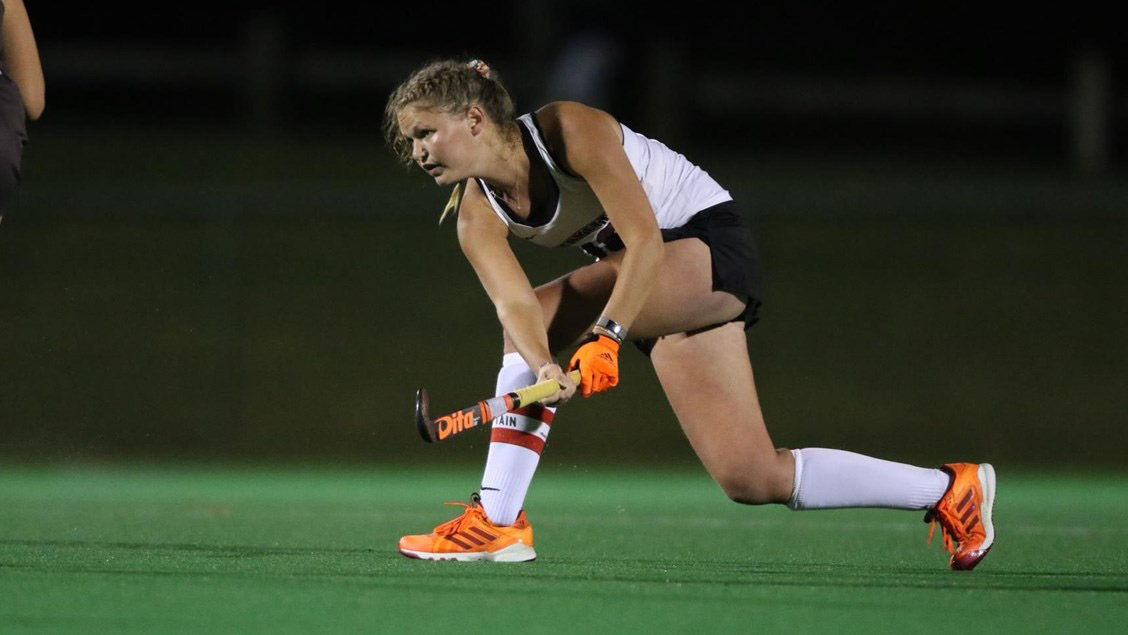 The Lafayette field hockey team clinched a spot in the Patriot League tournament for the second straight year with a 1-0 win over rival Lehigh last Friday. Sophomore forward Molly McAndrew was the hero of the game, netting the contest’s lone goal in the 18th minute.

“Beating Lehigh is great, every time,” said head coach Jennifer Stone. “We treat each game with the same amount of importance, but where that win fell within our season was an important one as it clinched us a spot in the Patriot League tournament.”

Although the score was close, the Leopards held a significant edge over Lehigh statistically, holding the Mountain Hawks to two shots and only one on goal. The Leopards on the other hand totaled 18 shots with 15 on goal. McAndrew’s goal was her eighth this year. She leads the team with eight goals and two assists.

The win was the fifth shutout of the season for the Leopards, the team’s most since the 2012 season. Senior captain and defender Lisa van der Geest was recently named Patriot League Defensive Player of the Week for the fourth straight week in a row. Stone said van der Geest has been the anchor of the defense and a leader for the young players on the team.

“Lisa is one of the top players within the Patriot League and [Division] I,” said Stone. “She is such an asset to our team and is a pivotal part of our attacking and defensive unit.”

In addition to being a stout defender, van der Geest is second on the team in both points (17) and goals (5) and leads the team in assists with seven.

“Great players make those around them flourish,” Stone said. “Lisa does just that for our group.”

“Our combination of experience, leadership, and new talent is a great recipe to have,” Stone added.

On Sunday afternoon, the Leopards faced William and Mary in a non-conference matchup and lost in overtime 3-2. The loss brings the team’s record to 9-6 overall.

The game remained scoreless throughout the first half before Lafayette scored twice in the third quarter. Van der Geest netted the first goal off an assist from junior midfielder Audrey Sawers in the 33rd minute. In the final minute of the quarter, junior midfielder Anna Steps found the back of the net with the assist credited to van der Geest.

The Leopards were unable to maintain the lead, and allowed William and Mary to score twice in the fourth quarter before the Griffins notched the game winner 2:16 into the overtime period.

“Playing a consistent 60 minutes is important for any team,” Stone said. “We need to stay focused and compete in each moment. With the new quarter system, the game really is broken down into four smaller segments. Winning each of those is an important part to putting together a complete game.”

Despite the loss, the Leopards hold a perfect 4-0 record in the Patriot League and are tied for first place with two conference games remaining.

The team will return to action tomorrow with a Patriot League game at home against Bucknell at 12 p.m.