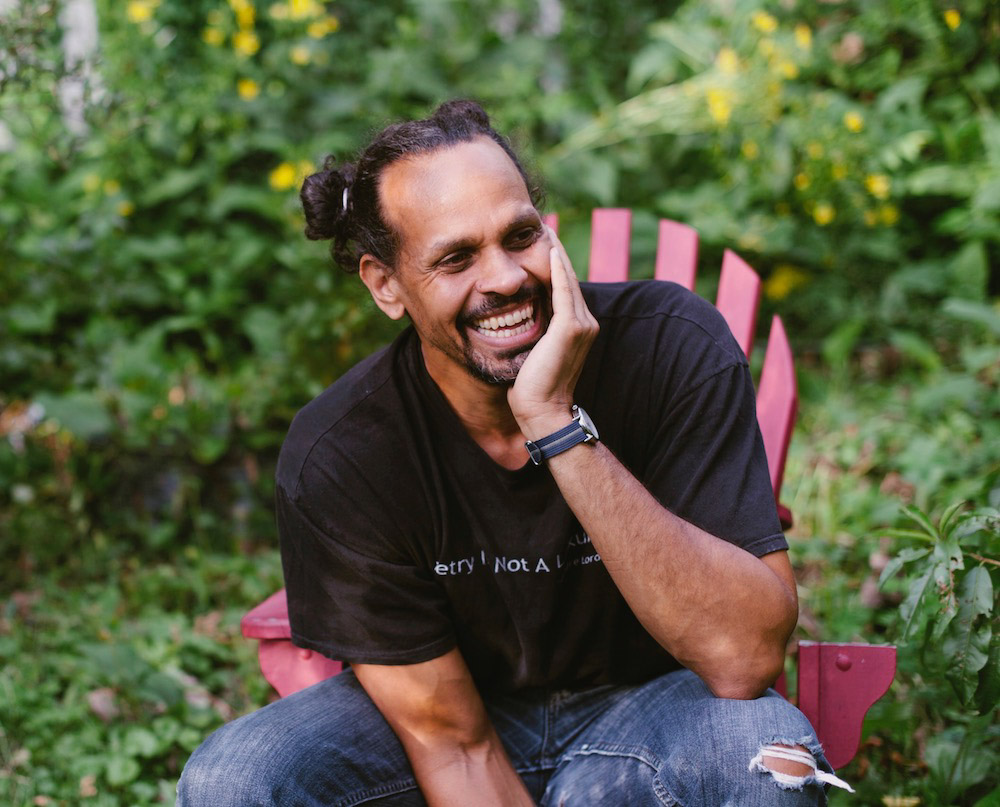 Ross Gay discovered his love for writing during his sophomore year at the college while taking an English course. (Photo courtesy of Natasha Komoda)

Ross Gay’s ’96 “The Book of Delights” does not only point out the small, delightful moments he experienced in life for a year, it also serves as a record of his thoughts on race, gender and class disparities, which he inevitably thinks about most of his life.

“If you were to ask me before I started the project, ‘you think you’re gonna be writing about race and class or gender?’ I’d say yes,” he told The Lafayette, adding that in the book, there is “the immense violence that our present is built on, and it’s perpetuated.”

“So my hope is that the contribution of this inquiry allows some other kind of thing to take up a little bit more of the space, and to join tenderness that we also are in the midst of and capable of,” he added.

A critically acclaimed writer, Gay found his love for writing during his sophomore year at Lafayette while he took an English course with professor David Johnson.

In Johnson’s course, Gay developed interests in writers such as Sylvia Plath, Mark Strand, Sonia Sanchez and Amiri Baraka. However, Baraka’s poem “An Agony. As Now.” gave him a deeper understanding of what poetry is meant to do.

“I remember the poem breaking something open in me and then feeling like ‘oh a poem can do this’,” he said. “[It was] such a beautiful, perplexing [poem], but also an evocative meditation on alienation and race.”

On Wednesday night Gay read some of the essays from “The Book of Delights,” and was introduced by poet and English professor Megan Fernandes. Some of the essays he read includes “The High-Five from Strangers, etc,” “Nicknames,” “But, Maybe…,” “Annoyed No More,” and others. The audience reacted to his stories with laughter and often looked at each other in shared delight. A Q&A session followed the talk.

Gay is the author of three books of poetry: “Against Which,” (2006), “Bringing the Shovel Down,” (2011) and “Catalog of Unabashed Gratitude” (2015), which was the winner of the 2015 National Book Critics Circle Award and the 2016 Kingsley Tufts Poetry Award. His work has appeared in Poetry Foundation, The Paris Review and The New York Times, among others.

After graduating Lafayette, Gay went on to get an MFA in poetry from Sarah Lawrence College and a PhD in American Literature from Temple University.

As a student at the college, Gay found himself being “acutely aware” of income disparity, race, gender, justice and power. Baraka’s poem provided Gay with the “very complex language to this kind of rage that I was feeling,” he said in his interview with The Lafayette.

At that stage of his life, Gay “had not yet been in a situation where 18-year-old children would be driving cars that cost four times as much as my father’s car,” he said. “I had not experienced that, and I was in a state of perpetual rage.”

All of Gay’s feelings of rage and new sense of awareness of his environment developed into his questioning of ways to get toward a deeper, fundamental curiosity about joy, he said.

The idea to write the book was sudden. When Gay was walking up a hill in Italy, he said he was in such a state of reverie that he wanted to write an essay to capture that moment.

Whenever it was hard for Gay to find something delightful that happened to him that day, there was a question of how to live in “the midst of such brutality in the moment and…that is, I think, a reasonable question.”

Although Gay said he ended up skipping days, cutting some essays out, and not being happy with some of his work, he made it an important project to capture every delightful moment for a full year, even when it was hard to find those moments.

Some of the things that delighted Gay during the time of writing was being called “baby” or “honey” by a waitress, the smell of flowers, little exchanges of love and care-taking gestures, mistaking a stranger for his uncle, helping out people and fond memories, to name a few.

After looking and finding things that delighted him, Gay said he felt himself noticing those little moments of joy more often.

“I think part of the…pleasure of the book is that it alerted me to the fact that I’m often in the midst of things that are delightful to me, even if I’m not feeling delighted,” he said. “And it was my job because I’m a writer. So my labor was to identify what delighted me so that I can sort of wonder about it and inquire about it.”

For people to witness moments of tenderness such as holding the door for someone or helping a stranger carry their things, allows for those actions to become a norm in our society, Gay said, adding that people are already inclined to want to point out the good things that happen and share those feelings of delight.

When indifference of others becomes a norm, it imposes a kind of brokenness, Gay said. “I think it’s an imposed brokenness. I think our inclination is to care for one another,” he added.

Although Gay’s writing has been so vast, he said he is “still finding” his poetic voice.

“You know, I’m always finding it,” he said. “I don’t feel like nor do I aspire to have a very particular voice of my own. I’m more interested in the ways that different voices kind of move through me.”