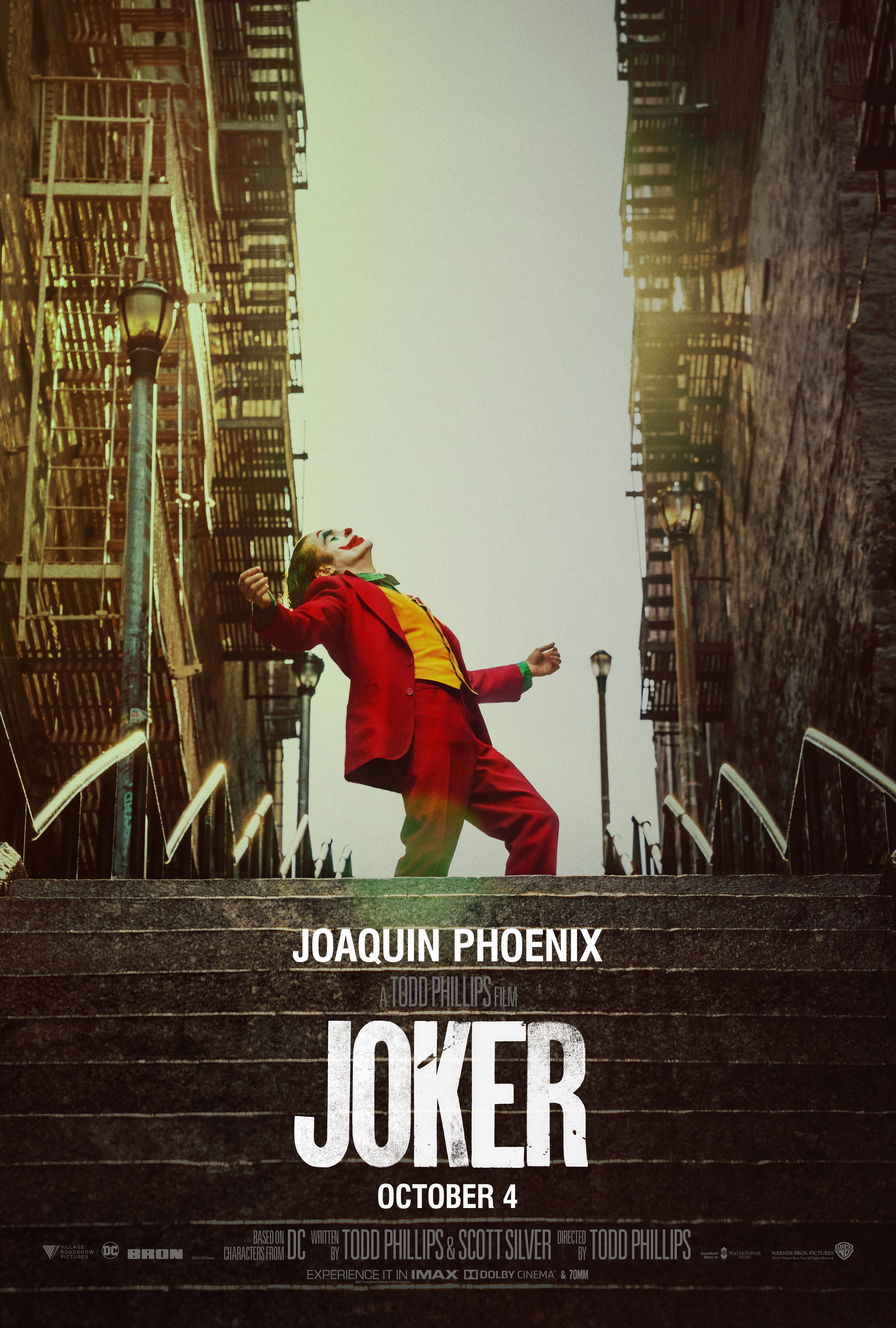 ‘Joker’ explains the origin of the iconic archnemesis of Batman which has never been depicted in a stand-alone film. (Photo courtesy of IMDB)

“Joker” is DC’s most bold, fresh and original picture since 2008’s “Dark Knight.” While it will not be loved by all, it may serve as the perfect new starting point for DC’s future approach to its films.

The world of comic book adaptations has predominantly centered around the works of Marvel (which owns Spiderman, X-Men and the Avengers) and DC (which owns Batman, Superman, Wonder Woman and the Justice League).

In recent years, Marvel has created a consistent formula that pleases audiences and critics, while also smashing box office records every year. On the other hand, DC has struggled to find a counter formula to Marvel’s cinematic universe — until now.

Unlike many Marvel films, this film is not an uplifting picture. It is not as violent as the trailers might lead some to believe, and it is very small in scope, focusing on one character’s experience.

The story explains the origin of the iconic arch-nemesis of Batman, which has never been depicted in a stand-alone film. With an untraditional take on a classic storyline, both newcomers and long-standing Batman fanatics will be satisfied.

The film follows Arthur Fleck, played by Joaquin Phoenix, a troubled man suffering from a peculiar mental illness, trying to live a stable lifestyle in a bleak Gotham City full of criminals, crummy politicians and a cheesy stand up comedian played by Robert De Niro. After a series of tragedies occur, Fleck transforms into the Joker.

While the basic premise may seem simple, it is Fleck’s spiral into insanity, and the unexpected movements in the storyline that make this film a truly riveting and suspenseful experience, which never wavers throughout its 122-minute duration.

However, the element that holds the foundation of the film together is Phoenix’s sensational performance. He is in practically every shot, many of which are close ups on his face. This focus on one person creates a very interpersonal dynamic between the viewer and the main character which few comic book films have replicated. It was a tremendous risk by the creators of the film that pays off because of the fact that Phoenix never buckles under this tremendous pressure.

The film has already received tremendous critical praise, becoming the winner of the Venice Film Festival’s Golden Lion award. In past years, the same award went to future Oscar winners such as Roma and The Shape of Water. In addition, “Joker” set a new record for the most profitable October opening at $93.5-million dollars, according to the Los Angeles Times.

While it is difficult to predict how DC will follow up with its upcoming film, “Birds of Prey,” and planned Batman picture starring Robert Pattinson, “Joker” is an incredible cinematic achievement on its own. It is a thought-provoking, mature experience that is not for everyone, but I highly recommend it for those interested in seeing a more gritty, engrossing comic book movie that breaks the convention and possibly strikes a bold new direction for the future of comic book adaptations.