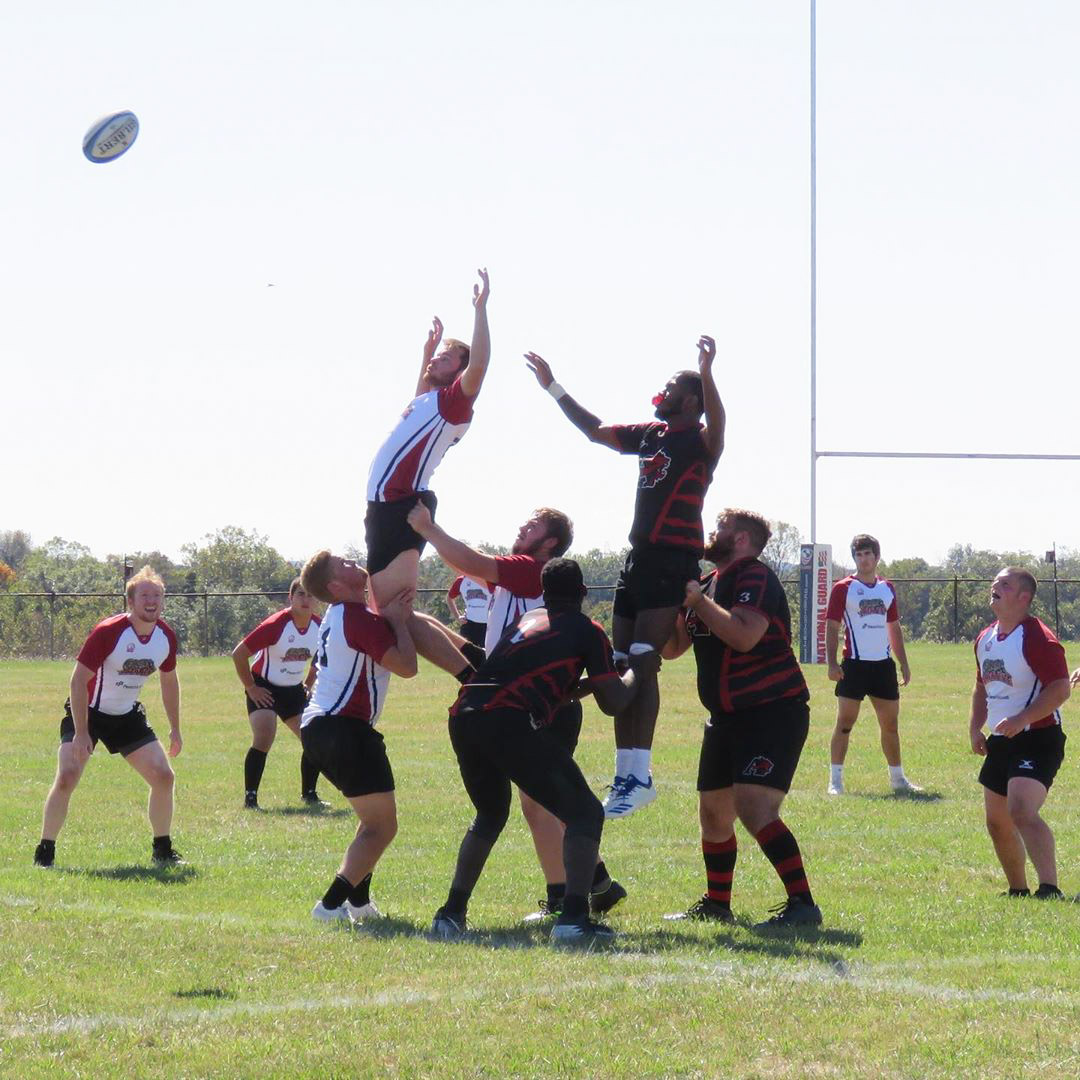 Most of the players on the rugby team began playing the sport in college. (Photo courtesy of Lafayette Men’s Rugby Instagram page)

The Lafayette men’s club rugby team lost last weekend to undefeated Albright College, 43-17. The team, mostly compromised of freshmen and sophomores, is currently 1-1 this fall after a win over Susquehanna University two weekends ago.

The loss to Albright, however, wasn’t all discouraging for the Leopards. Senior scrum half and team president Jack Gardner noted that Albright is just a “really good, really athletic team.”

Gardner and junior flanker Kyle Marrapodi each recorded tries in the loss.

Senior fly half Ren Makino said that the team “struggled to match the physicality of Albright.”

“We’re okay with it because it was real rugby and there was respect from both sides,” Marrapodi added. “There were no dirty plays or anything like that.”

As a club program, the team is responsible for recruiting new members at the annual involvement fair.

“We’re mostly freshman, we have a lot,” said Gardner. “Probably half the team at least, we’ve had a lot of young guys step up.”

Some of the team members gained rugby experience in high school, while others, like Gardner, Marrapodi and junior hooker Matt Wierzbicki, started playing the sport when they arrived at Lafayette.

“I [had] never played [rugby] before either, I just thought it looked like fun,” Gardner said.

The team’s first game of the season was against Susquehanna, which they won 29-14. Marrapodi and Gardner each recorded tries, as well as sophomore Aidan Hinchey, and freshmen Sid Chaggar and Boris Shmuylovich.

“I think after the first two minutes in our first game against Susquehanna we figured everything out right away,” Marrapodi said. “They scored within the first drive and then we just got the ball after that and started scoring and kept scoring.”

The team has six total juniors and seniors, three in each class. Makino went down with a dislocated shoulder in the match against Susquehanna, but has managed to stay involved with the team in a player-coach role.

“Rugby is a pretty fluid game where it’s not like football where you have a set plays,” Wierzbicki said. “You can set up situations but you can’t plan for what’s going to happen. So once people understand the basics of it, they can kind of figure it out, but you have to do it.”

The team will have the fall break weekend off before returning to action.