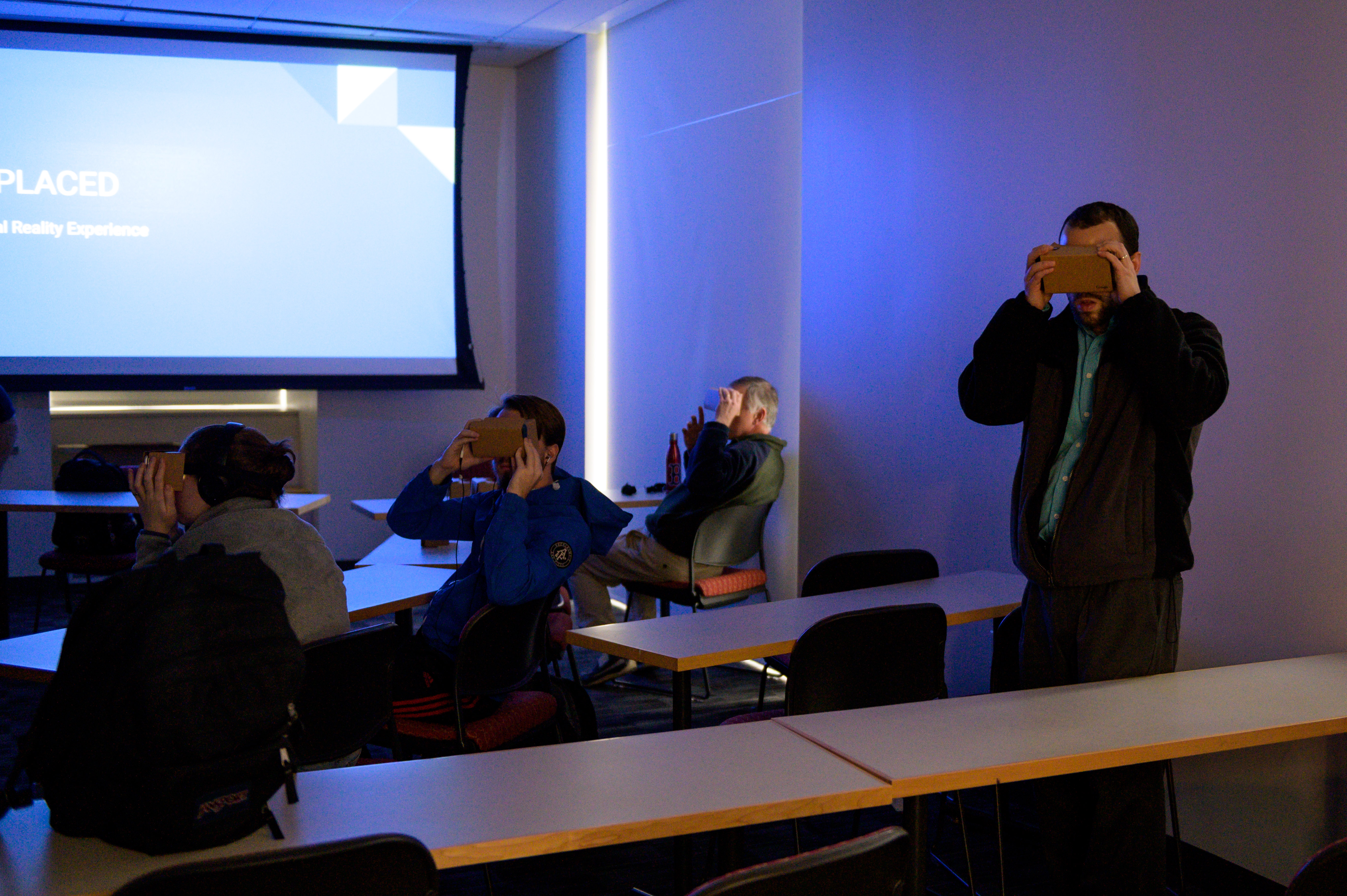 Virtual reality (VR) can be utilized in many creative ways, and Refugee Action was able to use this new technology this past Wednesday to share the New York Times mini-documentary “The Displaced” to foster a larger discussion about the global refugee crisis.

“The Displaced” follows three children from Syria, Ukraine and South Sudan, respectively, who had to flee from their homes as a result of wars or persecution. The children candidly describe their experiences before and after their resettlement through an immersive VR experience.

According to Danielle Gardiner ’20 and Lauren Phillips-Jackson ’21, the organizers of the event, the film has a striking ability to present an issue in a new light.

“It is a very interesting form of journalism because I think a lot of what we hear about refugees is just statistics and headlines so you don’t really connect that to the actual people who are fleeing, you sort of write it off as an unfortunate thing that happens in places of the world that I can’t really connect with,” Phillips-Jackson said.

Gardner echoed this sentiment but also acknowledged a potential flaw in the hyperreal portrayal of refugee stories.

“It is always a balance between connecting with people and getting them to be really immersed in the experience and also downplaying the refugee experience,” Gardner said. “Just because you did this virtual reality experience does not mean you know what it’s like to be a refugee.”

Gardner and Phillips-Jackson said they hope that the implementation of VR will attract a broader audience.

“One of the things we have been working on as a club, in terms of expanding, is reaching audiences we know right now [that] aren’t being reached,” Gardner explained. “We are not hosting these events just so that our own members can come to them. Obviously that is a goal too, because we want to learn ourselves, but we are really hoping to reach those corner audiences.”

The 12-minute individual VR experience was followed by a discussion, which was dominated by comments on the powerful visuals and stories told through the documentary.

“I was struck by the loss,” one participant said.

Another participant observed that the children were talking about the experience “pretty dispassionately”, which is probably an “indicator of how little they have been able to process it.”

A participant added that they found the VR experience is good for building empathy, and a lot of the issues with refugees come down to a lack of empathy for the situation.

Phillips-Jackson and Gardner hope that this program, as well as future programs through Refugee Action, will impact the decisions of Lafayette students now and in the future.

“It is harder as students to have any big impact, but I feel like a lot of students at Lafayette will go on to be in powerful positions across the country, and I want them, in college, to become aware of these issues,” Phillips-Jackson said. “Once they’re adults with more capital in the world, that [the refugee crisis] is something they keep in the forefront of their mind.”