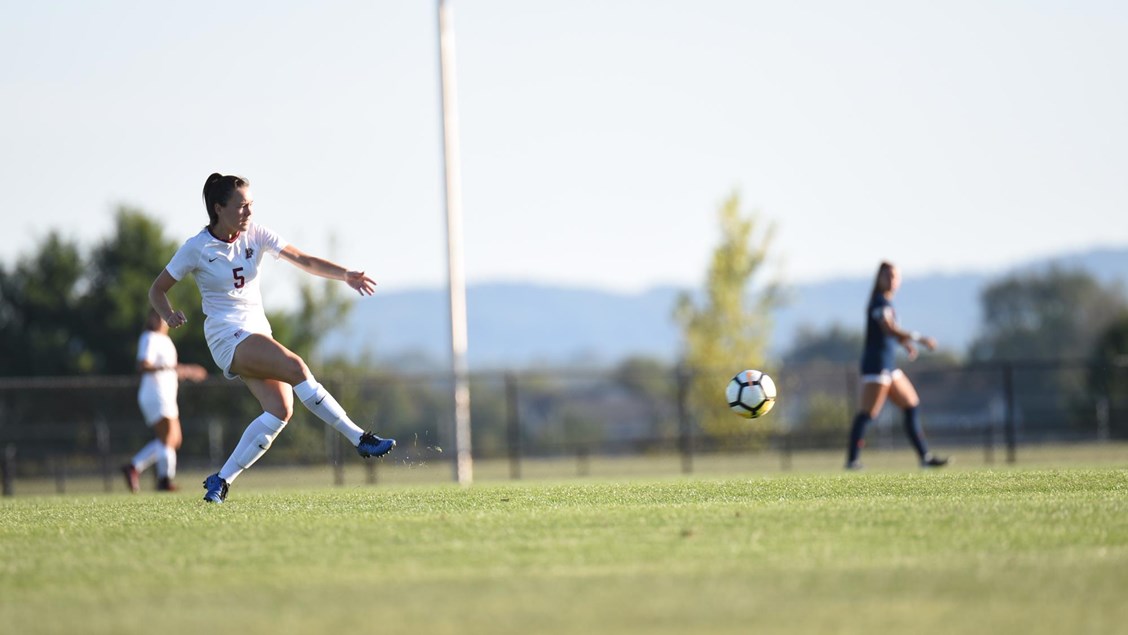 The women’s soccer team earned a win and a tie last week in two conference games, beating rival Lehigh 2-0 last Saturday before tying Navy 1-1 on Wednesday. Their record is now 5-4-2 overall with a 1-1-1 mark in the Patriot League.

Against Navy, the game remained scoreless for 78 minutes before sophomore midfielder Riley Dowd scored her third goal of the season off a throw-in from junior forward Krista Kissell. Navy would score in the 87th minute to send the game to overtime, with neither team finding the back of the net during the two extra 10-minute frames.

The Leopards were outshot 18-9 in the game, and held a slim 6-5 advantage in corner kicks. Junior goalie Maggie Pohl and freshman goalie Natalie Neumann split time in net, recording one and three saves respectively.

On Saturday, the team shut out conference rival Lehigh 2-0 in the programs’ only meeting of the season. The Leopards got on the scoreboard first in the 39th minute, and didn’t look back, scoring again in the 53rd minute of the matchup while keeping the Mountain Hawks off the board.

“Following [the loss to] Bucknell was difficult because I think we played very well and didn’t come out with the result,” senior co-captain and defender Caitlin Balmer said. “However, we were able to change things around, and the mentality was different. We were focused and ready to beat [Lehigh].”

A well-placed free kick from freshman defender Sandra Alfredsdottir gave Balmer the opportunity she needed to head home the opening goal of the game.

“We’ve been practicing it for a while,” Balmer said. “For the past three weeks with different players setting it up, saying, ‘this one’s it,’ but it hadn’t been it. Luckily, everything aligned. The service was perfect which is never easy.”

Balmer’s efforts on the defensive end did not go unnoticed this past week as she was awarded the Patriot League Defensive Player of the Week honors.

“Following last year, I think the backline developed a good sense of chemistry between each other,” Balmer said. “We have starters from last year who all know how the backline works. It wasn’t much of a job for me, really.”

The 53rd minute of the contest brought Lafayette their second goal as junior midfielder Sophie Saldivar notched her team-leading fourth goal of the season on an assist by Kissell.

The matchup between Lafayette and Lehigh marked the 30th time the two teams have faced off, bringing the Leopards their first win since 2016.

“It felt really good to beat them, especially it being my senior year and to beat them 2-0 following last year [when we lost 4-1] was really exciting,” Balmer said. “Every practice [before the game] you could feel the energy, and everyone was very excited.”

Next up for the Leopards is a trip to Hamilton, N.Y., to take on Colgate in a conference matchup tomorrow at 7 p.m.