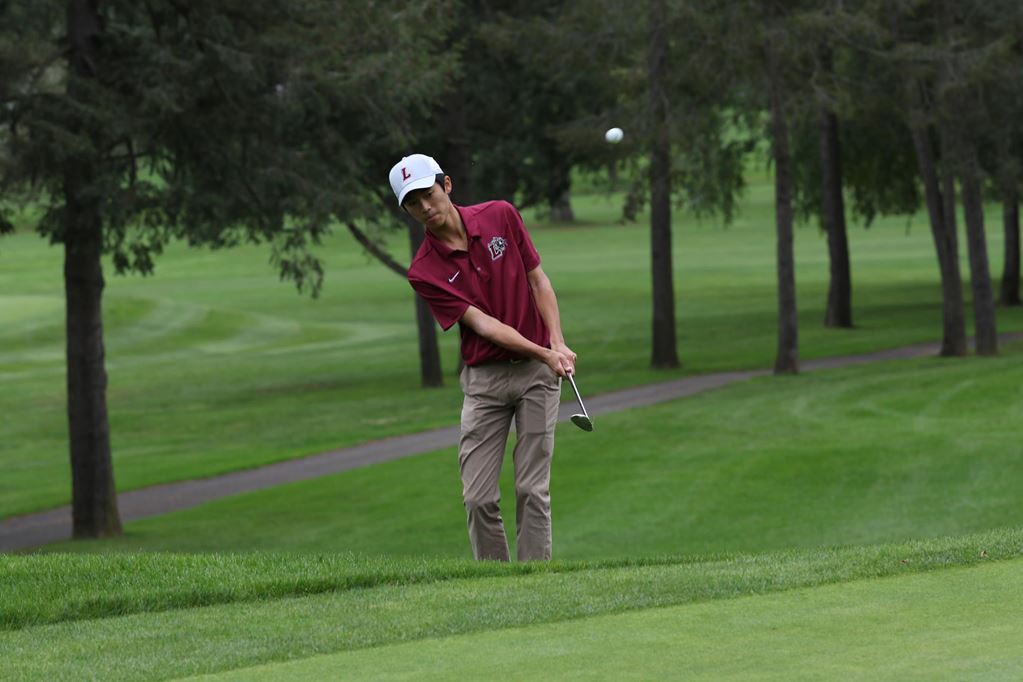 Golf achieved their third straight top-five finish after placing second at the UConn Invitational. (Photo courtesy of Athletic Communications)
The Lafayette golf team placed second last weekend at the UConn Invitational, their third straight top-five finish to open the fall season. The Leopards tied for fifth in their first match in September before finishing in third at the Gimmler Invitational three weeks ago.
This time it was freshman Martin Vanhaelst who led the charge, shooting two-over par through his three rounds and placing sixth overall in the event. Vanhaelst was named the Patriot League Men’s Golfer of the Week for his performance at the invitational.
The Leopards placed second out of 14 schools and first among the three Patriot League teams, ahead of Army and Lehigh. The invitational was played over the course of three days at the GreatHorse Golf Course in Massachusetts.
“It’s one of my favorite courses to play,” said sophomore Ryan Tall, who finished tied for seventh in the tournament and shot four-over par.
Tall was one of three Leopards to finish in the top-10 at the invitational. In addition to Vanhaelst and Tall, junior Brendan Cronin finished tied for 10th place to round out the Leopards’ top finishers, shooting six-over par.
Vanhaelst has finished 32nd and 33rd, respectively, in the first two tournaments this year, before his breakout performance at the UConn Invitational.
“The only advice I give [Vanhaelst] is to remain positive,” Tall said. “I remind him to play for the team and not for himself. He took a lot of pressure off himself at the tournament and that definitely helped his performance.”
Before committing to Lafayette, Vanhaelst had multiple offers from Division I programs, but his friendship with sophomore Kazuki Osawa drew him to Lafayette. Osawa and Vanhaelst are both from Belgium and played together overseas.
“Martin is so advanced for his age and [is] a super hard worker,” Tall said. “He understands the game intellectually at a high level and goes into every tournament trying to win individually and help the team win. He is a big contributor to our team’s success this year.”
Osawa placed 27th overall, shooting 11-over par. He finished in the top-10 in the first two tournaments this year, including being a co-medalist at the Gimmler Invitational. Osawa has already been named co-Patriot League Male Golfer of the Week this year.
“Our captains have done a great job of getting the right team dynamic,” Tall said. “The captains do whatever they have to to make sure we are as close as possible, even with busy schedules.”
The Leopards will continue their season at the Matthews Auto Collegiate Invitational hosted by Binghamton University on Sunday and Monday. The two-round event will be played on the par-72 Links at Hiawatha Landing in Apalachin, N.Y.