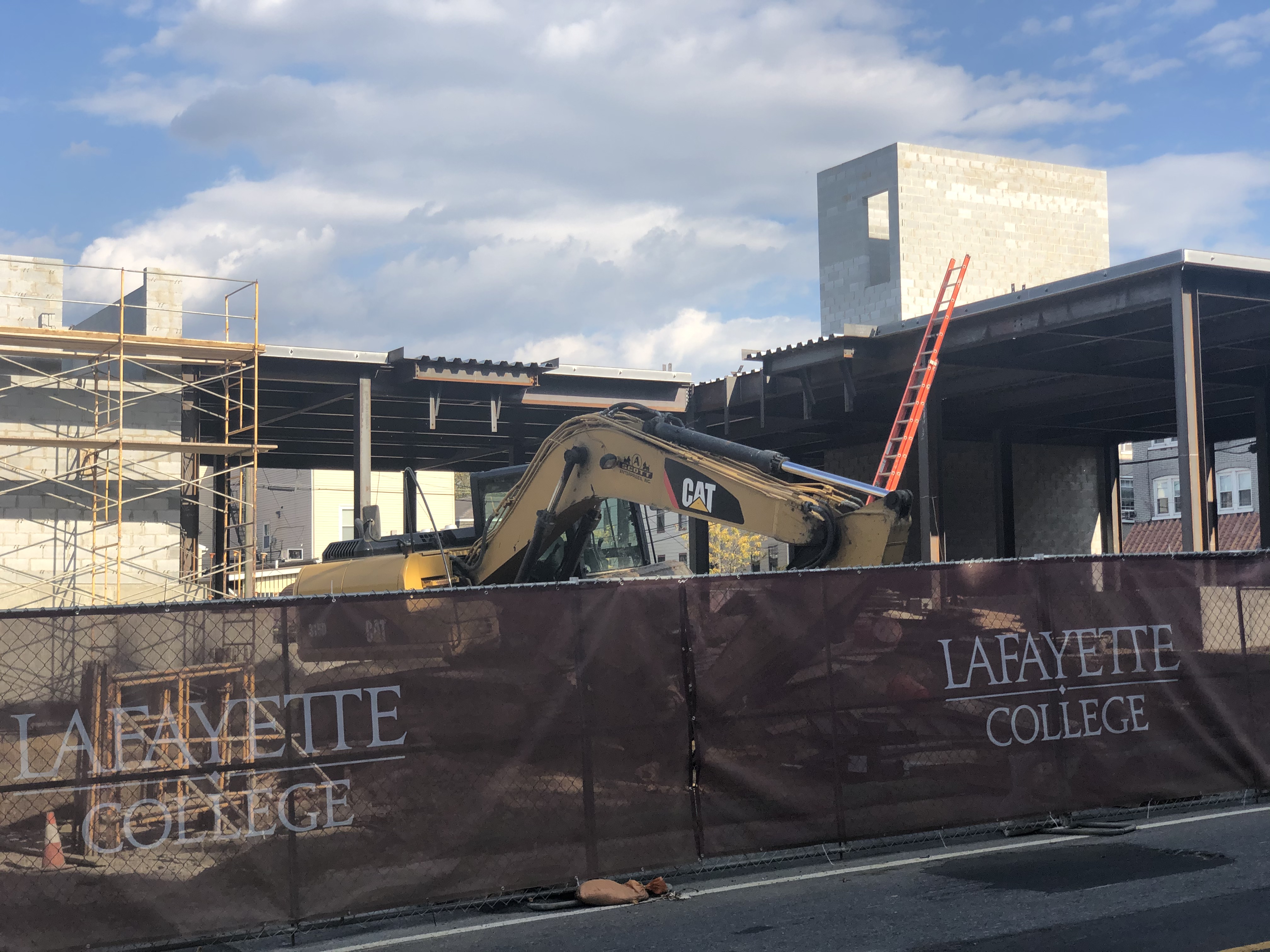 The progress on the McCartney street dorm project was lauded by board members at the meeting this weekend. (Photo by Brandon Marin ’22)

The Board of Trustees met this past weekend to discuss future plans for the college, coming just in time for the grand opening of the Rockwell Integrated Sciences Center. Board members and various campus committees gathered to discuss future capital projects, the tuition increase, and to celebrate the opening of Rockwell, the largest capital project in the history of the college.

The board meets twice per year, once in the fall and once in the spring. According to Vice President of Finance and Administration Roger Demareski, the fall meeting is important because much of the budget for the year is built around the tuition increase.

“Since tuition is such a large driver…once you set the tuition rate, it really indicates what your resources are,” Demareski said. “Now we will, over the course of the next year, build the budget.”

“The thing that’s tricky about the tuition increases is that we have to set that early, so that it can be factored into admissions, publicizing it, and starting to work with students on what financial aid packages available,” President Alison Byerly said. “We haven’t yet set the rest of the budget, and so it will probably have some impact on other parts of the budget.”

Demareski said the tuition increase, which is expected to be announced by early next week, is determined in part by examining the market as well as the Union College Survey to identify how the college can be “sensitive to [their] customers.”

In addition to deciding the tuition increase, Demareski said there was also much to celebrate. Both he and Byerly said that members of the board were pleased with the completion of Rockwell.

“Everyone was very pleased that we came in on time and on budget [for Rockwell], which in a $75 million, very complicated project is…not something you take for granted,” Byerly said.

Demareski also said that members of the board were “thrilled” with the progress on McCartney, and were also excited about the recent renovations to South College.

The completion of Rockwell and South College do not mark the end of the campus renovations, however. The board also discussed numerous upcoming changes to both academic and residential buildings on campus.

Included in this discussion is the renovation to Kunkel Hall, formerly the home of the biology department before it was moved into Rockwell. The renovations to Kunkel will include a new facade and entryway, as well as additional common space for students to study in. Following the completion of the project, which Demareski said he projects to be completed by the fall of 2020, the building will become the new home of the economics department.

“Had we gotten the state grant funding, that would have been helpful,” Byerly said. “But what we had planned all along was to do another bond offer in the spring. [That] was part of the…financial plan we had presented to the board as part of our…long range plan a couple of years ago.”

Also discussed at the board meeting were the upcoming renovations to the Soles and Gates dorms. Demareski said the college is not planning to make any significant structural changes, but will be renovating the restrooms and carpets, among other things. He also said the timeline for these two projects is currently undetermined.

Pardee will also be receiving upgrades, but Demareski said that these renovations will be primarily for the windows and the heating and air conditioning systems in the building. Byerly said that the college has been putting aside money for the last several years to help pay for the changes.

Overall, Demareski said he was very pleased with how the weekend went.

“If you wanted to see Lafayette, I think at its best, Friday night was it,” he said.

The next board of trustees meeting is scheduled for December 12 in New York City.