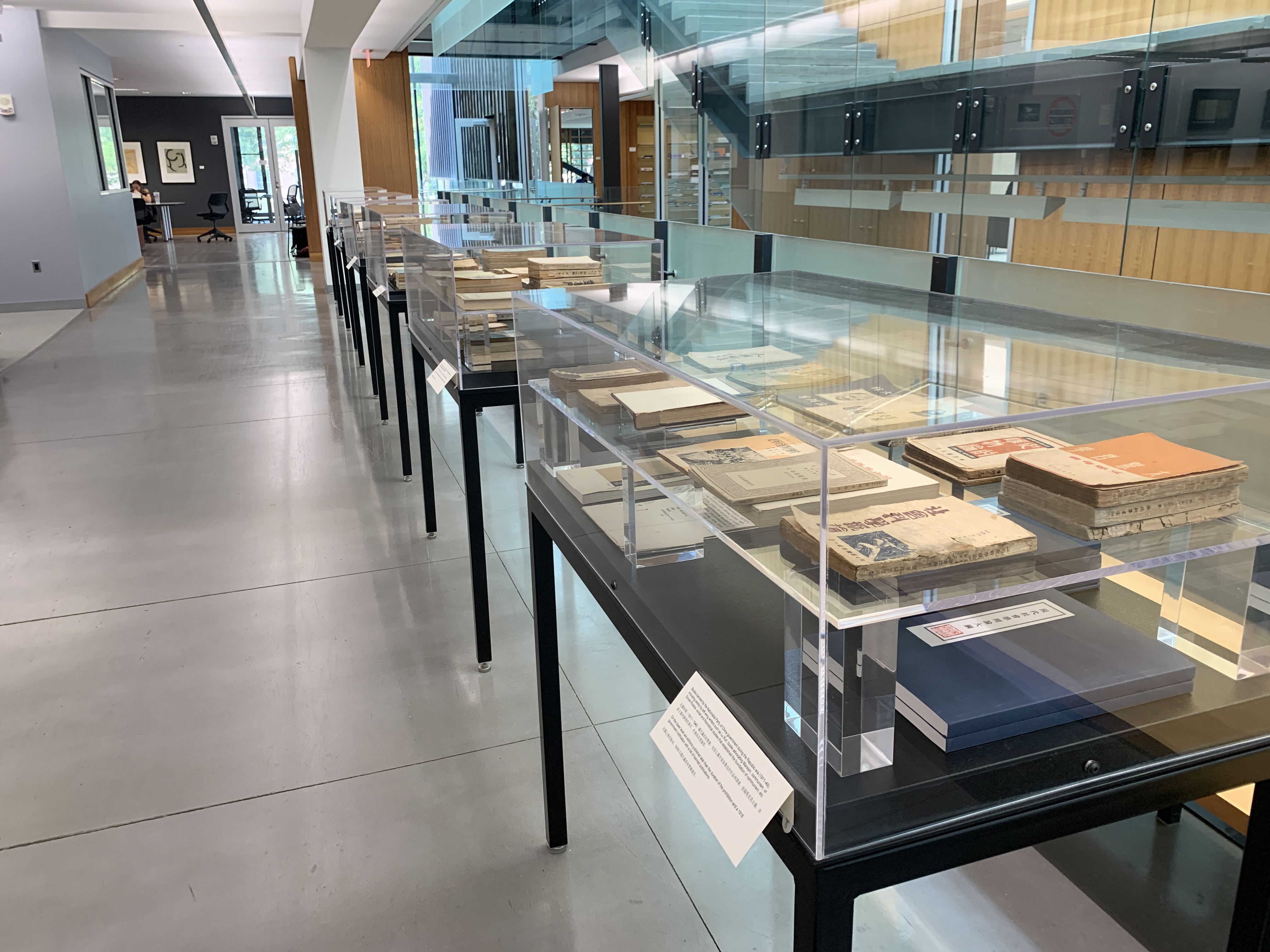 An exhibition showcasing some of artist Xiaoze Xie’s project “Forbidden Memories: Tracing Banned Books in China” is on display in the Skillman Library. (Photo by Abi Olofin ’22)

The banning of literature is a topic that has long been discussed by intellectuals and the general public. When books are forbidden, it begs the question: what justifies such censorship?

“But who does not know of literature banned because it is interrogative; discredited because it is critical; erased because alternate?” renowned novelist Toni Morrison asked during her 1993 Nobel lecture.

Xiaoze Xie explores this question in a project entitled “Forbidden Memories: Tracing Banned Books in China,” a portion of which is available for viewing at Skillman Library until January 2020.

Although he is best known for his photorealistic paintings, one of which currently hangs on the first floor of Skillman Library, his “Forbidden Memories” project primarily consists of photographs.

Each photograph contains faced-up books that have been banned in China. Their contraband text is the focus of the photo, with a metal ruler positioned under the books “as if to ‘measure’ (thus to judge) the book,” according to a quote by Xie in a sign at the exhibit.

The books are also photographed with visible marginalia, or margin notes, and library labels emphasizing ownership of and interaction with the books.

In honor of the late Toni Morrison, who had been one of the most challenged authors in the U.S., first-edition versions of “The Bluest Eye” (1970), “Song of Solomon” (1977) and “Beloved” (1987) are also displayed, along with fine press editions of her Nobel lecture.

Morrison’s “Beloved” received complaints in 2007 from parents in Louisville, Kentucky because it “depicted the inappropriate topics of bestiality, racism, and sex.” On the other hand, books such as those by left-wing writer Lu Xun had been banned in China for transgressing the mainstream political views of the time his works were published.

The inclusion of books by both Toni Morrison and Lu Xun in the exhibit emphasizes a central take-away: under different political systems, different governments will have different reasons to ban literature.

“The history of banning books is a process of challenging repeated oppression and control, and challenging it again,” reads a quote by Xie on a sign next to one of his photographs. “It is along this back-and-forth repetition, I think, that history slowly marches on.”

Xie discussed the great risks that people in China would take to purchase banned books, in a talk on September 26 in honor of Banned Books Week.

Although he didn’t get a chance to show a 45-minute long documentary during the talk, in which he interviewed Chinese people who had experienced hiding banned books themselves, Dean of Libraries Anne Houston said that the library is “planning to arrange a screening of the documentary at some point this semester.”