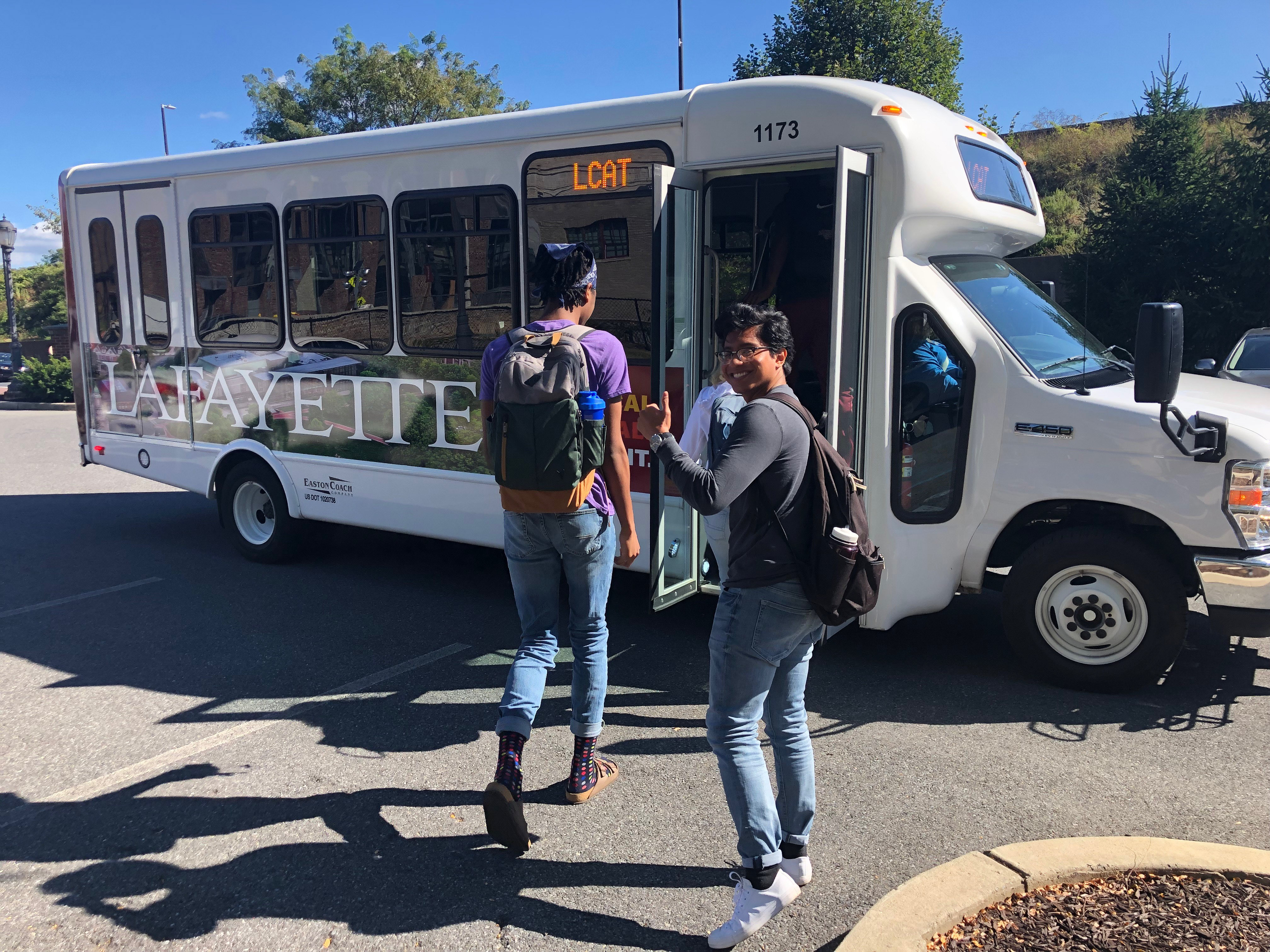 Students have expressed disconnect with the loss of the old LCAT shuttle service. (Photo by Brandon Marin ’22)

For some students without cars on campus, life got a little harder this semester. Following the introduction of the LANTA bus program, which allows students to use their Lafayette ID to board LANTA buses and travel into the Lehigh Valley, the college decided to cut the weekend shuttle program.

In response to this change, Lucia Romano ’20 created a petition on Change.org to bring back the weekend shuttle service. At the time of writing, the petition had 278 signatures and is still open for additional signatures.

“It kind of felt like a direct attack on students that are out of state and international,” said Romano, who is from Illinois. “I took the shuttle almost every weekend or every other weekend.”

According to the petition, the majority of students who relied on the weekend shuttle service were from out of state, out of country, or could not afford to have a car on campus. Although the LANTA bus service runs on the weekend, the petition notes that “it is straining to find time to take the bus, which serves all of the Leigh Valley community and has an abundance of stops, draining time from our schedules as students.”

“That’s…a huge chunk of time gone from your schedule, and, at least with the weekend shuttle service before, you could…keep it down to a two hour trip,” said Romano.

Now, she said, trips can take upwards of three and a half hours.

In addition, Romano said students who use the bus for shopping are required to carry their groceries up the hill, as the LANTA buses do not have stops closer to campus. Romano said that this could be “a serious problem” during the winter.

The weekend shuttle was a part of the Lafayette College Area Transportation, or the LCAT, and was specifically tailored to meet the needs of students who did not have a different mode of transportation on campus. It included stops at Walmart, Wegmans, Target, and Regal Cinemas.

Siyambalapitiya said she believes the partnership with LANTA has many positives, but that many students still see the service as inconvenient because of the long trips and the lack of stops close to campus.

In addition to the petition, Siyambalapitiya said that students have been pursuing other avenues to bring back the weekend shuttle.

“The International Students Association…are in discussion with student government…[on] the feasibility of bringing [the weekend shuttle service] back,” she said.

Romano said that student government president Alisha Ghai reached out to her to help interface with the college administration about the issue.

“[We’re] certainly hearing from students that they missed some of the weekend hours,” President Alison Byerly said. “And I think that the schedule was determined, based on surveys of what the most frequent use patterns were. But I think we’re always open to additional input.”

According to Vice President of Student Life Annette Diorio, the initial plan was to replace the LCAT weekend shuttle service with the LANTA service in order to rework the campus shuttle routes and to “meet the additional needs for the Art Campus.”

“[The school] is concerned when changes we make to services are not well received by students,” Diorio said.

In addition to reworking the shuttle routes, Diorio also said the hope was to strengthen the role of public transit in the Lehigh Valley and provide transportation for students who stayed on campus during breaks, a service that the weekend LCAT shuttle did not provide.

“I can’t say for sure what the shuttle configuration will be in the future,” she added.

“I’m…receptive of the fact that it’s not going to be instantaneous,” said Romano. “But I definitely want to work on getting it back in place, at least for winter, or by next semester.”