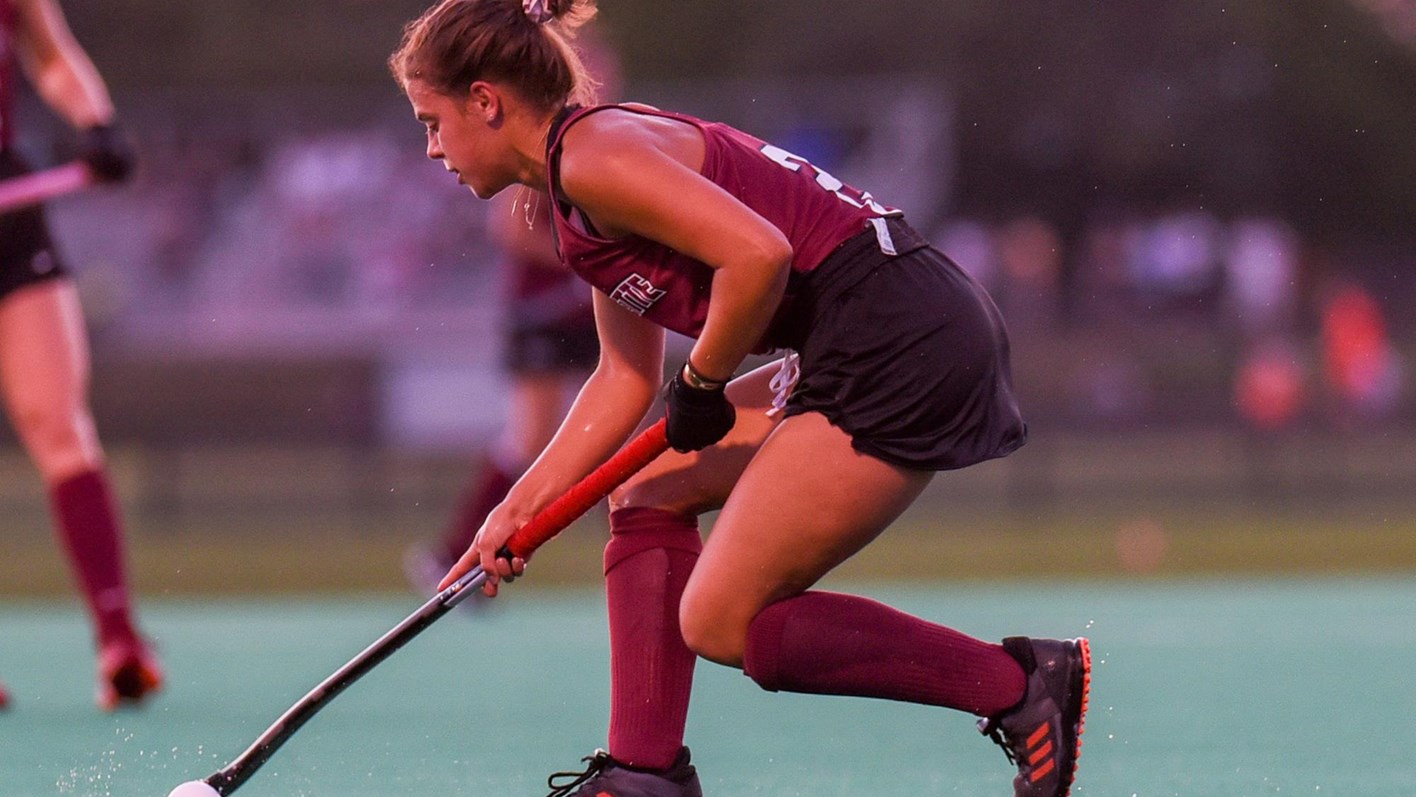 The Lafayette field hockey team opened Patriot League play with an 8-0 home shutout win against Holy Cross on Saturday, before losing 4-1 at Cornell University in a non-conference game on Monday. The team’s overall record now sits at 3-5.

In the Patriot League opener on Saturday, the Leopards had seven different goal scorers in the 8-0 win. Sophomore forward Molly McAndrew kicked off the scoring with a rebound goal at 19:52, and the two teams went into the halftime break with Lafayette holding a 1-0 advantage.

The Leopards added to their total just 22 seconds into the second half when freshman forward Felicitas Hannes knocked in a rebound goal. McAndrew recorded her second goal of the game at 38:15, which was quickly followed by scores from junior forward/midfielder Sophie Carr and senior midfielder Caroline Turnbull to push the lead to 5-0.

Di Maio noted that the “forward-to-forward” connection displayed against Holy Cross is something the team works on in practice. She said the Holy Cross game was “an entire team effort,” and praised McAndrew’s strong play.

“When the midfield plays fast and well together it’s easy for [a] forward to play off of that,” Di Maio added.

While the offense was a force against the Crusaders, several Leopards made contributions on the defensive end as well. Senior Sarah Park made one save between the pipes, and freshman defender Sydney Woolston made a defensive save as part of a unit which conceded just two shots on goal in the game.

Woolston said that the team has worked on “attacking in waves” and crashing the net for rebounds in practice instead of trying to win one-on-one matchups.

Woolston earned Patriot League Defensive Player of the Week honors for her efforts against Holy Cross. She said that it felt “good to know hard work pays off,” and commended her teammates for helping her get to where she is.

“I couldn’t have done it without my teammates’ support,” she said. Woolston added that she is thankful to have a “good team culture,” to help make the adjustment from high school to college field hockey easier.

Against Cornell, however, the Leopards quickly found themselves in a hole after two first quarter goals from the Big Red offense. Lafayette was held scoreless until Di Maio’s only shot of the game found the back of the net at 32:10, assisted by Turnbull. Cornell tacked on two more goals in the second half to earn the 4-1 win.

“The biggest difference was that with Holy Cross we were very focused on not letting any goals in, but with Cornell we lost that focus a little bit,” Woolston said.

Lafayette had 17 shots on goal compared to Cornell’s five, and the Leopards took six corners and allowed just one on the defensive end.

“[We] weren’t finishing in the circle when we had opportunities,” Di Maio added.

The Leopards resume Patriot League play tomorrow at home at 12 p.m. to kick off homecoming festivities against Colgate University.

“We’re focusing on what we need to do individually to get the whole team where it needs to be,” Di Maio said. “Colgate should be a good game.”