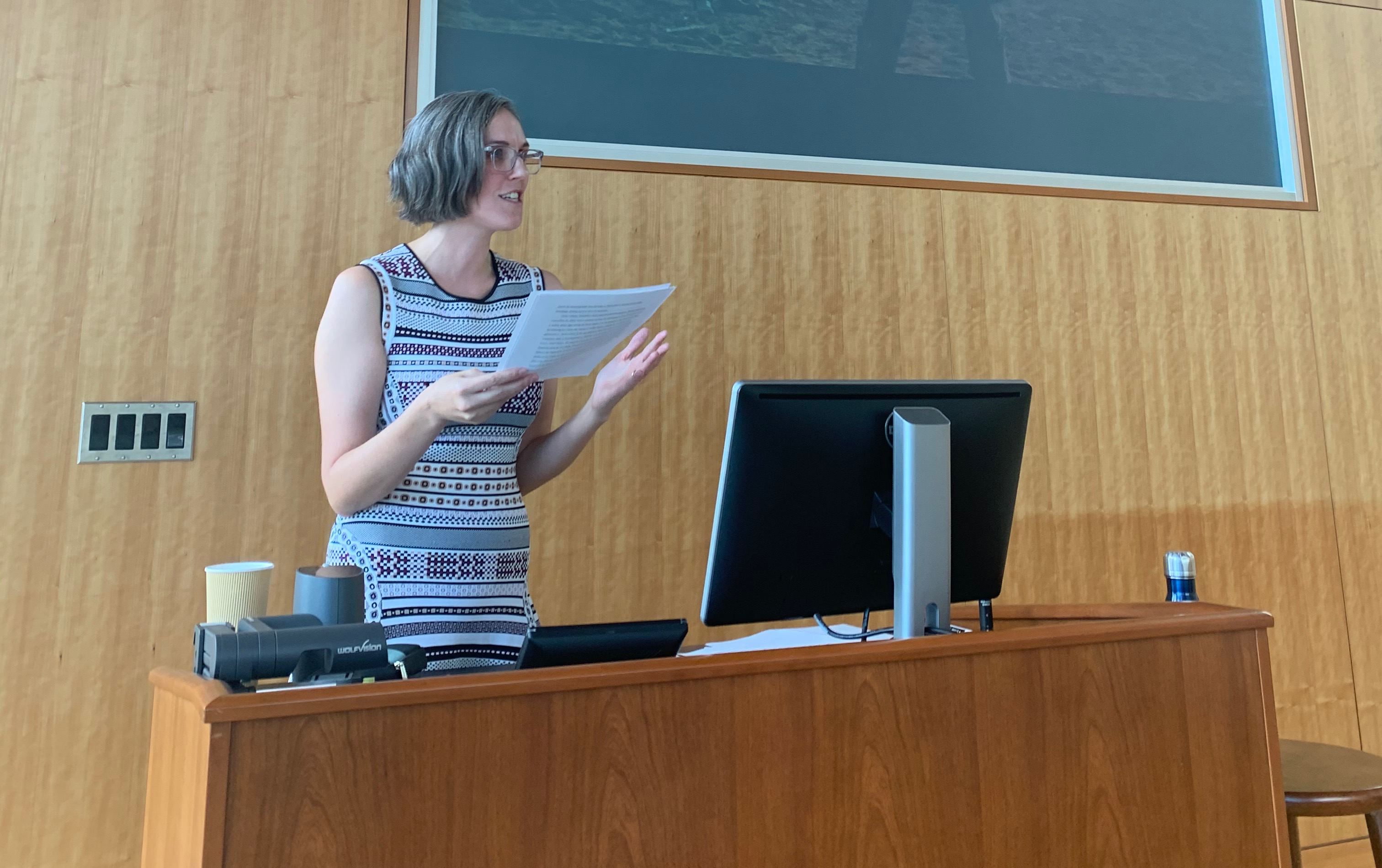 What’s the first thing that comes to mind when you hear the word “Amazon?” Rainforests? Online shopping? Wonder Woman?

Lise Leet, a professor of French and francophone studies at Franklin & Marshall College, would likely think of Camilla, the fierce Amazon warrior maiden described in Virgil’s “Aeneid” (19 BC). On Wednesday, Leet explained this connection in her discussion of the hybrid nature of femininity and masculinity of Amazonian women.

“[Camilla] is ideally feminine and yet rides a swift war horse,” Leet said. “She wields not knitting needles as one opponent suggests she should, but deadly weapons.”

“The Amazons exist at the intersection between stereotypical, courtly femininity and male knighthood,” Leet said, while showing a picture of the Amazonian queen Penthesilea, where she is clad in full chivalric armor, bow and arrow at the ready, and her blonde hair flowing visibly behind her, serving as a constant reminder of her immutable femininity.

Leet also explored modern-day examples of this warrior woman archetype in pop culture, such as Brienne of Tarth from “Game of Thrones,” whose exemplarity in battle defies the stereotypes of women portrayed in television.

The existence of fierce female characters like Brienne speak to the “eagerness of contemporary audiences to watch women reject the gendered expectations of men,” Leet said.

The Amazon warriors do not exist today, but their model of unapologetic resistance can be seen throughout history and in contemporary society.

Although Leet has loved the narratives of heroic women like Camilla and Penthesilea since reading about them in graduate school, she didn’t recognize the true relevance of the Amazonians until the 2016 election, she wrote in an email after the talk.

“When I observed that misogynistic, racist, and ableist rhetoric did not immediately disqualify political candidates but rather became part of our cultural vernacular, the Amazons became more urgent,” Leet wrote.

The Amazonian women do not sit still when their male opponents throw humiliating and slanderous remarks their way, according to Leet. Instead, they strike back against offensive acts, refusing to suffer just because their gender dictates that they must.

She relates these Amazonian characteristics back to Game of Thrones, highlighting when Camilla’s male opponent attempts to insult her on the battlefield with lewd remarks, she simply strikes him dead and retorts to his corpse, “I do not know how to do battle on my back.”

To this point, Leet notes how Brienne of Tarth violates her knightly duty of chastity by sleeping with Jamie Lannister, but this does not make her any less of a leader.

“We must not wait until we are perfect before we dare to lead,” Leet wrote. “Imperfect men have been leading for millennia, and it’s time for women to do the same.”

“This character of a female who wants to be involved in battle and not seen as just a figure of love or rejection,” Gillian MacDonald ’22 said after the talk, “It keeps popping up in history, [and] it traces back all the way to the 12th century, and in Game of Thrones.”

In addition to her talk, Leet also gave a lecture to Professor Olga Duhl’s French class about the symbolism of water in the 12th century romance short story, “Tristan and Iseult.”

Duhl said she plans on inviting other prominent speakers to the college during the association’s next conference on June 10-13 of next year, where they will present talks centered around the theme of “Real and Imaginary Voyages.”