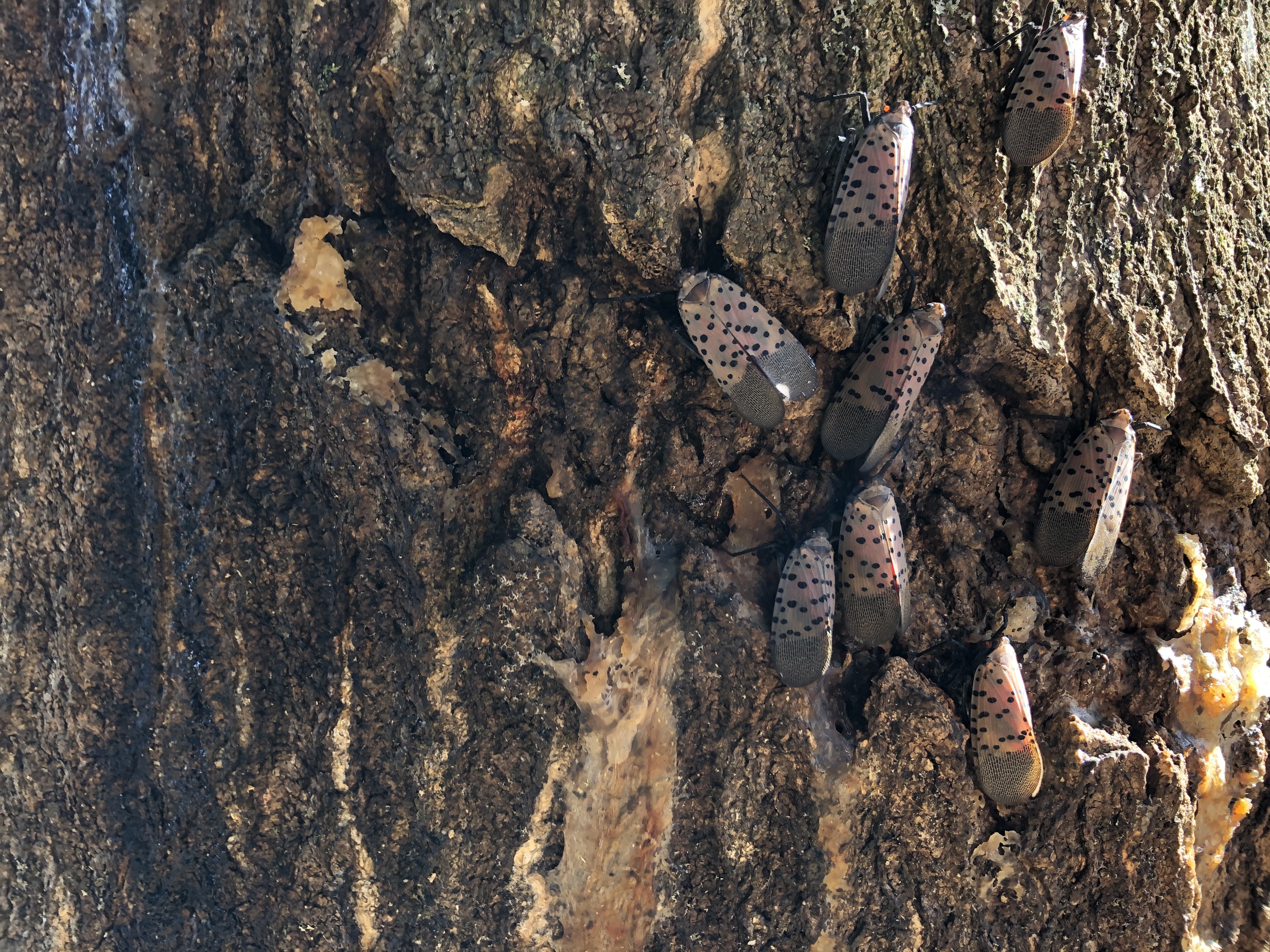 The spotted lanternfly can be detrimental to native plant species. (Photo by Claire Grunewald ’20)

Hordes of spotted lanternflies have been swarming across the eastern half of Pennsylvania, and Lafayette’s campus lies right in their path. The spotted lanternfly is an invasive planthopper species native to China, Bangladesh, and Vietnam. According to NPR, it likely made its way to Pennsylvania by hitching a trans-Pacific ride on a shipping container.

The insects aren’t particularly harmful to humans, but they can be extremely deadly to plants. In an alert about the invasive insect, the Pennsylvannia Department of Agriculture stated that the bug could cause oozing sap, wilting, leaf curling, a type of plant disease and tree dieback, the gradual death of a tree’s branches and roots.

The college is working on a variety of different methods to control the lanternfly population. According to Jeffrey Weed, the supervisor of grounds at Lafayette, the college is currently injecting specific trees at the base of the trunk with treatments against the spotted lanternfly, which doesn’t harm the tree or the surrounding soil and lasts for 24-30 months. At the time of writing, Lafayette has injected 67 trees on and around campus with this treatment.

Students are also helping to rid the campus of the intruders. Patrick Rekieta ’20, will soon be involved in a research project with something called tree banding, which involves the use of sticky bands to capture and kill spotted lanternflies before they can proliferate.

“Essentially what we’re doing is we’re helping supplement the college’s intended control for the spotted lanternfly on campus,” he said.

He added that future plans for research include collecting samples of live adult spotted lanternflies to do pesticide treatment studies on.

One countermeasure that vineyard owners use against spotted lanternflies is spraying insecticides on their crops, but this can lead to the deaths of helpful insects such as bees and ladybugs. Some scientists are looking into the use of tiny wasps called Dryinus browni, a natural predator of the spotted lanternfly that, according to NPR, lays its eggs inside spotted lanternfly eggs, hatches, then feeds on and kills the nymphs.

Although this method of biological control would minimize the use of pesticides, biology professor Nancy Waters warns against rushing into this particular solution.

“Certainly a non-naturalized organism has equal potential to generate a problem,” Waters explains. “There is no guarantee that the wasp won’t become an invasive species itself.”

Christine Oliver, an environmental, health, and safety specialist at Lafayette, said she urges anyone traveling outside of the quarantine zone, which includes 14 counties in eastern Pennsylvania, to check their vehicles for spotted lanternflies or egg masses attempting to hitch a ride. In terms of small everyday actions, she said students should step on any spotted lanternflies they see.

Some students don’t feel too comfortable following that guideline. Shova Malla, class of ’22, said that she’s only seen a spotted lanternfly once, but didn’t squash it because “it looked really interesting.”

“I’m not wild about [stepping on the insects],” Waters said. “But I’m really not wild about an organism that has not been subject to the natural selective pressure that would keep it, in some degree, balanced with the rest of the ecosystem.”

Other students have been more enthusiastic when it comes to playing their part.