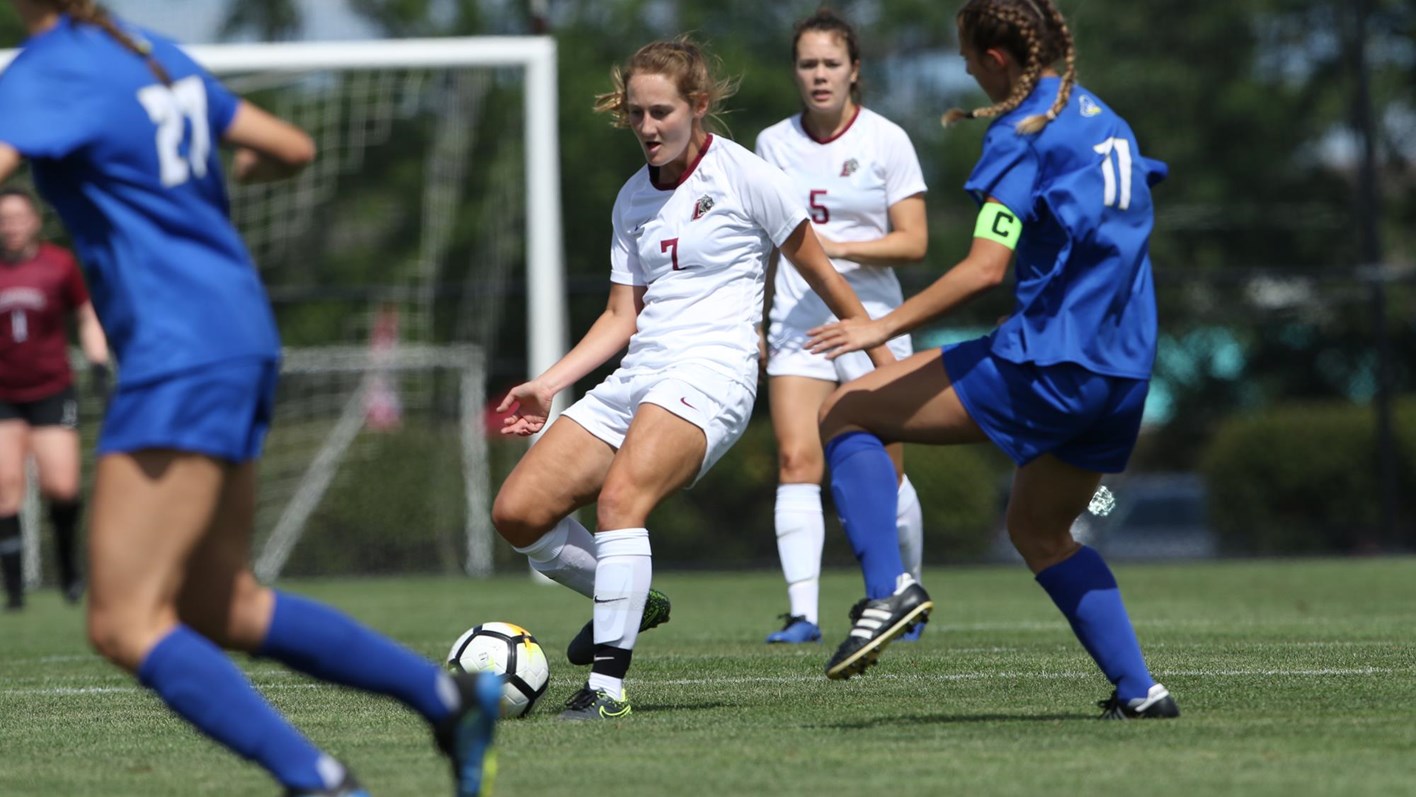 With Patriot League play looming this weekend, the women’s soccer team bumped their record to 4-3-1 with a 2-1 home win over Marist College on Sunday.

Senior midfielder and forward Abbie Bresnahan started off the game by scoring her first career goal in the first half, off a pass sent from the right side by junior forward Rebecca Schreiner.

After dealing with a couple of serious injuries throughout her college career, Bresnahan was very excited with this accomplishment, saying it was something she’s been waiting on for a while. Shreiner said the first goal was crucial to maintaining a strong performance throughout the game.

“We’ve struggled in the past getting the first goal up,” Schreiner said. “It definitely gave us more confidence going into the rest of the game.”

“Scrimmage play in practice helps with opportunities to practice [plays] like that,” Schreiner added. “It’s all about being in the right place at the right time.”

Marist scored just three minutes into the second half, tying the game at one. Less than 10 minutes later, the Leopards were back in the lead after Schreiner found the back of the net with her penalty kick. Junior forward Krista Kissell was fouled in the penalty box to set up the eventual game-winner.

“Well it’s 1-1 now so I have to score so we can win,” Schreiner said of the penalty kick opportunity. “I just have to kick as hard as I can and not overthink it.”

The Leopards outshot Marist 12-2, and held a 9-1 advantage in shots on goal.

Due to her recent play, Schreiner was named the Patriot League Midfielder of the Week. She said it felt good to receive the honor as she is coming off of a freshman year knee injury and a sophomore year hip injury. Schreiner said she’s “excited to play in her first fully healthy season,” and that the team has a lot of confidence going into Patriot League play.

“Overall we stayed strong when we needed to be, and stuck through until the end to keep the score where it was,” Schreiner added.

“The defense did an awesome job, especially in the last 10 minutes when things were getting frantic,” Bresnahan added.

“They don’t get enough credit,” she said. “They kept us in the game.”

Bresnahan said that since Marist’s coach was an assistant coach for Bucknell University from 2015-18, that the team is using Sunday’s game as a practice for the style the Bison may employ.

“We expect a similar playing model this upcoming week [against Bucknell],” she said. “This [Marist] game was a test for Saturday.”

“Last year we played them and won 2-0, but every year it’s a new team,” Schreiner added.

The Leopards begin Patriot League play tomorrow at home against Bucknell at 4 p.m.