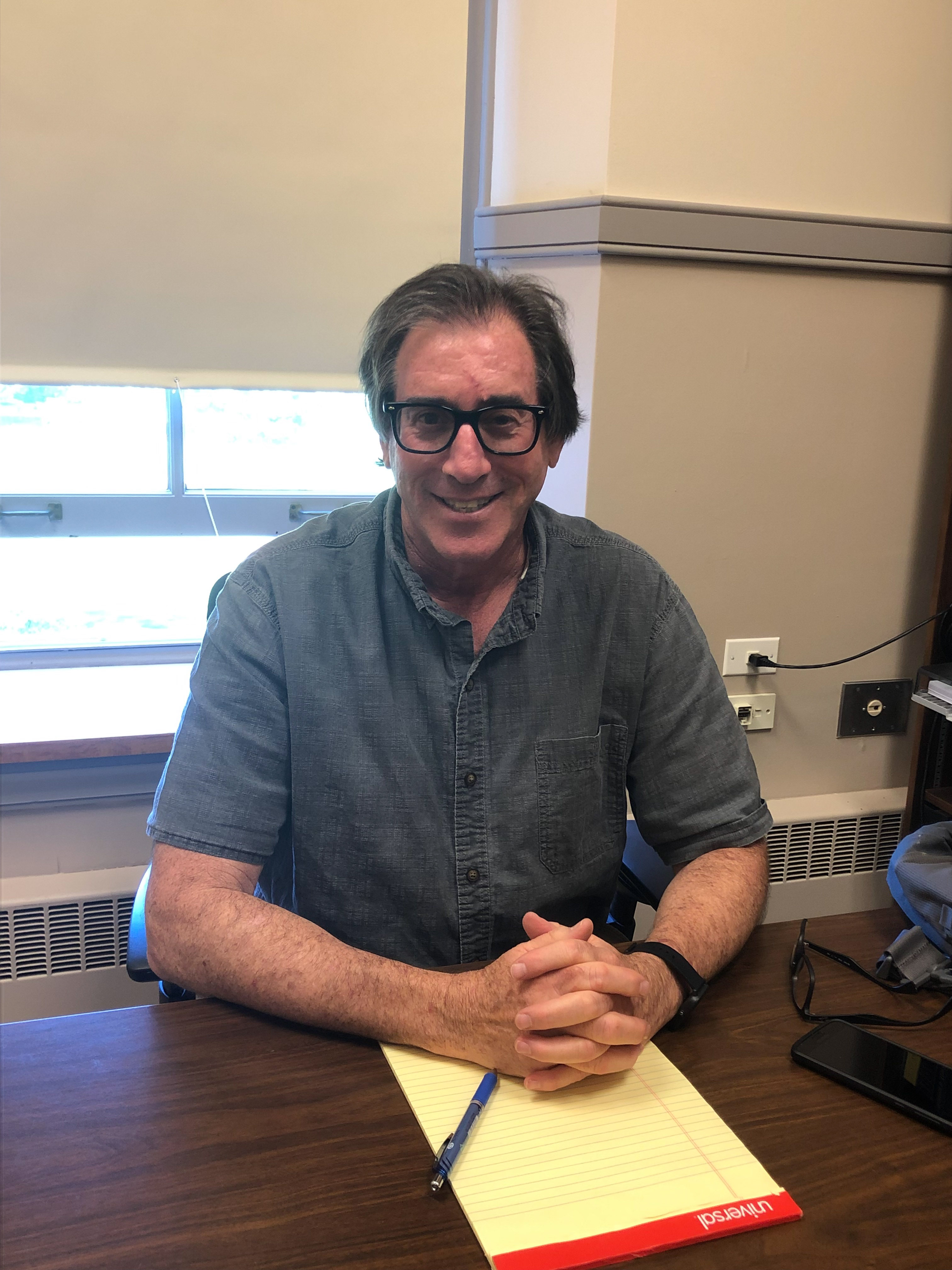 Tull focused on “empathy and understanding” during his time at Lafayette. (Photo by Olivia Newman ’22)

Herman Tull, much-loved professor of Religious Studies and campus “rockstar,” will be retiring after the fall semester.

During his time at Lafayette, Tull has gained immense popularity among students and faculty.

“I call him ‘the rockstar,’” Religious Studies department head Erik Ziolkowski said. “If I am ever walking across campus with Professor Tull, there are students running up to him as if he were David Bowie.”

“He is very popular, and has a great rapport with students and colleagues,” he added.

Rheya Jain ’21 was enrolled in Tull’s First Year Seminar and also took his class on Hinduism.

“Professor Tull made his class seem more like a community by getting to know people at an individual level,” she wrote in an email.

Jain added that Tull even took his class to an Indian restaurant in order to create that community feeling. She added that Tull is caring, understanding, and knowledgeable about his area of study.

“He has a great sense of humor,” she added. “That always made class interesting and fun to be in.”

Jain is not the only student to have intentionally taken multiple classes with Tull. Tull said that a number of his students have taken five classes with him, a significant number have taken three or four, and he has taught over a thousand students total.

Ziolkowski added that Tull often willingly teaches classes that are filled past the cap of thirty-five students.

Tull’s specific area of study is India and Indian cultures. Throughout his time at both Princeton and Lafayette, he said he has done a wide variety of religion and language work, particularly with his study of Sanskrit.

Tull describes himself as a “broad textualist,” and explained that in the last few years, he has been particularly focused on the intersection of Indian tradition and colonialism.

In his classes, Tull said he aims to take students out of their comfort zone, and “give them a cultural awareness beyond what they already know,” something he said that is especially important to him now.

“In recent years, it has become clear that we are living in a heterogenous world, and it feels like it’s a form of literacy to have empathy and understanding for the person living next door,” he said.

Tull also explained that this literacy is extremely important at Lafayette, as “the community was far more homogeneous twelve years ago,” and has improved in diversity tremendously.

In addition to his emphasis on making his students more understanding of and connected to other cultures, Tull has also made important contributions to the Religious Studies department and Lafayette as a whole, according to Ziolkowski. Ziolkowski specifically noted Tull’s use of technology, visual aids, video clips and pictures from his own travels, and the ways in which he used them to enhance his classroom experience.

“Professor Tull is a superb teacher with a wonderful gift for presenting his very broad, rich knowledge of religions in South Asia,” Ziolkowski said. “[He] has a wonderful gift for conveying that to students and colleagues, bringing religious life of India alive in the classroom.”

This was a delightful, truthful, way of giving credit to a terrific person.