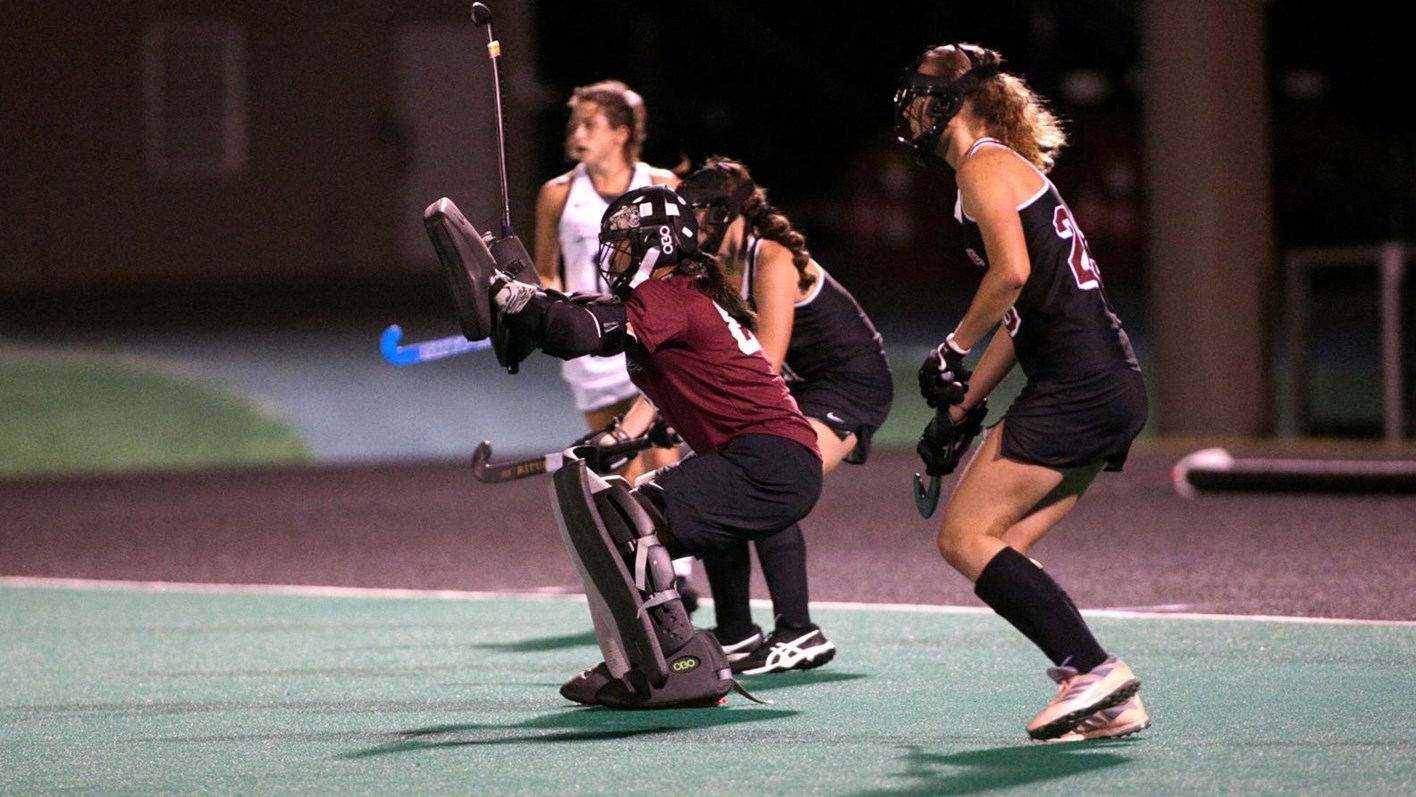 Field hockey broke through after four straight losses for their second win of the season on Sunday. After a long standstill in their matchup with Providence College on Friday ended in a 1-0 shootout loss, the Leopards would not let up against the University of Richmond. Freshman defender Simone Hefting scored the game-winning goal in overtime to seal the 2-1 victory.

“It was a relief that we won because there were a lot of games we were close to winning,” Hefting said. “A lot of overtime. The vibe was better. Every time we felt we had to win it didn’t work out, but this game it finally worked out.”

Hefting was named the Rookie of the Week in the Patriot League for her goal, as well as her defense.

“I think that’s one of the reasons why you come here,” Hefting said. “You show who you are. I really appreciate it. I’m really happy that it’s going as it’s going.”

“I just do what I gotta do,” she added. “I try to defend as well as possible, to find the right passes, and to coach them in the field. I wouldn’t say everything goes right on my side. I make a lot of mistakes too.”

Senior goalkeeper Sarah Park, who earned Patriot League Goalie of the Week honors, saved all six shots during regulation and overtime in the Providence game, before the Friars broke through in the shootout to take the win at Rappolt Field.

“I am very honored to have received this distinction this week,” Park wrote in an email. “It definitely caught me by surprise given how many talented keepers there are in the Patriot League. But at the same time, I am not allowing this to be an opportunity to become complacent, and [I will] use this to continue to improve my performance on the field.”

Hefting made her mark with her first shootout goal. She said she made one of two of her shootout attempts in scrimmages, but they don’t practice it much as a team, and she hadn’t attempted any before college play. The subsequent shootout attempts for the Leopards didn’t find the back of the net.

“Practices have been very centered around individual defense and improving defense overall,” Park wrote. “I think all those training sessions began to reflect into our actual play and helped develop a stronger defensive unit.”

“For myself, I think it’s just my mentality that has helped me,” she added. “My past couple seasons have been affected by my mentality whenever a goal would be conceded, but this year I feel a lot more confident within my abilities.”

Junior midfielder Anna Steps found Hefting for the golden goal under three minutes into the extra period. It was a penalty corner set, and Hefting said she just looked to get a shot on net.

“I didn’t expect to score, so it was kind of a surprise for me as well,” she said.

Next for the field hockey team will be their Patriot League opener a home against the College of the Holy Cross tomorrow at 1 p.m. While Hefting is glad the team won, she sees room for improvement going into the conference schedule.

“I think we have to connect better,” Hefting said. “We’re not always able to find easy passes. We want to go for the long hits, but it’s not always possible, or we run with the ball ourselves. We need to find the right connections, that’s our focus.”

“The expectations are pretty high,” she added. “We’re really looking to win the Patriot League if possible. We expect that’s possible.”