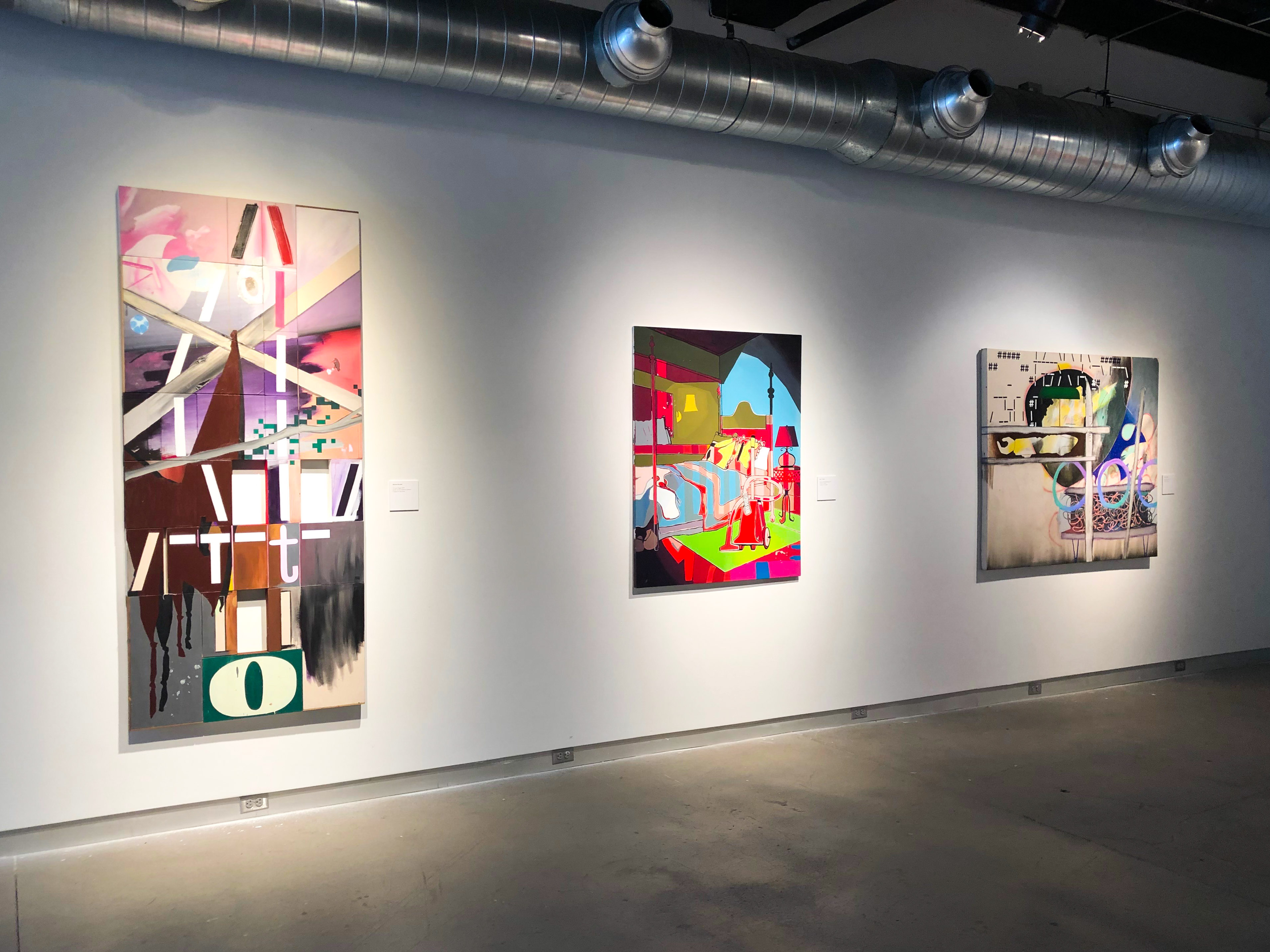 Kim Thomas Malm ’90 and Michael Kondel’s ‘Common Ground’ will be exhibited at the Grossman Gallery from Sep. 3 to Oct.12 (Photo by Brandon Marin ’22)

“Growing up on a farm, you’re always making shit,” Michael Kondel said, one of the artists of the “Common Ground” exhibit at the Grossman Gallery.

The exhibit, taking place from Sept. 3 through Oct. 12, displays work from both Kondel and Kim Thomas Malm ’90.

Kondel said that he and Malm attempted to explore a world of recollections and moments in time and space in the wake of feeling “lost in this space based on memory.”

Malm’s works have been exhibited around towns in Pennsylvania such as East Stroudsburg, Fort Washington, Philadelphia and Allentown, as well as an exhibition in New York City.

“Kim works with domestic themes and methods such as sewing and computer generated collage, which allows her to introduce a wide variety of graphic imagery in her richly hued works,” Director of Lafayette Art Galleries Michiko Okaya wrote in an email.

In addition to being a Lafayette alumni, Malm taught as an adjunct professor at the college from 1999 to 2005, where she taught intermediate painting, drawing, intermediate drawing and 2-D design. She also taught in other colleges and universities such as the University of Pennsylvania, Lehigh University, Cabrini College and Harcum College.

Kondel is often inspired by his upbringing. He grew up between the urban and the rural, providing him with “a strange dichotomy.” He believes that his “rural influence adds a touch of humanity,” which he finds that people tend to latch onto in his work.

In the future, Kondel hopes to pursue a career in teaching, as he feels that he has a lot to offer for students due to his past life experiences.