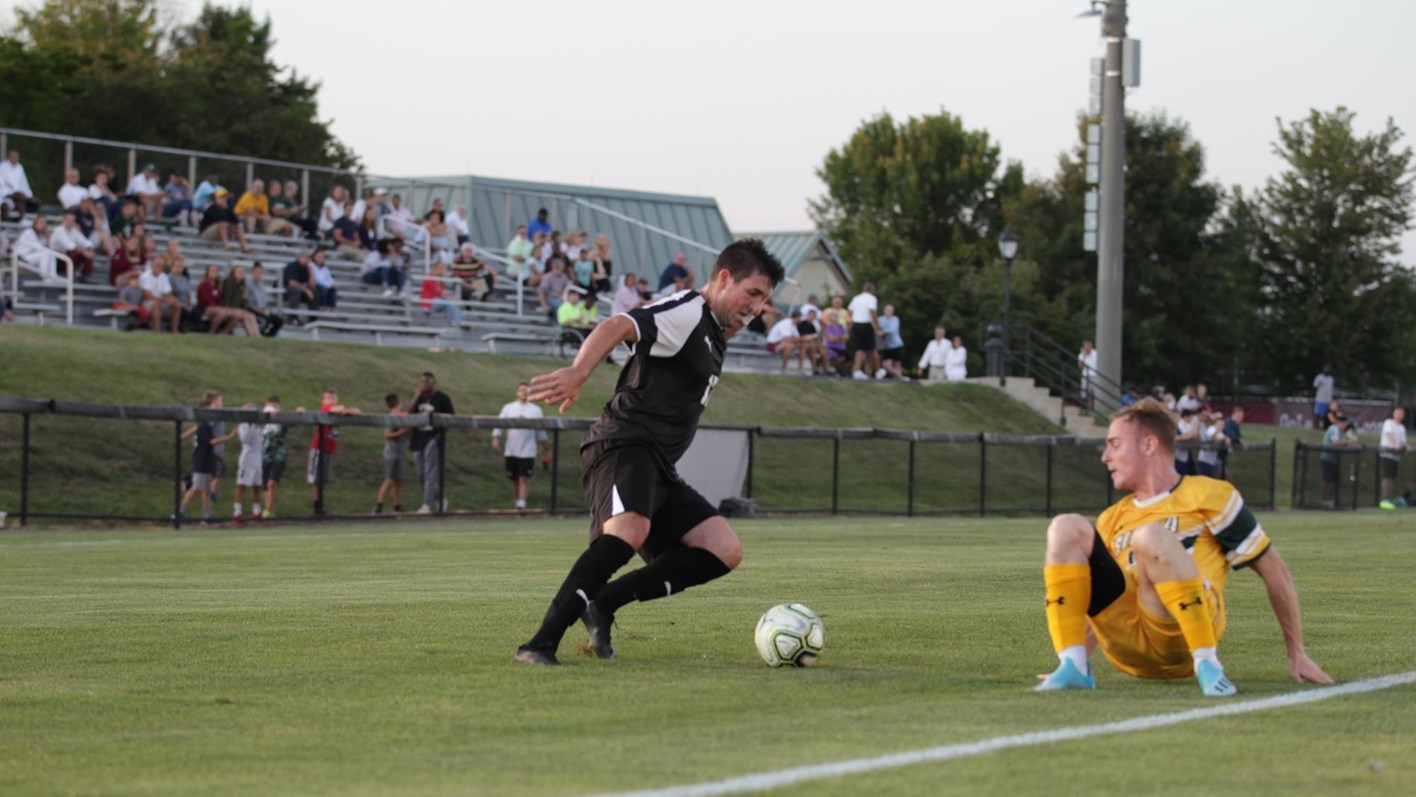 The Lafayette men’s soccer team is off to its best start since 2009, going 4-1-1 through non-conference play. Sophomore goalie Alex Sutton has contributed to that success, posting three consecutive shutouts to open the season, and adding a fourth on Tuesday in the team’s 3-0 win over La Salle University.

“I think we have a solid core group of guys this year that are backed up by a deep bench,” Sutton said.

The sophomore has high exceptions for the Leopards, and himself this year.

“Considering how we have started the season I expect nothing less than making playoffs,” he said. “Once we make it there I don’t think there is anything, besides ourselves, that will stop us from making a run at a Patriot League Championship.”

“Personally, my main goal is to help the team in whatever capacity possible to help us win and hopefully [earn] an All-Patriot League first or second team selection,” Sutton added.

In the most recent shutout over La Salle, the Leopards outshot the Explorers 15-6 and held a 10-3 advantage in shots on goal.

“The defense has played a huge role in our success as a team because those guys and myself are one unit, not separate pieces,” Sutton said. “They make my job much easier because I only have to make so many saves because they prevent the rest.”

“Not to mention some of the biggest leaders and impact players on our team come from the defense,” he added. “This includes [junior defender Andrew] Venezia and [senior captain] Christian [Williams].”

Venezia has two assists this season, including one in the win over La Salle. Sutton said that Venezia saw his role significantly increase from freshman to sophomore year, and has handled that adjustment well.

As the last line of defense for the Leopards, Sutton prepares himself for each game by reminding himself how he has stood tall in previous matches.

“I’m not a particularly superstitious person but I always watch some of my highlights before every game to remind myself what I’m capable of and to get myself in the right mindset,” Sutton said. “Also I’m the last guy out of the locker room right before we head out to the field because I’m the last guy the ball has to pass before they score. I never change my routine regardless of the outcome because it’s more about getting myself in game mode than anything.”

Sutton has no reason to change his routine with the way he’s been playing. The sophomore has allowed just five goals in six contests, posting a .80 goals against average. His opponents on the other hand, have posted a 2.39 goals against average while allowing 13 goals when playing the Leopards. Sutton has a 0.848 save percentage as well, compared to a 0.698 save percentage for opposing goalies facing the Leopards.

In his freshman year at Lafayette, Sutton started all 16 games he played in and recorded a total of 57 saves with an .803 save percentage.

“I took soccer seriously on my club team Manhattan Soccer Club,” he said. “Here I played goalkeeper since I was [eight years] old. Soccer has always been my main sport and I can’t remember a time when I wasn’t playing. I probably started playing around the age of five or so.”

Since he began playing, Sutton has racked up numerous accolades. Last year, Sutton was named Patriot League Goalkeeper of the Week twice and Rookie of the Week once. He was also a two-time national champion with his Manhattan club team.

Sutton said he’s had his eye on coming to a small liberal arts school since his recruitment process began during his sophomore year of high school. That being said, Sutton didn’t seriously consider Lafayette until the end of summer going into his senior year.

“Throughout the recruitment process, I was looking mostly at smaller liberal arts schools with top-notch academics,” he said. “In August right before my senior year of high school the coaches here at Lafayette called me up and invited me for a visit and subsequent offer and I was sold.”

The team faces its first Patriot League opponent, Boston University, this Saturday at home at noon.