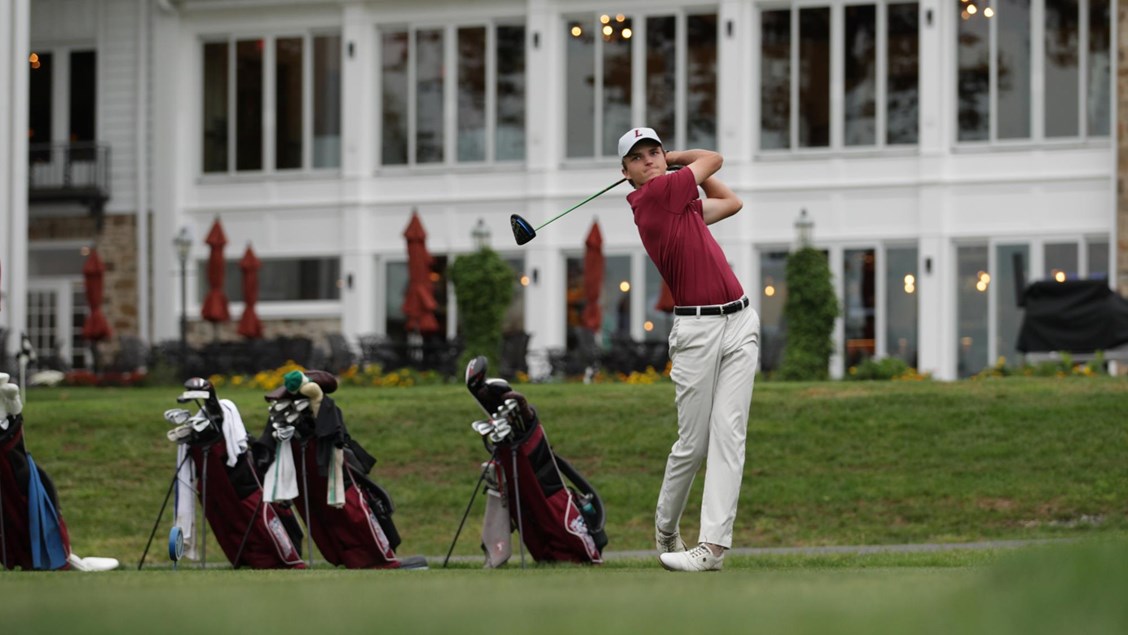 Junior Ryan Tall shot an even-par 72 in the second day of the tournament. (Photo courtesy of Athletic Communications)

The Lafayette men’s golf team finished in a tie for fifth place out of 18 teams at the Alex Lagowitz Memorial Invitational last weekend. Out of the six Patriot League schools who competed, the Leopards finished second behind Bucknell University.

Sophomore Ryan Tall recorded the best individual performance, finishing with a 215 through the three rounds and tying for second place on the par-72 course. Tall received Patriot League Men’s Golfer of the Week honors for his performance at the invitational.

“Ryan is definitely one of the most consistent players on the team,” freshman Martin Vanhaelst said. “His presence on the course guarantees a decent score for the team whether he had a good day or not. This weekend showed that very much.”

Tall shot a four-over par and was in a tie for 45th place after Friday’s opening round, but bounced back with a 66 and then a 73 in his two rounds on Saturday to climb the leaderboard. Tall’s second round 66 was the lowest of the weekend out of all 96 golfers in the tournament, and included eight birdies and just two bogeys.

Tall said it was a “blessing” that he was able to shoot so well at a familiar course against Patriot League competition. He credited God and his ability to stay patient as keys to his success on Saturday.

“The second round something just clicked and I felt like I knew where the ball was going to go,” Tall said. “That type of control helped me a lot during that round.”

Sophomore Kazuki Osawa was the other Leopard to finish in the top 10, shooting a 218 and tying for seventh place. Osawa improved in each round he played, recording a 75 on Friday and shooting 73 and 70 in his two rounds on Saturday.

“[Kazuki] came inside the top 10 which is a really great accomplishment,” Tall said. “If we didn’t have him [at the] tournament there is no way we [would have hung] with the schools we did.”

Vanhaelst also competed in the tournament, the first of his collegiate career, and shot a plus-10 overall with a final score of 226. His last round was his best one, as he carded a 71 and ended up tied for 32nd place.

“I realized this weekend that a key to being a successful collegiate golfer is to be focused at all times,” Vanhaelst said. “We will often play 36 holes in a day, which accounts for 10 to 11 hours straight on the course, which makes it a lot for one day.”

“Yet, the day isn’t over until it’s over, so my main takeaway is to stay focused on every shot until I’ve finished my round,” he added.

This weekend the Leopards travel to the Bethpage State Park Golf Course on Long Island, N.Y., for the Gimmler Invitational hosted by St. John’s University.