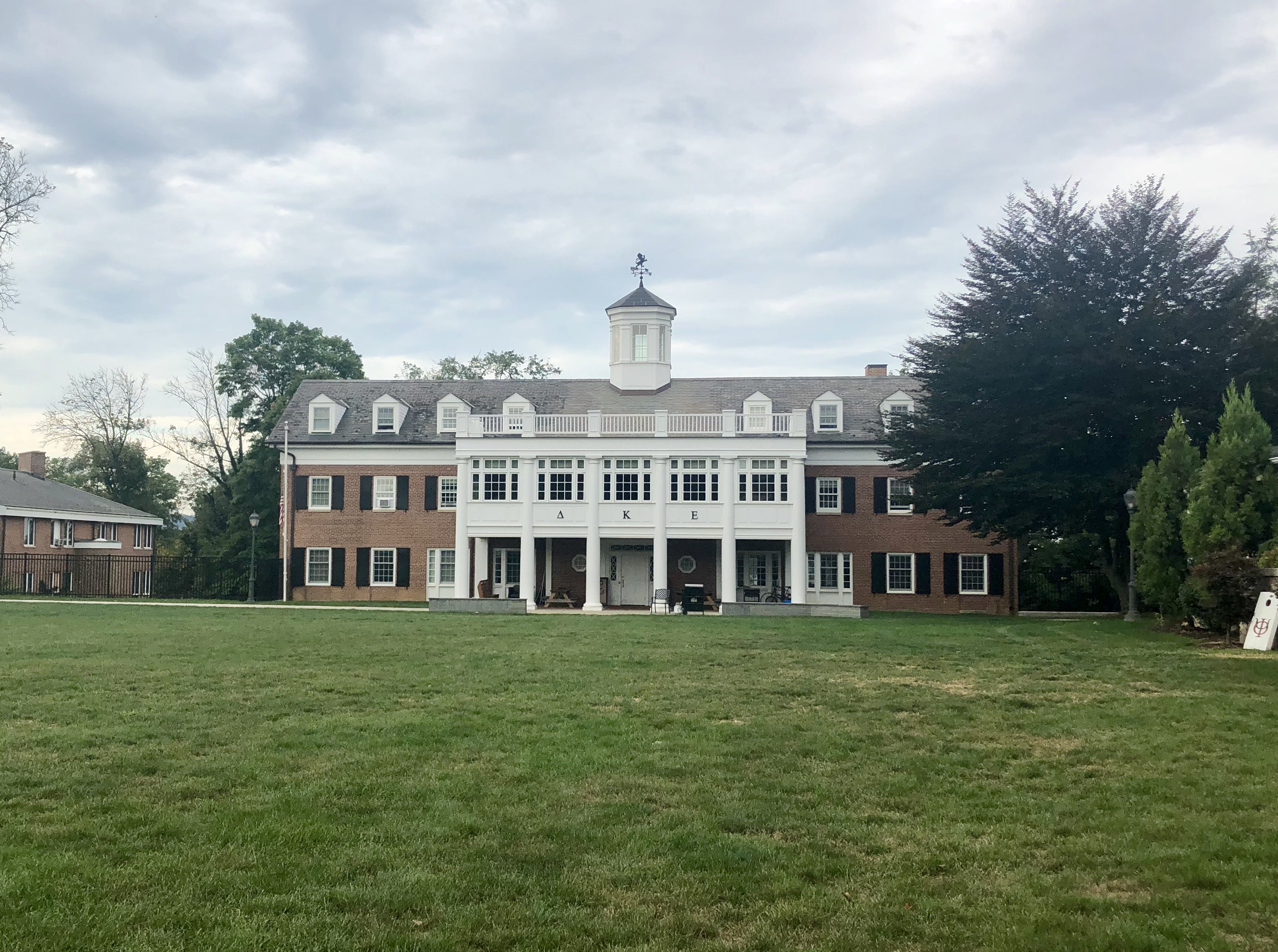 DKE had been suspended last week from giving out bids to new members. (Photo by Claire Grunewald ’20)

The Rho chapter of Delta Kappa Epsilon (DKE) was temporarily suspended from issuing bids last week due to an undisclosed reported violation of school policy. The sanction was lifted following an initial investigation, according to Vice President of Student Life Annette Diorio.

The report that led to the suspension was originally listed as “hazing” in the crime log, which was reported on September 4 with date of occurrence listed as “unknown.” However, DKE was allowed to resume all activities on Monday afternoon. Diorio said the investigation is still ongoing but could not comment on the nature of the report.

“Things in the crime log listed as ‘active investigation’ should not be taken to mean there is any proof a crime occurred,” Diorio wrote in an email. “It really just means information was reported.”

“It is also worth noting that reports are sometimes anonymous,” she added.

Craig Dick, Director of Chapter Services for the DKE national organization, also would not comment on the initial reports.

“We were pleased to learn that Lafayette College has allowed DKE to resume all activities,” he wrote in an email. “We support that decision, and we will continue to cooperate with the College and our chapter in this matter.”

Philip Arnett ’20, President of DKE, declined to comment on the suspension and the ongoing investigation.

Also in the crime log this week was a report at the Phi Kappa Psi fraternity, which is reported as occurring on September 4. According to Public Safety Director Jeff Troxell, the initial report was an anonymous 911 call to the Easton police that resulted in a welfare check by Public Safety. The crime log classified the occurrence as purchase, consumption, possession, or transportation of alcohol, and Troxell said the investigation is still ongoing.

While the date of occurrence for the DKE report is unknown, both incidents were reported during the fraternity rush period.