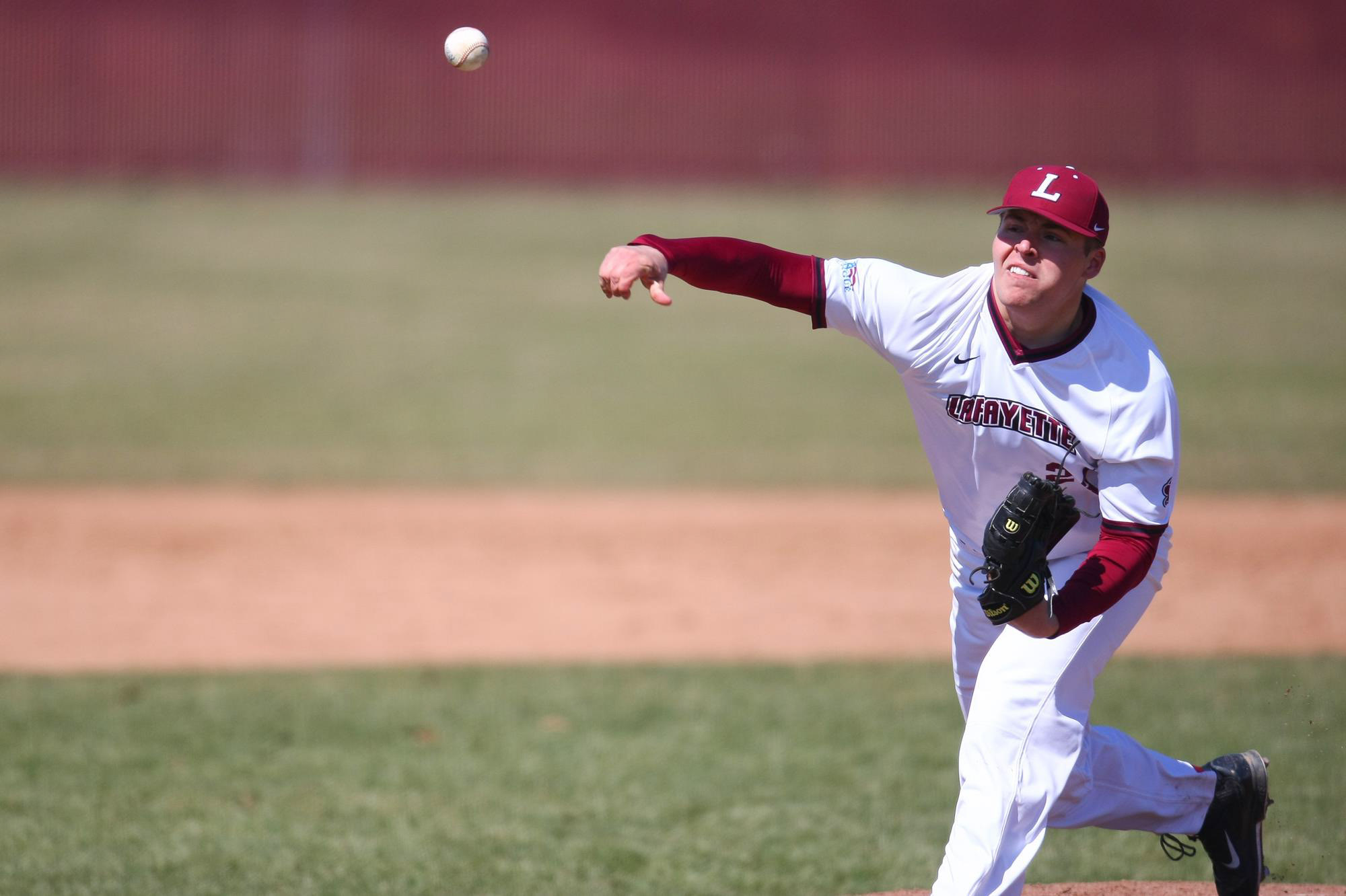 Pitcher David Bednar was drafted in the 35th round of the 2016 MLB draft after his junior year at Lafayette. (Photo courtesy of Athletic Communications)

Former Lafayette right-handed pitcher David Bednar was called up to Major League Baseball to play for the San Diego Padres. Bednar, 24, is one of nine pitchers listed on the Padres roster at his age or younger. After playing as a starter for the Leopards from 2014-2016, Bednar has pitched in relief in the minor leagues, amassing 39 career saves in four seasons, according to Baseball Reference.

The call-up was announced last Sunday, as the Padres bolstered their young pitching staff. Bednar pitched a perfect inning in his debut against the San Francisco Giants later that day.

As a Leopard, Bednar started 29 games over three years. After being drafted, Bednar decided not to return for his senior year at Lafayette. He finished with a 7-16 collegiate win-loss record, though his win percentage increased each year.

As a sophomore, Bednar recorded a 3.41 earned run average (ERA), his best in a season at Lafayette. His 3.92 ERA led the Leopards his junior year, as did his 59.2 innings pitched, and 70 strikeouts, which registered him at 10.6 strikeouts per nine innings (K/9). He also recorded his only complete game shutout at any level that year.

Statistically, he has only gotten better since leaving Lafayette. His 2.95 ERA over 58 innings this season at Double-A Amarillo earned him a spot on the Padres’ September roster. He struck out batters at a 35.8 percent clip for 86 total (13.3 K/9).

Though the Padres’ playoff chances are slim this season, their future could be looking up. Their young core includes Rookie of the Year candidates pitcher Chris Paddack and shortstop Fernando Tatis Jr. Last offseason, the team signed infield slugger Manny Machado to a 10-year contract and traded for outfielder Franmil Reyes mid-season, who has already eclipsed 30 homers in his age-24 season.

San Diego, poised to beat its 2018 win total, has the league’s top farm system as ranked by MLB.com’s Jim Callis.