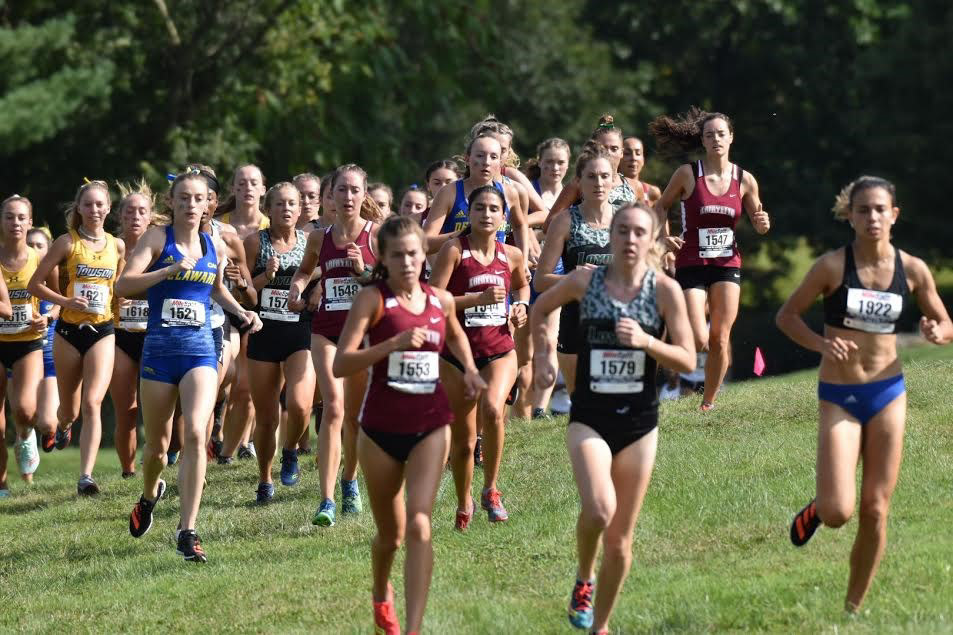 Both the men’s and women’s teams travel to Bethlehem to take on Lehigh next weekend. (Photo Courtesy of Athletic Communications)

The Lafayette cross country team began their season with a victory last Friday, with the men’s and women’s teams both finishing in first place at the Towson Invitational.

The men’s team won handily, scoring 22 points while Loyola University Maryland came in second with a score of 51 and McDaniel College finished third with 63 points. The scores are calculated by adding up the positions in which runners for each school placed, so lower scores indicate better team performance. The women’s team took first in a closer contest, beating out the University of Delaware by just three points.

On the men’s side, sophomore Brian Clayton led the way for the Leopards, finishing second out of 33 runners in the 6K with a time of 16:29.1.

“Competing freshman year was very important in terms of gaining experience in championship meets and learning how to improve racing tactics,” Clayton said. “With each race, I was able to learn something new that has helped me develop as a runner.”

Not only did the men’s team capture second place in the 6K, they also captured the third, fourth, and fifth positions as well. Finishing right behind Clayton was junior Ryan Branch with a time of 16:39.5, followed by freshman Robert Oehrlein (16:42.4) and junior Michael Neeson (16:54.2).

“Our team is focused on improving every day and competing against the best that the Patriot League has to offer,” Clayton said.

On the women’s side, the Leopards clinched first place with only one runner recording a top five finish. Sophomore Autumn Sands placed fifth out of 57 runners in the 4K with a time of 15:47.9. While the Leopards didn’t have many runners finishing in the top five, four runners finished in the top 10, including freshman Rachel Hurley who was running in her first collegiate meet. Hurley finished seventh in the 4K with a time of 15:49.9.

“I was really happy with my race,” Hurley said. “I felt like I ran really strong especially for a first college race.”

Next up for the Leopards is a trip to rival Lehigh for a dual meet on Saturday, Sept. 14.